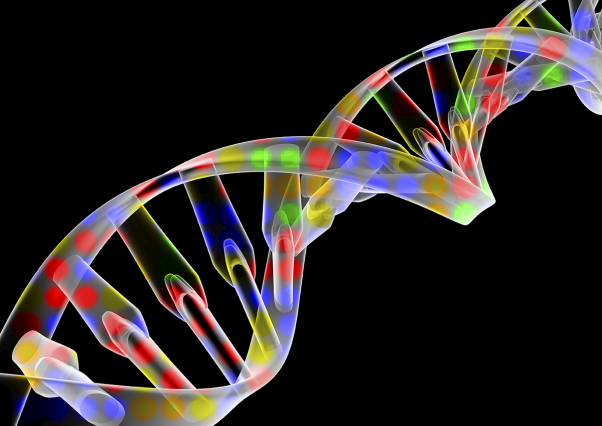 Alterations of the human 16p11.2 chromosomal region lead to a variety of cognitive disorders, including autism.

Several genetic disorders cause intellectual disability and autism. Historically, these genetic brain diseases were viewed as untreatable. However, in recent years neuroscientists have shown in animal models that it is possible to reverse the debilitating effects of these gene mutations. But the question remained whether different gene mutations disrupt common physiological processes. If this were the case, a treatment developed for one genetic cause of autism and intellectual disability might be useful for many others.

In a paper published today in the online edition of Nature Neuroscience, a research team led by Mark Bear, the Picower Professor of Neuroscience in MIT’s Picower Institute for Learning and Memory, showed that two very different genetic causes of autism and intellectual disability disrupt protein synthesis at synapses, and that a treatment developed for one disease produced a cognitive benefit in the other. The research was performed by postdoc and lead author Di Tian, graduate student Laura Stoppel, and research scientist Arnold Heynen, in collaboration with scientists at Cold Spring Harbor Laboratory and Roche Pharmaceuticals.

One heritable cause of intellectual disability and autism is fragile X syndrome, which arises when a single gene on the X chromosome, called FMR1, is turned off during brain development. Fragile X is rare, affecting one in about 4,000 individuals. In previous studies using mouse models of fragile X, Bear and others discovered that the loss of this gene results in exaggerated protein synthesis at synapses, the specialized sites of communication between neurons.

Of particular interest, they found that this protein synthesis was stimulated by the neurotransmitter glutamate, downstream of a glutamate receptor called mGluR5. This insight led to the idea, called the mGluR theory, that too much protein synthesis downstream of mGluR5 activation gives rise to many of the psychiatric and neurological symptoms of fragile X. Bear’s lab tested this idea in mice, and found that inhibiting mGluR5 restored balanced protein synthesis and reversed many defects in the animal models.

Another cause of autism and intellectual disability is the loss of a series of genes on human chromosome 16, called a 16p11.2 microdeletion. Some of the 27 affected genes play a role in protein synthesis regulation, leading Bear and colleagues to wonder if 16p11.2 microdeletion syndrome and fragile X syndrome affect synapses in the same way. To address this question, the researchers used a mouse model of 16p11.2 microdeletion, created by Alea Mills at Cold Spring Harbor Laboratory.

Using electrophysiological, biochemical, and behavioral analyses, the MIT team compared this 16p11.2 mouse with what they already had established in the fragile X mouse. Synaptic protein synthesis was indeed disrupted in the hippocampus, a part of the brain important for memory formation. Moreover, when they tested memory in these mice, they discovered a severe deficit, similar to fragile X.

These findings encouraged the MIT researchers to attempt to improve memory function in the 16p11.2 mice with the same approach that has worked in fragile X mice. Treatment with an mGluR5 inhibitor, provided by a team of scientists at Roche led by Lothar Lindemann, substantially improved cognition in these mice. Of particular importance, this benefit was achieved with one month of treatment that began well after birth. The implication, according to Bear, is that “some cognitive aspects of this disease, previously believed to be an intractable consequence of altered early brain development, might instead arise from ongoing alterations in synaptic signaling that can be corrected by drugs.”

Current research indicates that well over 100 distinct gene mutations can manifest as intellectual disability and autism. The current findings are heartening, as they indicate not only that drug therapies might be effective to improve cognition and behavior in affected individuals, but also that a treatment developed for one genetic cause might apply more broadly to many others.

In one aspect of vision, computers catch up to primate brain

A week at MIT

Virus turns deadly fungus from foe to friend in plants