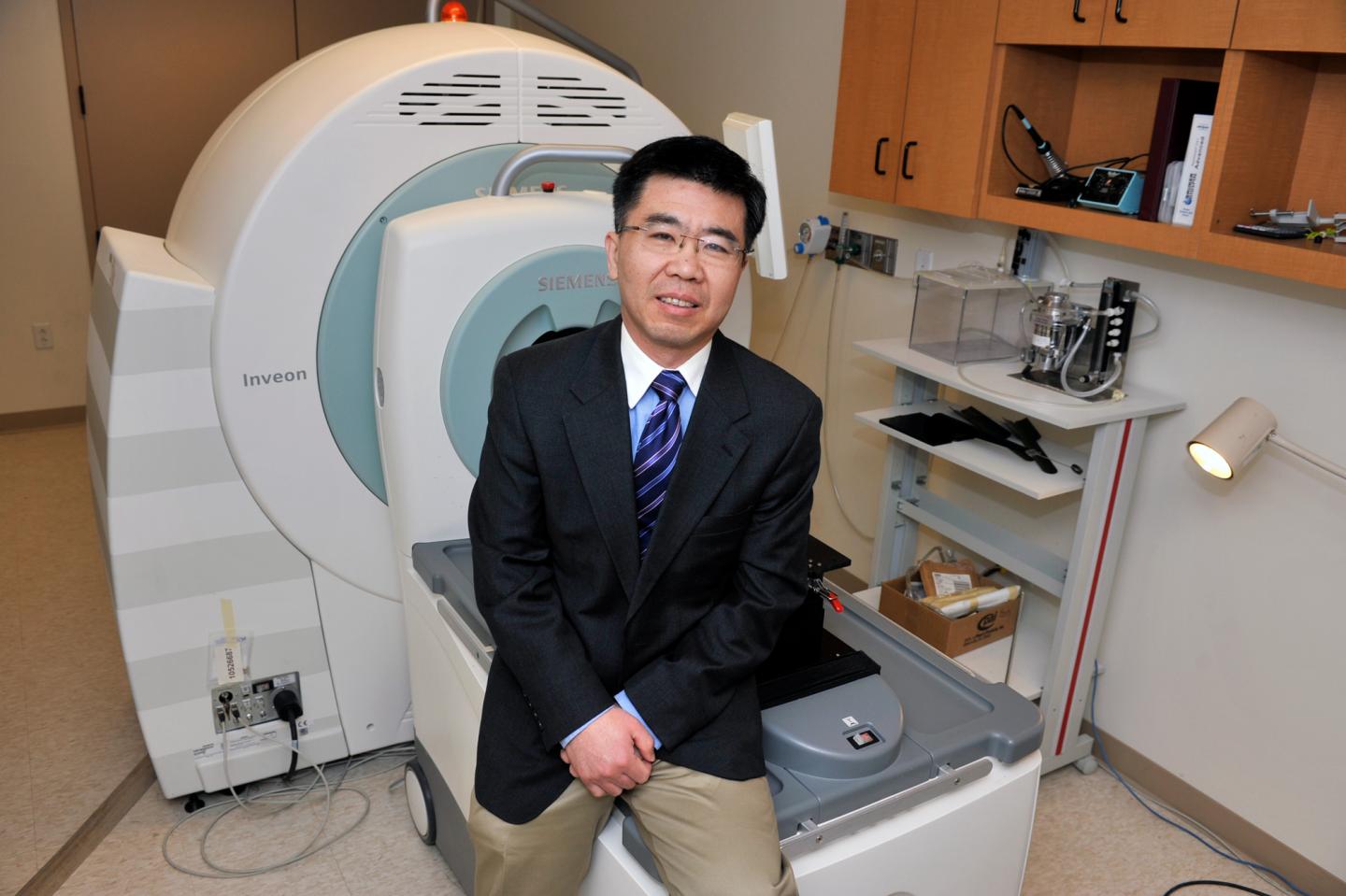 Created by Case Western Reserve University researchers, the drug will be tested with in healthy volunteers at Cleveland Clinic Mellen Center for Multiple Sclerosis

A new drug that could make it easier for doctors to diagnose multiple sclerosis (MS) in its earlier stages has been approved for its first human trials by the U.S. Food and Drug Administration (FDA).

An autoimmune disease affecting 2.3 million people worldwide, according to the National Multiple Sclerosis Society (NMSS), MS can be a particularly difficult disease to diagnose. That’s especially true in its early stages, due to unpredictable combinations of symptoms and their severity, and because of limitations in other available imaging methods.

Myeliviz (pronounced “MY-luh-viz”), targets and binds to myelin–the sheathing surrounding nerves that is affected by MS–and allows for its imaging by a PET scanner, a common hospital tool.

The drug has the potential to provide a new source of evidence to help physicians determine the existence and extent of damage to the central nervous system (CNS) from MS.

The trials have been made possible by a $1.7 million grant from the National Institutes of Health.

“Myelin has never been directly imaged before. Our technique is the first to do so, and we are hopeful that this will provide earlier and more accurate diagnosis of MS,” said Yanming Wang, co-inventor of Myeliviz and professor of radiology at the School of Medicine. He is also the co-principal investigator on the federal grant.

“The goal is to enable clinicians to more unambiguously diagnose MS and monitor disease progression and repair processes,” said Robert Fox, vice chair for research in Cleveland Clinic’s Neurological Institute and co-principal investigator on the grant.

Administered by an IV before a PET scan, Myeliviz targets and binds to myelin–acting as a marker in PET images. Normal myelin and damaged myelin have different patterns of Myeliviz uptake. Areas where myelin has been damaged appear as dark spots on the images, providing doctors with a potential new form of evidence to help determine MS diagnoses.

Given that MS can damage the CNS before its symptoms become apparent, the potential for earlier and more accurate diagnoses of the disease could help doctors use current treatments more effectively, such as during key early stages when the long-term severity of debilitating effects can be better influenced.

“Myeliviz could be the missing link in finding a cure for MS and other myelin diseases by serving as a specific and quantitative imaging marker for early diagnosis and sensitive, quantitative evaluation of novel therapies currently under development,” said Chunying Wu, the drug’s co-inventor and instructor of radiology at Case Western Reserve.

The combination of Myeliviz and PET imaging may be able to supplement, and perhaps in some cases replace, the use of magnetic resonance imaging (MRI) machines–which indirectly image myelin. The current standard-of-care imaging examination for MS, MRIs have long been used for diagnoses but are less effective for monitoring the disease.

“This drug may provide improved ongoing monitoring of brain health in general–and help doctors more accurately gauge the effectiveness of treatments in numerous neurological diseases such as epilepsy, stroke, neurodegeneration, tumor and trauma in the brain and spinal cord,” said Mykol Larvie, director of functional neuroimaging at Cleveland Clinic, who leads efforts on the FDA application process.

MS is most often diagnosed between the ages of 20 and 50, according to the NMSS; MS is not contagious or directly inherited.

Solutions to urban heat differ between tropical and drier climes