New drug combination lengthened survival for some with lung cancer

A study conducted under the Lung Cancer Master Protocol (Lung-MAP) found that patients with advanced non-small cell lung cancer whose cancer had progressed on previous immunotherapy lived significantly longer when treated with a combination of ramucirumab (Cyramza®) plus pembrolizumab (Keytruda®) than when treated with one of the current standard therapies for this type of cancer. The hazard ratio (with 80 percent confidence interval) for overall survival (OS) time for patients on the investigational arm versus the standard of care arm was 0.69 (0.51-0.92). Median OS times on the two arms were 14.5 and 11.6 months, respectively. 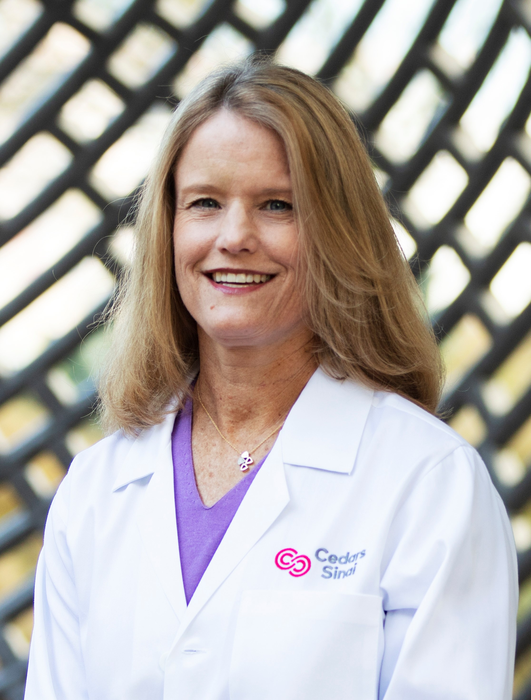 A study conducted under the Lung Cancer Master Protocol (Lung-MAP) found that patients with advanced non-small cell lung cancer whose cancer had progressed on previous immunotherapy lived significantly longer when treated with a combination of ramucirumab (Cyramza®) plus pembrolizumab (Keytruda®) than when treated with one of the current standard therapies for this type of cancer. The hazard ratio (with 80 percent confidence interval) for overall survival (OS) time for patients on the investigational arm versus the standard of care arm was 0.69 (0.51-0.92). Median OS times on the two arms were 14.5 and 11.6 months, respectively.

The study, known as S1800A, was run as part of Lung-MAP, the first lung cancer precision medicine trial supported by the National Cancer Institute (NCI), part of the National Institutes of Health (NIH), and was conducted within the NCI’s National Clinical Trials Network (NCTN) and the NCI Community Oncology Research Program (NCORP).

The S1800A principal investigator is Karen Reckamp, MD, MS, director of the Division of Medical Oncology and associate director of clinical research at Cedars-Sinai Medical Center, Los Angeles. Dr. Reckamp will present the trial results at the ASCO meeting.

“This is the first trial to show a survival benefit with ICI and VEGFR inhibition for patients with advanced lung cancer who have experienced tumor progression on prior ICI,” Reckamp said.

Pembrolizumab is one of a class of immunotherapy drugs known as immune checkpoint inhibitors (ICIs), and ramucirumab is a vascular endothelial growth factor receptor-2 (VEGFR-2) inhibitor, a class of drugs that block an enzyme needed to form blood vessels.

The randomized phase 2 S1800A study enrolled 136 eligible patients with stage IV or recurrent non-small cell lung cancer. These patients had been previously treated with ICIs. In all cases, patients’ tumors eventually became resistant to these drugs and grew or spread before the patient enrolled in the S1800A trial.

The trial accrued rapidly and with a diverse population, in large part because of the robust outreach of the Lung-MAP master screening protocol. Roy S. Herbst, MD, PhD, deputy director of Yale Cancer Center, Lung-MAP founding and principal investigator, and senior author on the paper commented, “The unique nature of the public–private partnership of Lung-MAP, supported by the expansive and diverse nature of the NCI’s NCTN and NCORP, allowed us to bring these new therapies to patients with advanced lung cancer nationwide at no cost to patients – an important improvement in patient access.”

Overall survival was the trial’s primary endpoint. Secondary endpoints included progression-free survival time (PFS) and objective response rate (ORR). The researchers found no significant difference between the arms in PFS (hazard ratio [80 percent confidence interval]: 0.86 [0.66-1.14]; medians: 4.5 months on the ramucirumab plus pembrolizumab arm vs. 5.2 months on the standard of care arm) or in ORR (22 percent vs. 28 percent).

Treatment on the trial’s control arm was chosen by the physician and patient from among a set of four standard chemotherapy options: docetaxel plus ramucirumab, docetaxel alone, gemcitabine, or pemetrexed. Approximately two-thirds of patients on standard therapy received docetaxel and ramucirumab as the most active therapy approved in this setting.

The researchers note that S1800A’s relatively small sample size means the trial’s results cannot be seen as definitive, and the combination should be studied in a larger trial.

“These results represent a potential paradigm-changing regimen in a setting where limited options exist,” Reckamp said. “A phase 3 trial of the combination is warranted to better evaluate the impact.”

About Lung-MAP
Lung-MAP is a unique, collaborative cancer clinical trial that uses genetic screening to match patients to investigational new treatments for non-small cell lung cancers. It is built on a groundbreaking public-private partnership that includes the NCI and its National Clinical Trials Network (NCTN) including SWOG Cancer Research Network, Friends of Cancer Research, the Foundation for the National Institutes of Health (FNIH), Foundation Medicine, pharmaceutical companies that provide their drugs for studies, and several lung cancer advocacy organizations.

With the trial offered at almost 800 U.S. medical centers and community hospitals under the NCTN and the NCI Community Oncology Research Program (NCORP), Lung-MAP makes it easier for patients to receive investigational treatments to fight their non-small cell lung cancer. Lung-MAP is more flexible, efficient, and cost-effective than traditional clinical trial models, using a single “master protocol” that is amended as drugs enter and exit the trial, which preserves infrastructure and patient outreach efforts, allowing researchers to quickly answer the critical question: Does this new drug work?

Since its launch, Lung-MAP has registered more than 4,200 patients. Trial leaders have worked with 13 pharmaceutical partners, in coordination with the FNIH, to launch 15 studies, 13 of which are completed. The trial is addressing questions about the efficacy of immunotherapies and immunotherapy combinations and the validity of new biomarkers. The trial has also produced critical insights into the conduct of large-scale precision medicine trials, including issues related to tissue sampling and banking, genetic screening, and patient communication.

About the Foundation for the National Institutes of Health
The Foundation for the National Institutes of Health creates and manages alliances with public and private institutions in support of the mission of the NIH, the world’s premier medical research agency. The Foundation, also known as the FNIH, works with its partners to accelerate biomedical research and strategies against diseases and health concerns in the United States and across the globe. The FNIH organizes and administers research projects; supports education and training of new researchers; organizes educational events and symposia; and administers a series of funds supporting a wide range of health issues. Established by Congress in 1990, the FNIH is a not-for-profit 501(c)(3) charitable organization. For additional information, please visit fnih.org.

About SWOG
SWOG Cancer Research Network is part of the National Cancer Institute’s National Clinical Trials Network and the NCI Community Oncology Research Program and is part of the oldest and largest publicly funded cancer research network in the nation. SWOG has nearly 12,000 members in 47 states and nine foreign countries who design and conduct clinical trials to improve the lives of people with cancer. SWOG trials have led to the approval of 14 cancer drugs, changed more than 100 standards of cancer care, and saved more than 3 million years of human life. Learn more at swog.org, and follow us on Twitter at @SWOG.

Cyramza® is a registered trademark owned or licensed by Eli Lilly and Company, its subsidiaries, or its affiliates.