A new technology from Tel Aviv University will make it possible to insert ‘good‘ bacteria into the body or into diverse environmental niches for the purpose of injecting toxins and eliminating ‘bad‘ bacteria. Researchers believe that the breakthrough, which can be suited to target different kinds of bacteria, may become a biological replacement for antibiotics whose efficacy has been on the decline in recent years. 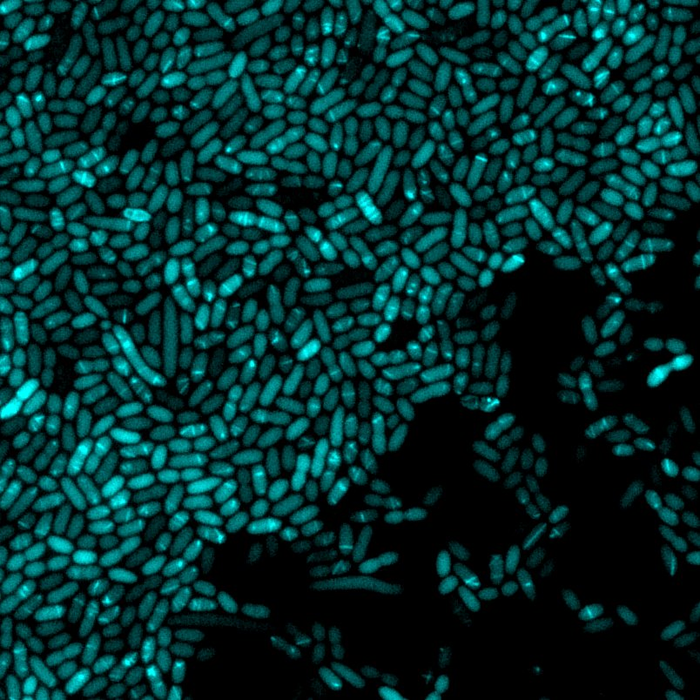 A new technology from Tel Aviv University will make it possible to insert ‘good‘ bacteria into the body or into diverse environmental niches for the purpose of injecting toxins and eliminating ‘bad‘ bacteria. Researchers believe that the breakthrough, which can be suited to target different kinds of bacteria, may become a biological replacement for antibiotics whose efficacy has been on the decline in recent years.

The study was conducted by Dr. Dor Salomon, Dr. Biswanath Jana and Kinga Kappel of the Department of Clinical Microbiology and Immunology at the Sackler Faculty of Medicine, Tel Aviv University, and published in EMBO REPORTS

“Ramot– The Technology Transfer Company of Tel Aviv University has filed a patent application to protect the technology and its application. Many companies in the field have already expressed interest in this sophisticated system developed by Dr. Dor Salomon, Dr. Biswanath Jana and Kinga Kappel”.

The World Health Organization recently defined bacteria resistance to antibiotics as one of the most significant dangers to public health and food safety. According to researchers, given that beneficial and pathogenic bacteria have fought each other over resources and nutrients since the dawn of time, they have developed a variety of sophisticated mechanisms that neutralizes their competition. Understanding the mechanisms that mediate these bacterial wars will enable their utilization and conversion into new tools that will be used to treat diseases caused by antibiotic-resistant bacteria.

In the Tel Aviv University study, researchers ‘borrowed’ a toxin injection system – known as a Type 6 Secretion System – from a pathogenic bacterium and introduced it into a ‘friendly’ bacterium, Vibrio natriegens. This ‘friendly’ bacterium is not harmful to humans or animals and can survive and reproduce under a variety of conditions. The injection system is similar to a poisoned arrow shot from a bacterium towards neighboring bacteria.

Toxins carried on the arrow then mediate the elimination of competing bacteria. With the help of central regulator protein that they identified, researchers were able to produce an ‘operating switch’ for the system and cause it to ‘turn on’ only in response to recognizing desirable environmental conditions. In addition, researchers proved it possible to control the type and amount of toxins that are loaded on the arrow, thus adjusting the system’s killing range.

Dr. Dor Salomon explains, “The system that we built allows us to engineer ‘good’ bacteria that can recognize pathogenic bacteria, attack them with toxins and neutralize them. We know how to change and control every component in the system and create a bacterium that neutralizes different strains of bacteria. This is proof of feasibility, showing that we have the knowledge and ability to create bacteria that take advantage of this killing system and may serve as antibiotic treatments. Such bacteria could replace the classic antibiotics that we currently use in a variety of scenarios”.

According to Dr. Salomon, researchers created the prototype in a bacterium occurring naturally in salt water. Therefore, it is particularly efficient at neutralizing bacteria are pathogens found in fish and other marine creatures used for food. “The system in its current form is predominantly suited for preventing and treating bacterial infections that affect the production of food from marine animals. Fish and other seafoods constitute a major food source in many regions around the world. Their productivity is severely impaired as a result of bacteria-borne diseases”, continues Dr. Salomon.

“Since we want to avoid pouring antibiotics into aquaculture farms, a biological solution such as the one we have developed is an effective alternative. Moreover, our system can also be adapted to treat pathogenic bacteria in humans, farm animals, plants and the environment”, he concludes.