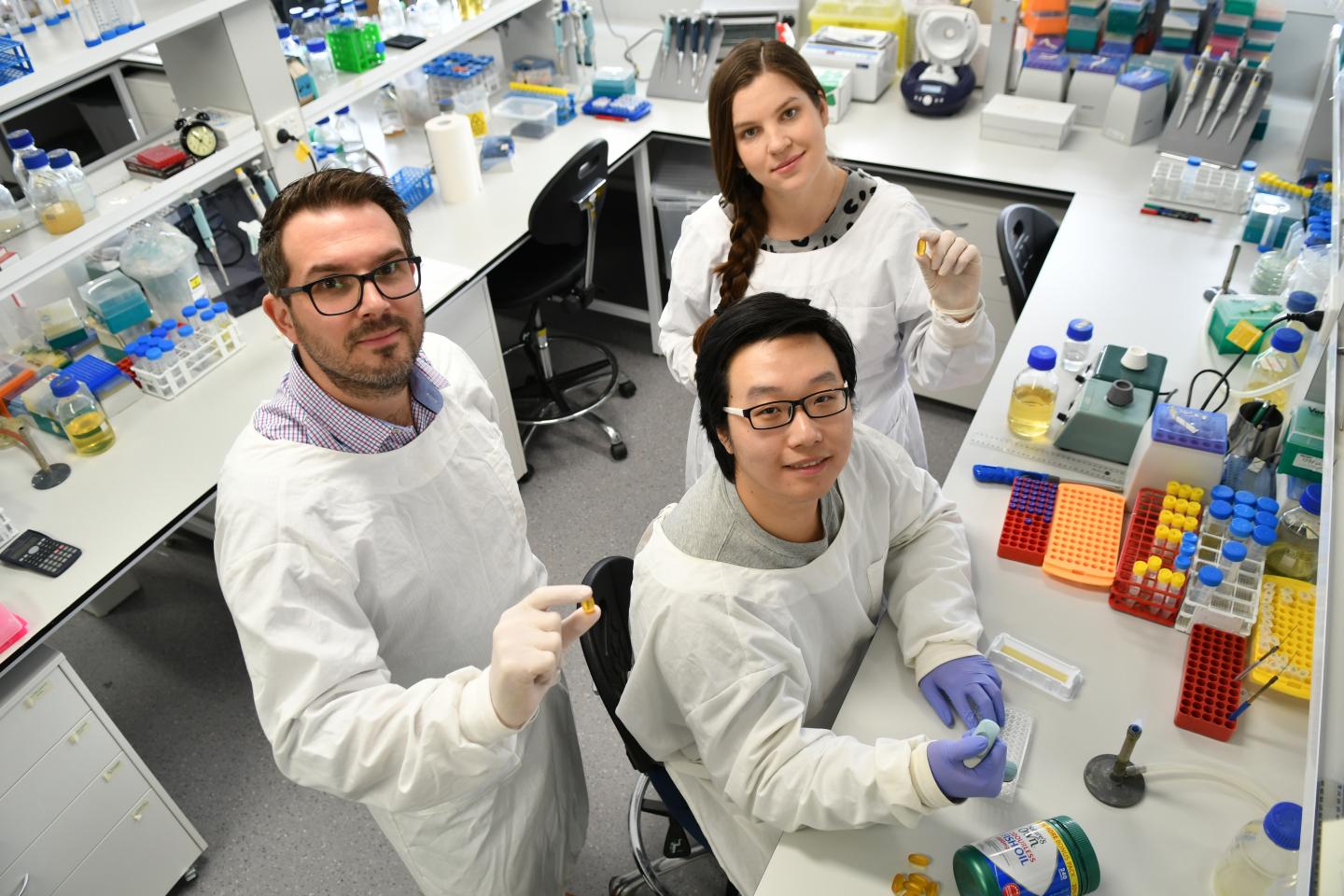 For the first time, Australian scientists have confirmed a link between the role of regular fish oil to break down the ability of ‘superbugs’ to become resistant to antibiotics.

The discovery, led by Flinders University and just published in international journal mBio, found that the antimicrobial powers of fish oil fatty acids could prove a simple and safe dietary supplement for people to take with antibiotics to make their fight against infection more effective.

“Importantly, our studies indicate that a major antibiotic resistance mechanism in cells can be negatively impacted by the uptake of omega-3 dietary lipids,” says microbiologist Dr Bart Eijkelkamp, who leads the Bacterial Host Adaptation Research Lab at Flinders University.

“In the experiments, and complementary supercomputer modelling, we found that these fatty acids in fish oil renders the bacteria more susceptible to various common antibiotics.”

“This chink in the armour of harmful bacteria is an important step forward in combatting the rise of superbugs that are developing multidrug resistance to antibiotics,” says co-author Associate Professor Megan O’Mara, from the Australian National University.

The research is vital in the field of infectious diseases caused by bacteria such as Acinetobacter baumannii, a leading hospital-acquired pathogen with unprecedented levels of antibiotic resistance around the world.

“With the rise of superbugs, we have now been able to show that greedy bacterium cannot distinguish between ‘good and bad’ host fatty acids and will consume all of these during an infection,” says another co-author Dr Felise Adams, from Flinders University.

“We know Acinetobacter baumannii is one of the world’s most notorious multidrug resistant pathogens, yet how it responds to host-mediated stress is poorly understood.”

“These studies provide new insights into the potential benefits of omega-3 supplements for bacterial infection, in particular during antibiotic treatment,” says Professor Anton Peleg, director of the Department of Infectious Diseases at The Alfred Hospital, Melbourne.