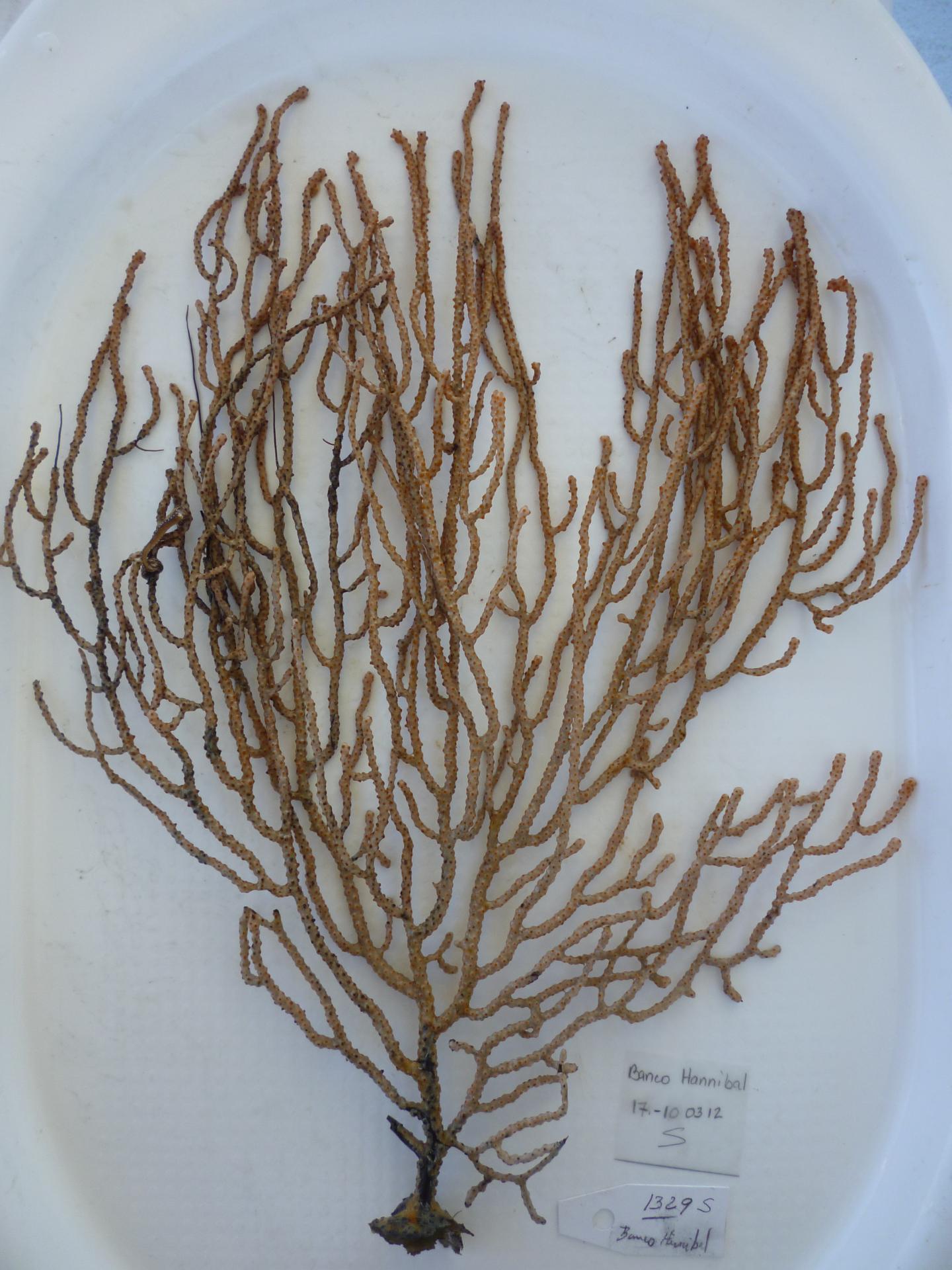 Pax, Latin for ‘peace’ made its way into the scientific name of a new coral discovered off Pacific Panama and described in the journal Bulletin of Marine Science. According to researchers at the Smithsonian Tropical Research Institute (STRI), the Centro de Investigacion en Ciencias del Mar y Limnologia at the University of Costa Rica (CIMAR) and collaborating institutions, it alludes to the need for making peace with nature and ending the devastation of the oceans.

Psammogorgia pax, collected at a depth of 63 meters (207 feet) in Hannibal Bank –a flat-topped seamount located in Coiba National Park, a biodiversity hotspot and World Heritage Site–, is part of an unexplored and understudied marine ecosystem: the mesophotic coral communities. These difficult-to-access habitats, found 40–150 meters deep and in-between shallow-water reefs and deep-water corals, are under increasing need for protection, yet little is known about their ecology and biodiversity.

Lately, submersibles have enabled marine scientists to explore these communities and collect samples, yielding a number of new octocoral species for the tropical eastern Pacific, including Adelogorgia hannibalis (2018), Thesea dalioi (2018) and Eugorgia siedenburgae (2013), all from the Hannibal Bank.

“Exploring the mesophotic zone and beyond has always been a challenge for scientists,” said Hector M. Guzman, STRI marine ecologist. “We need submersibles or remotely operated underwater vehicles (ROVs) to search and collect specimens. Not always do we have access to these resources, but each time we go deep, we come up with something new.”

P. pax is a white and fan-shaped coral. The colony is made of microscopic bone-like calcium carbonate structures, called sclerites. The composition of sclerites is characteristic for this species and differentiates it from others in the same genus, like P. arbuscula, a common shallow-water species. Until now, eastern Pacific Psammogorgia species have only been reported in shallow waters down to 30 meters (98 feet) deep. However, the occurrence of the genus in deeper waters was expected.

“Because, apart from our personal observations, we have found specimens in museum collections belonging to Psammogorgia that are the result of historical expeditions that acquired these samples by dredging down to mesophotic depths,” said Odalisca Breedy, marine biologist at CIMAR and co-author of the study. “These specimens remain unidentified and have not been considered in any biodiversity assessments.”

The recent discovery and description of P. pax is a valuable contribution to understanding octocoral diversity in Panama, a major component of mesophotic and deep-water coral communities. Ultimately, increasing knowledge about these ecosystems will be essential for safeguarding their long-term conservation.

Meanwhile, the marine researchers remain concerned about the future of the Hannibal Bank seamount, whose rich biodiversity has only been recently explored. They consider that the area could benefit from stronger environmental and conservation protections.

“The management of this international protected seamount could be reinforced, as it faces heavy fishing pressure,” Guzman said. “The same goes for the rest of Panamanian seamounts that we haven’t explored yet for lack of resources.”

The Smithsonian Tropical Research Institute, headquartered in Panama City, Panama, is a unit of the Smithsonian Institution. The institute furthers the understanding of tropical biodiversity and its importance to human welfare, trains students to conduct research in the tropics and promotes conservation by increasing public awareness of the beauty and importance of tropical ecosystems.

Family members can assist in preventing post-operative delirium by as much as 16.8%

Can’t sleep or think clearly? Maybe the culprit is bacteria

The Council will help disabled students with studying at a university