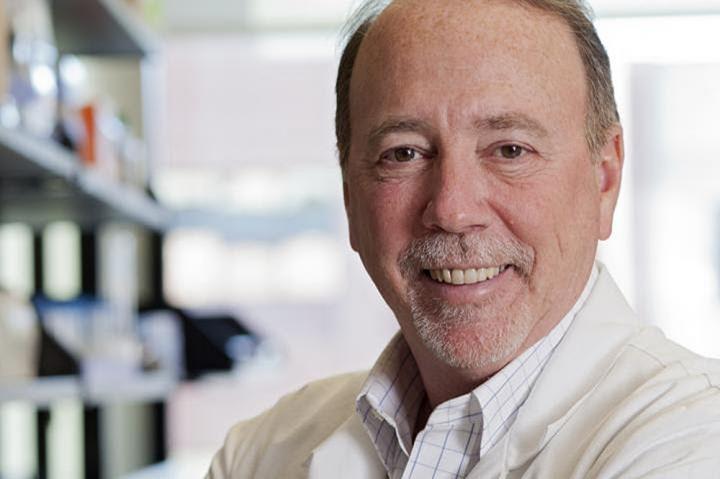 All current breast cancer drugs were first tested in cell lines. Each cell line began as cancer in a patient. As such, each cell line is a surrogate for that patient’s disease. A new database of 40 breast cancer cell lines, developed by Medical University of South Carolina investigators, will help researchers deepen their understanding of these cell lines and speed the development of new gene-targeted therapies.

“Cell lines are the front line for breast cancer research because they are derived from real patients and exhibit the characteristics of the disease that that patient experienced,” remarked Stephen P. Ethier, Ph.D., a professor in the Department of Pathology and Laboratory Medicine at MUSC and an MUSC Hollings Cancer Center researcher.

Cell lines represent cancer for what it is, said Ethier — a multifaceted disease of the genome. The broad picture of cancer as a complex disease, however, is often bypassed in research to laser-focus on only one or two gene changes. Ethier believes this — the current way of doing research — is too narrow and that developing better therapies will require evaluation of the entire genomic signature.

In an article recently published in npj Breast Cancer, Ethier and his team describe the implementation of a new resource for cancer researchers. The SUM Breast Cancer Cell Line Knowledge Base, or SLKBase, will push the field forward by providing easily navigable genomic, proteomic and other “omic” information on a total of 40 SUM and other patient-derived cell lines. The database could eventually contribute to the identification, development and implementation of truly personalized gene-targeted therapies for patients with breast cancer.

Dr. Stephen Ethier and his team hope their database will eventually expand to include cancer cell lines from all types of cancer.

Humans have approximately 24,000 genes, collectively called the genome. Written in the language of DNA, the genes act as instructions for how cells are to grow, live and replicate.

Errors in the DNA instructions within a cell can ultimately change how the cell grows, replicates and responds to natural signals that normally act as a brake to these functions. These changes cause the cell to become cancerous.

Personalized or targeted therapies, based on unique gene changes in each patient’s cancer, have been a long-term goal in oncology research and medicine, and significant progress has been made. However, implementing truly personalized therapeutic strategies has been slow.

One obstacle has been difficulty identifying and targeting the gene changes that have a function in causing disease.

Several hundred genes might have developed errors in a cancer cell, according to Ethier. “Most of the genes that are changed, however, are playing no role whatsoever in the biology of the disease,” he explained.

How can researchers identify which of those gene mutations matter and are worth targeting?

With funding from a South Carolina Clinical & Translational Research Institute pilot grant, Ethier and his team built specialized tools for SLKBase to aid in answering this very question.

“So the way to get from 500 gene changes to two or three that are playing an essential role in the biology of the disease is to do what are called genome-scale knock-out or knock-down experiments,” Ethier explained.

In the knock-down experiments, Ethier and his team performed a series of tests in which every gene in the genome was turned off one by one and evaluated for its effects on the growth or survival of the cancer cell. If the cancer cell died or stopped duplicating itself, that gene was deemed to be essential for survival. If that gene also had an error, it meant the gene was not only essential but also performed a function that made the cell behave like cancer.

Therapies that target these functional genes that drive cancer growth are likely to be most effective. From a library of more than 800 targeted experimental medications, the “Druggable Signature Tool” identifies those that are likely to be effective against the cancer cells because they target the essential genes.

The SLKBase website is open to anyone who wants to know more about breast cancer cell lines or access the immense genomic and proteomic research knowledge base.

However, breast cancer is just the beginning. There are more than 500 cancer cell lines derived from patients with virtually every type of cancer, and Ethier hopes eventually to include them all in SLKBase.

For Ethier, the gene changes driving cancer matter more than the tissue in which they occur. Cancers are a disease of the genome, no matter in which part of the body they occur. Therefore, any cancer would be expected to respond to therapy targeted to its genomic signature.

“At some point, we have to stop worrying about whether it’s breast cancer, lung cancer or colon cancer,” said Ethier. “We should be putting more emphasis on the genomic features of that cancer because cancer is a disease of the genome.”

Ethier recently signed an option agreement with the MUSC Foundation for Research Development that will enable his startup, Sextant Oncology LLC, to continue to promote the use of cancer cell lines and their functional derivatives. The mission of Sextant Oncology is to develop strategies for the reverse engineering of individual cell lines that will ultimately be useful for making targeted drug treatment predictions for patients.

Founded in 1824 in Charleston, MUSC is the oldest medical school in the South, as well as the state’s only integrated, academic health sciences center with a unique charge to serve the state through education, research and patient care. Each year, MUSC educates and trains more than 3,000 students and nearly 800 residents in six colleges: Dental Medicine, Graduate Studies, Health Professions, Medicine, Nursing and Pharmacy. The state’s leader in obtaining biomedical research funds, in fiscal year 2019, MUSC set a new high, bringing in more than $284 million. For information on academic programs, visit musc.edu.

As the clinical health system of the Medical University of South Carolina, MUSC Health is dedicated to delivering the highest quality patient care available, while training generations of competent, compassionate health care providers to serve the people of South Carolina and beyond. Comprising some 1,600 beds, more than 100 outreach sites, the MUSC College of Medicine, the physicians’ practice plan, and nearly 275 telehealth locations, MUSC Health owns and operates eight hospitals situated in Charleston, Chester, Florence, Lancaster and Marion counties. In 2019, for the fifth consecutive year, U.S. News & World Report named MUSC Health the No. 1 hospital in South Carolina. To learn more about clinical patient services, visit muschealth.org.

MUSC and its affiliates have collective annual budgets of $3.2 billion. The more than 17,000 MUSC team members include world-class faculty, physicians, specialty providers and scientists who deliver groundbreaking education, research, technology and patient care

MUSC Hollings Cancer Center is a National Cancer Institute-designated cancer center and the largest academic-based cancer research program in South Carolina. The cancer center comprises more than 100 faculty cancer scientists and 20 academic departments. It has an annual research funding portfolio of more than $44 million and a dedication to reducing the cancer burden in South Carolina. Hollings offers state-of-the-art diagnostic capabilities, therapies and surgical techniques within multidisciplinary clinics that include surgeons, medical oncologists, radiation therapists, radiologists, pathologists, psychologists and other specialists equipped for the full range of cancer care, including more than 200 clinical trials. For more information, visit http://www.hollingscancercenter.org