Latest research findings show that vaccine-elicited neutralizing antibodies against SARS-CoV-2 are mostly directed against one of the two main domains of the viral entry machinery. 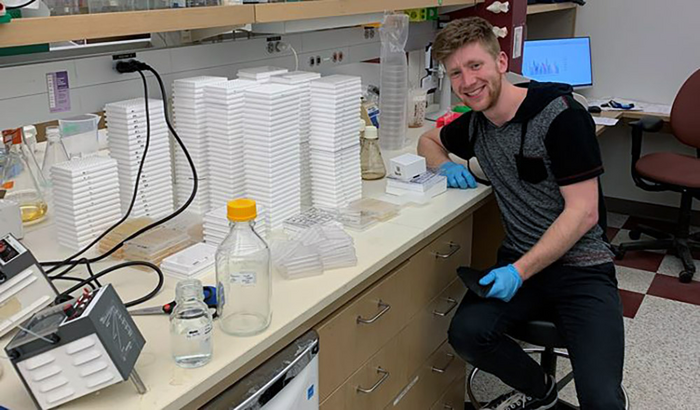 Latest research findings show that vaccine-elicited neutralizing antibodies against SARS-CoV-2 are mostly directed against one of the two main domains of the viral entry machinery.

The findings also point out a key role of the same domain of the spike in eliciting a broad antibody response against many variants, as well as related viruses.

Both findings suggest strategies for clinical development of variant-resistant vaccines and sarbecovirus vaccines as part of future pandemic preparedness.

Spike proteins, which give the virus its crown-like appearance, provide the means for the virus to enter host cells. One subunit of the spike protein engages with a receptor on the host cell and recognizes when a proper landing has occurred.

The spike also adopts a spring-loaded configuration. Its shape changes as it forces the fusion of the virus to the host cell, thereby initiating infection.

Antibodies try to ward off a SARS-CoV-2 invasion of cells by binding to sites on the viral spike protein. A wide range of currently available vaccinations, or the immune system’s own response to a bout of COVID-19, can elicit such antibodies.

An international research team led by David Veesler, associate professor of biochemistry at the University of Washington in Seattle and a Howard Hughes Medical Institute Investigator, decided to look, using cryoelectron microscopy and other methods, at the specificity of spike protein-directed antibody responses. They wanted to assess the relative contribution of the binding site of the antibody to neutralizing activity against SARS-COV-2 variants.

Through this, and related work, they wanted to understand the influence of the varying spike protein conformations on blood-plasma antibody neutralizing activity. Such information might help in discovering ways to modulate the magnitude and breadth of antibodies against SARS-CoV-2.

The researchers studied plasma samples from individuals who had not been exposed to COVID-19, but who had received the primary series of doses of one of the seven most administered vaccinations worldwide. In addition, they examine samples from subjects who had a history of infection and vaccination. They also looked a convalescent plasma from people who had acquired COVID-19 before January 2021, when vaccination programs started.

Their results are published in Science Immunology Nov. 10. The paper is titled SARS-CoV-2 spike conformation determines plasma neutralizing activity elicited by a wide panel of human vaccines. The lead author of the paper is John E. Bowen of the Veesler Lab.

The scientists observed a strong correlation between in vitro virus inhibitory activity of participant plasma and the magnitude of antibody responses against the prefusion form of the spike protein. This was true for all the vaccines evaluated and for antibodies induced by previous infection.

“We observed a comparable positive correlation between antibody neutralizing activity and S1 binding antibody responses, suggesting a key role of S1-directed antibodies for SARS-CoV-2 neutralization,” the researchers wrote. S1 is the spike protein unit involved in host cell receptor engagement, the first part of the viral attack on a cell.

The researchers also found that neutralizing antibody plasma samples also corresponded to the presence of antibodies that specifically targeted two domains on the S1 spike protein unit. Earlier studies had suggested that those two domains, named NTD and RBD, were the main targets of neutralizing antibody responses during an infection or after vaccination.

These NTD and RBD-directed host antibodies may also in part account for evolutionary selective pressure on those parts of the virus. This selective pressure may have led to a rapid accumulation of mutations in variants to try to outwit this immune strategy, the scientists suggested.

The researchers also found that antibodies against the RBD site account for the greater breadth of cross-neutralizing antibody response, against a number of SARS-CoV-2 variants, compared to the narrower focus of antibodies that homed in on the NTD site.

On the other hand, targeting the S2 subunit, which is the part of the spike involved in membrane fusion, did not contribute much to vaccine-elicited neutralizing activity. Such antibodies were few and weak in potency.

The findings, the researchers concluded, suggest the potential usefulness of developing RBD-based vaccines against SARS-CoV-2 and the larger group of related sarbecoviruses as part of future pandemic preparedness.

Competing interests are listed in the Science Immunology paper.

Gyorgy Snell and David Corti are employees of Vir Biotechnology Inc. and may hold shares in Vir Biotechnology Inc. Alexandra C. Walls and David Veesler are named as inventors on patent applications filed by the University of Washington for SARS-CoV-2 and sarbecovirus receptor-binding domain nanoparticle vaccines (WO2021163438 and 63/378,410). Helen Y. Chu reported consulting with Ellume, Pfizer, The Bill and Melinda Gates Foundation, Glaxo Smith Kline, and Merck. She has received research funding from Emergent Ventures, Gates Ventures, Sanofi Pasteur, The Bill and Melinda Gates Foundation, and support and reagents from Ellume and Cepheid outside of the submitted work. Rui P. Silva, Yim Huang, Annalee W. Nguyen and Jennifer A. Maynard are named as inventors on a patent application for broadly reactive sarbecovirus S2-binding antibodies (63/135,913) and Jennifer A. Maynard is an inventor on a patent for stabilized coronavirus spike proteins (63/032,502) filed by the University of Texas. The remaining authors declare that the research was conducted in the absence of any commercial or financial relationships that could be construed as a potential conflict of interest.