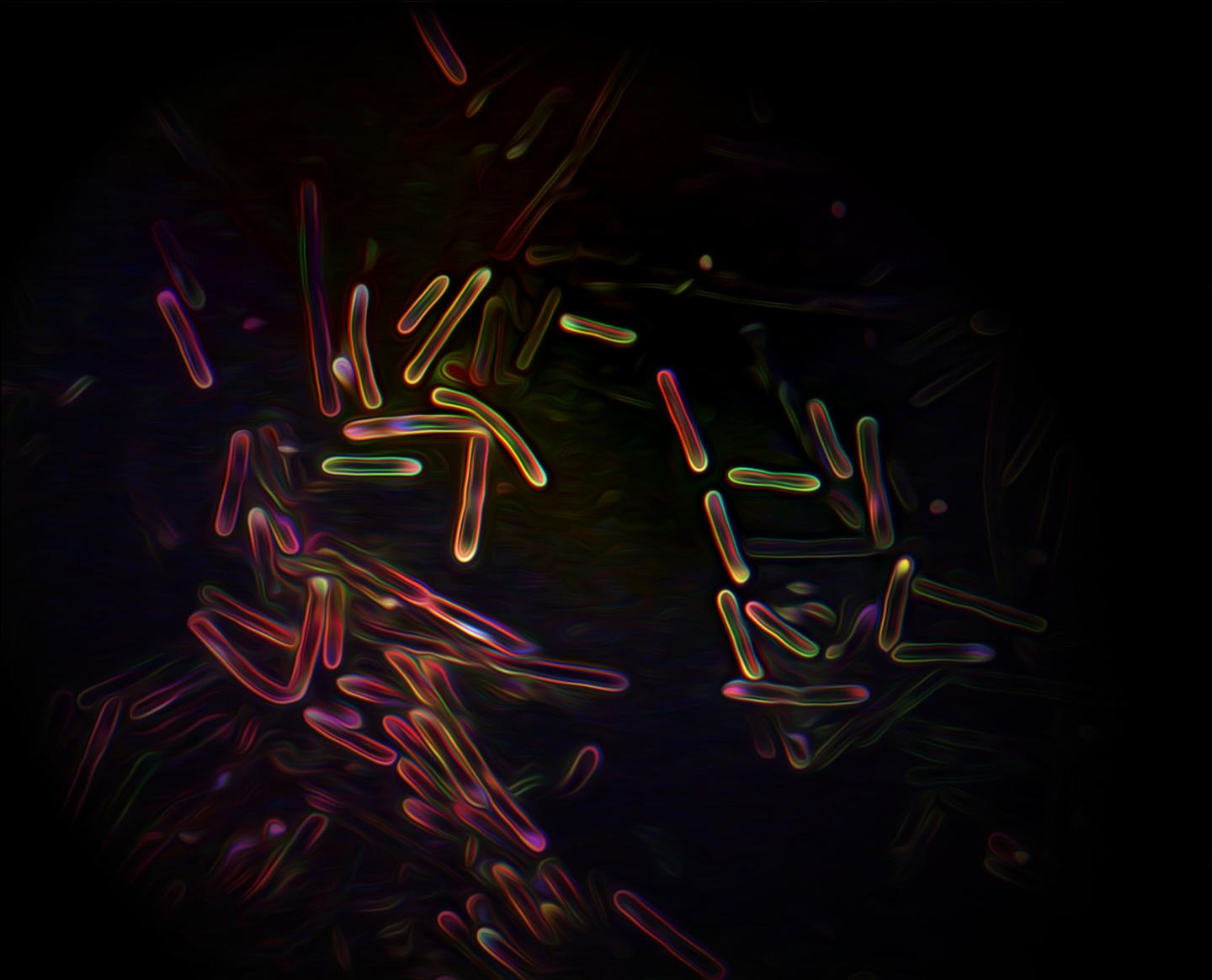 ITHACA, NY, May 13, 2021 — Cyanobacteria are one of the unsung heroes of life on Earth. They first evolved to perform photosynthesis about 2.4 billion years ago, pumping tons of oxygen into the atmosphere – a period known as the Great Oxygenation Event – which enabled the evolution of multicellular life forms.

Led by BTI faculty member Fay-Wei Li, researchers have discovered a new species of cyanobacteria, Anthocerotibacter panamensis, which could help illuminate how photosynthesis evolved to create the world as we know it. The work was published in Current Biology on May 13.

“We never intended to discover a new species,” said Li. “It was a total accident.”

His lab was working on a project to isolate cyanobacteria from hornwort plants, and noticed something weird in a sample from a rainforest in Panama. The researchers sequenced the cyanobacterium’s DNA, and found that it belonged to a group called Gloeobacteria, which is extremely rare.

“Prior to this discovery, only two species of Gloeobacteria had been isolated,” Li said. “There is also a third group of uncultured species from the Arctic and Antarctic regions, but no one knows how many species are in that group.”

Gloeobacteria diverged from the more commonly studied Phycobacteria about 2 billion years ago. The two groups have many differences, and A. panamensis shares some traits with each.

Similar to other Gloeobacteria, the new species lacks thylakoids – the membrane-bound compartments that are the site of the light-dependent reactions of photosynthesis in Phycobacteria and plants.

“Now we can be pretty sure that the thylakoid evolved in Phycobacteria,” Li said.

On the other hand, A. panamensis makes carotenoids – a group of compounds that help protect an organism from sun damage – in a fashion similar to Phycobacteria and plants, but different from the other Gloeobacteria.

“These results suggest that this particular carotenoid biosynthesis pathway evolved in the ancestor of all cyanobacteria, and then was lost in some Gloeobacteria,” said Li.

Li said one of the more interesting findings is that A. panamensis has very few genes that encode the proteins that perform light-dependent reactions. The researchers found that the new species could still perform photosynthesis, but very slowly, which could be of interest to synthetic biologists.

“If you want to build a complete set of photosynthetic machinery with the fewest necessary components, then this species could inform how to do that,” said Li. “Anthocerotibacter has a minimal set of photosystem subunits, but it still functions.”

Li is also an adjunct assistant professor of plant biology at Cornell University. Co-authors on the paper included researchers from National Taiwan University in Taipei and Laval University in Canada.

The work was partially funded by the U.S. National Science Foundation (grant no. DEB1831428).

Boyce Thompson Institute is a premier life sciences research institution located in Ithaca, New York. BTI scientists conduct investigations into fundamental plant and life sciences research with the goals of increasing food security, improving environmental sustainability in agriculture, and making basic discoveries that will enhance human health. Throughout this work, BTI is committed to inspiring and educating students and to providing advanced training for the next generation of scientists. BTI is an independent nonprofit research institute that is also affiliated with Cornell University. For more information, please visit BTIscience.org.