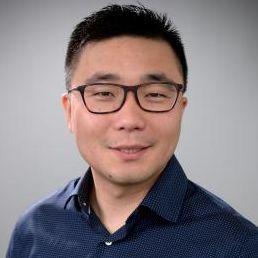 Like finding a needle in a haystack, identifying genes that are involved in particular diseases can be an arduous and time consuming process. Looking to improve this process, a team led by researchers at Baylor College of Medicine has developed a new bioinformatics tool that analyzes CRISPR pooled screen data and identifies candidates for potentially relevant genes with greater sensitivity and accuracy than other existing methods. The new analytical web-based tool also is quicker and more user friendly as it does not require bioinformatics training to use it. The study appears in the journal Genome Research.

“This project arose from a collaboration with the lab of Dr. Huda Zoghbi, which studies neurological diseases. One of the lab’s goals is to identify modifier genes that can be targeted with drugs,” said corresponding author Dr. Zhandong Liu, associate professor of pediatrics and neurology at Baylor and director of the Bioinformatics Core in the Jan and Dan Duncan Neurological Research Institute at Texas Children’s Hospital.

Modifier genes are genes that affect the expression of another gene. The idea behind identifying modifier genes is to attempt to treat a disease, not by directly affecting the gene that actually causes it, but through specific modifier genes that can reduce the negative effects of the gene causing the disease.

“CRISPR screens generate data sets of many thousands of genes, so the researchers needed a tool to narrow the list to a number of candidates that would be practical to test in the lab,” Liu said. “Although there are several computational methods available, to analyze CRISPR screen data accurately it is important to use analytical tools that model the natural characteristics of the data as precisely as possible. We though that the available computational tools did not fulfill these criteria.”

“CRISPR data usually come with a lot of variability that can make data interpretation difficult,” said first author Dr. Hyun-Hwan Jeong, a postdoctoral associate in the Liu lab. “We developed a new method that takes into consideration the variability of CRISPR screen data; it can better capture both large and small variations in the data. When compared with the eight most commonly used methods, our web tool is more sensitive and accurate, quicker and more user friendly.”

The new computational tool, which uses beta-binomial modeling, enables lab scientists to better estimate the statistical significance of each gene that they measure. They also can generate a list of genes that are likely candidate targets for therapy including as many candidate genes as possible, but minimizing false positives.

“What is really exciting about this computational tool is that researchers are not restricted to having a bioinformatics or computational biologist help them analyze their ‘big data,'” said Zoghbi, who is professor of molecular and human genetics and of pediatrics and neuroscience at Baylor and director of the Jan and Dan Duncan Neurological Research Institute at Texas Children’s Hospital. She also is an investigator at the Howard Hughes Medical Institute. “This tool empowers the wet lab scientist who is not trained in bioinformatics to analyze data to identify the best gene candidates.”

Seon Young Kim and Maxime W. C. Rousseaux also contributed to this work. The authors are affiliated with one or more of the following institutions: Baylor College of Medicine, Texas Children’s Hospital and Howard Hughes Medical Institute.

Scienmag Jul 8, 2019
Your advance look at three new studies publishing online on July 8, 2019 in The American Journal of Tropical…