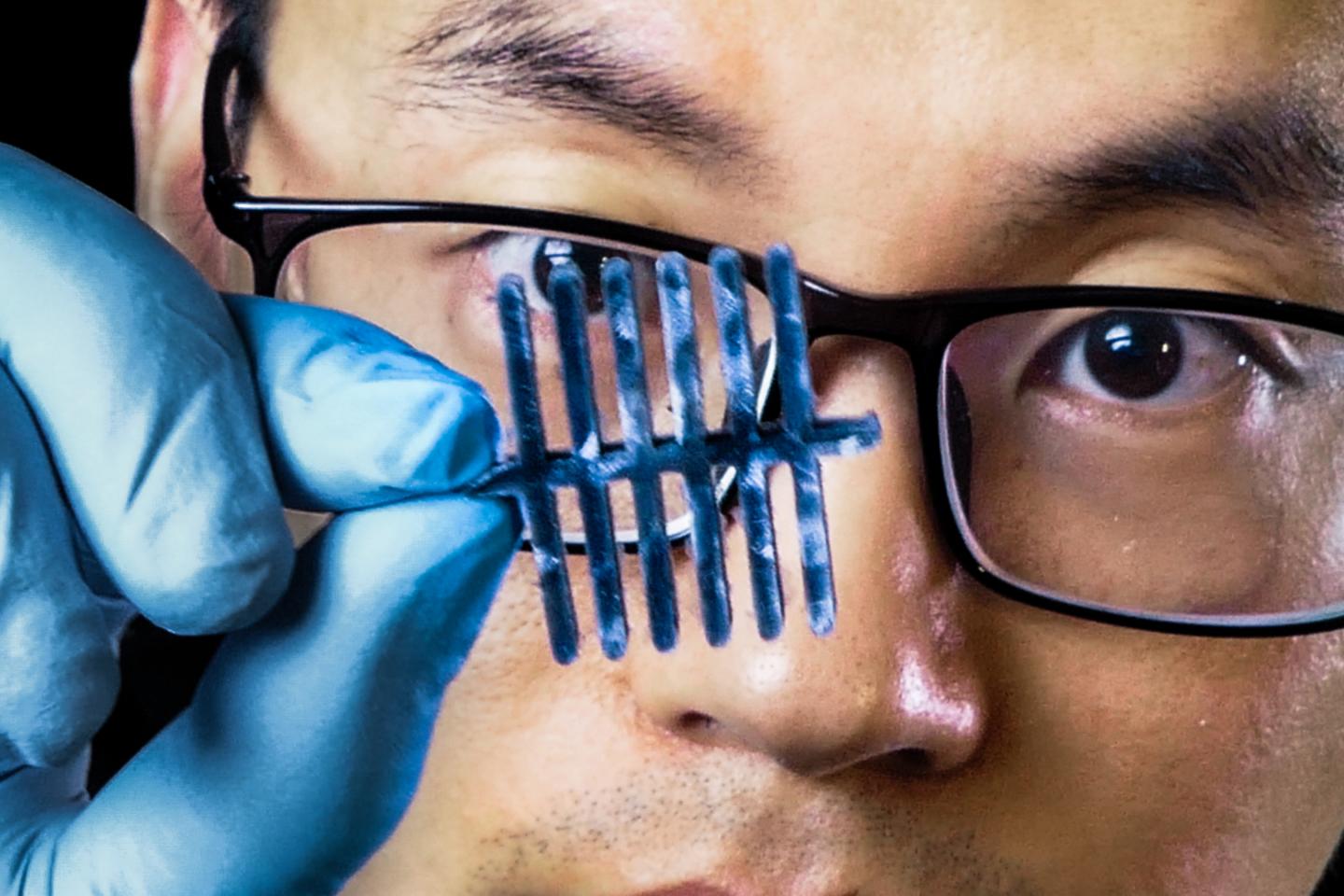 Cellulose soaked in a carefully designed polymer mixture acts as a sensor to measure pressure, temperature and humidity – at the same time! The measurements are completely independent of each other. The sensor may be highly significant in fields such as robotics, healthcare and security.

The ability to measure pressure, temperature and humidity is important in many applications, such as monitoring patients at home, robotics, electronic skin, functional textiles, surveillance and security, to name just a few. Research until now has targeted integrating the different sensors into the same circuit, and this has presented several technical challenges, not least concerning the interface to the user.

Scientists in the Laboratory of Organic Electronics at Linköping University have now, under the leadership of Professor Xavier Crispin, successfully combined all three measurements into a single sensor.

This has been made possible by the development of an elastic aerogel of polymers that conducts both ions and electrons, and subsequent exploitation of the thermoelectric effect. A thermoelectric material is one in which electrons move from the cold side of the material towards the warm side, and in this way create a voltage difference.

When nanofibres of cellulose are mixed with the conducting polymer PEDOT:PSS in water and the mixture is freeze-dried under vacuum, the resulting material has the same structure as a washing sponge, an aerogel. Adding a substance known as polysilane causes the sponge to become elastic. Applying an electrical potential across the material gives a linear current increase, typical of any resistor. But when the material is subject to a pressure, its resistance falls and electrons flow more readily through it.

Since the material is thermoelectric, it is also possible to measure temperature changes: the larger the temperature difference between the warm and cold sides, the higher the voltage developed. The humidity affects how rapidly the ions move from the warm side to the cold one. If the humidity is zero, no ions are transported.

“What is new is that we can distinguish between the thermoelectric response of the electrons (giving the temperature gradient) and that of the ions (giving the humidity level) by following the electrical signal versus time. That is because the two responses occur at different speeds”, says Xavier Crispin, professor in the Laboratory of Organic Electronics and principal author of the article published in Advanced Science.

“This means that we can measure three parameters with one material, without the different measurements being coupled”, he says.

Shaobo Han, doctoral student, and Senior Lecturer Simone Fabiano at the Laboratory of Organic Electronics, have also found a way to separate the three signals from each other, such that each can be simply read individually.

“Our unique sensor also prepares the way for the internet of things, and brings lower complexity and lower production costs. This is an advantage not least in the security industry. A further possible application is placing sensors into packages with sensitive goods”, says Simone Fabiano.

Financiers of the research include the Knut and Alice Wallenberg Foundation (the Tail of the Sun project), the Wallenberg Wood Science Center, the Vinnova Digital Cellulose Center, and the government’s strategic investment into advanced functional materials at Linköping University, AFM.

Scientists home in on microRNA processing for novel cancer therapies

Remote but remarkable: Illuminating the smallest inhabitants of the…