Annapolis, MD; June 8, 2022—As surveillance for ticks and the disease-causing germs they spread improves, so does Americans’ access to knowledge about where the risk of tickborne disease is greatest. 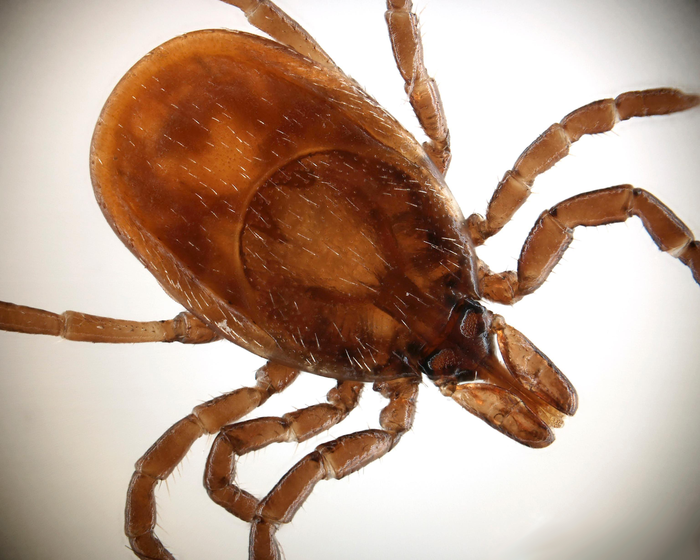 Annapolis, MD; June 8, 2022—As surveillance for ticks and the disease-causing germs they spread improves, so does Americans’ access to knowledge about where the risk of tickborne disease is greatest.

“The more we look for ticks and tickborne pathogens, the more we find—and the more information we have to help protect people from the diseases ticks spread.” says Erik Foster, MS, BCE., medical entomologist in the U.S. Centers for Disease Control and Prevention’s Division of Vector-Borne Diseases. Foster and CDC colleagues have assembled that surveillance data into a new report, published May 18 in the Entomological Society of America’s Journal of Medical Entomology. The report offers up-to-date county-level maps of both where blacklegged ticks are prevalent and where they’ve been found infected with any of seven different disease-causing germs, or pathogens.

Of all diseases transmitted to humans by insects and related arthropods, those spread by ticks account for more than 75% of infections reported every year. The maps provided in the new CDC study are important for raising awareness both among the public and healthcare providers about the tickborne diseases present in their communities and the signs and symptoms to look for in patients. Making that possible is CDC’s growing national tick and tickborne pathogen surveillance program, launched in 2018.

Previously, knowledge of the distribution of ticks and tickborne human pathogens was limited to data shared by local public health agencies or in academic research.

“Collection efforts were not standardized, and data were often lost because there was no national repository for such information,” Foster says.

Since 2018,  CDC has established a nationwide program that guides local agencies and academic partners on tick surveillance and pathogen testing and gathers all that data in one place.

“This effort is filling gaps in our knowledge by highlighting the presence of ticks and tickborne pathogens where they were previously under-reported or where they are emerging,” says Foster.

For their new study, CDC researchers combined nationwide tick surveillance records from 2004 through 2021 with additional data on pathogen testing in blacklegged ticks from published research studies and from archives on public health department websites.

The results offer the most current picture of the geographic range of seven significant human disease-causing pathogens known to be transmitted by blacklegged ticks (Ixodes scapularis) and western blacklegged ticks (Ixodes pacificus). Most widely reported is the bacteria Borrelia burgdorferi, which causes Lyme disease, found in 476 counties across 29 states and the District of Columbia.

In all cases, the reported distribution of pathogens is significantly narrower than the known range of the blacklegged ticks that spread them. But Foster and colleagues caution, however, that the true presence of the pathogens is likely much wider than detected.

In areas where pathogens aren’t detected, “this does not mean that tickborne pathogens are not present, just that records meeting collection and laboratory standards have not been published or documented by CDC in host-seeking ticks.”

The national tick surveillance program is an ongoing effort and CDC hopes to continue to update the maps to provide current and accurate information to the public and to healthcare providers.

Thus, while surveillance and detection of tickborne disease pathogens continues to improve, this new CDC research also indicates where further progress should be made. And, wherever ticks are present, public awareness is critical.

“It’s important for the public to understand that any exposure to ticks may pose a risk and that tick bite prevention is the best way to lower that risk,” says Foster. “Anyone who has symptoms of illness after a tick bite should see their healthcare provider and report tick exposure promptly.”

ABOUT: ESA is the largest organization in the world serving the professional and scientific needs of entomologists and people in related disciplines. Founded in 1889, ESA today has more than 7,000 members affiliated with educational institutions, health agencies, private industry, and government. Headquartered in Annapolis, Maryland, the Society stands ready as a non-partisan scientific and educational resource for all insect-related topics. For more information, visit www.entsoc.org.

The Journal of Medical Entomology publishes research related to all aspects of medical entomology and medical acarology, including the systematics and biology of insects, acarines, and other arthropods of public health and veterinary significance.For more information, visit https://academic.oup.com/jme, or visit www.insectscience.org to view the full portfolio of ESA journals and publications.