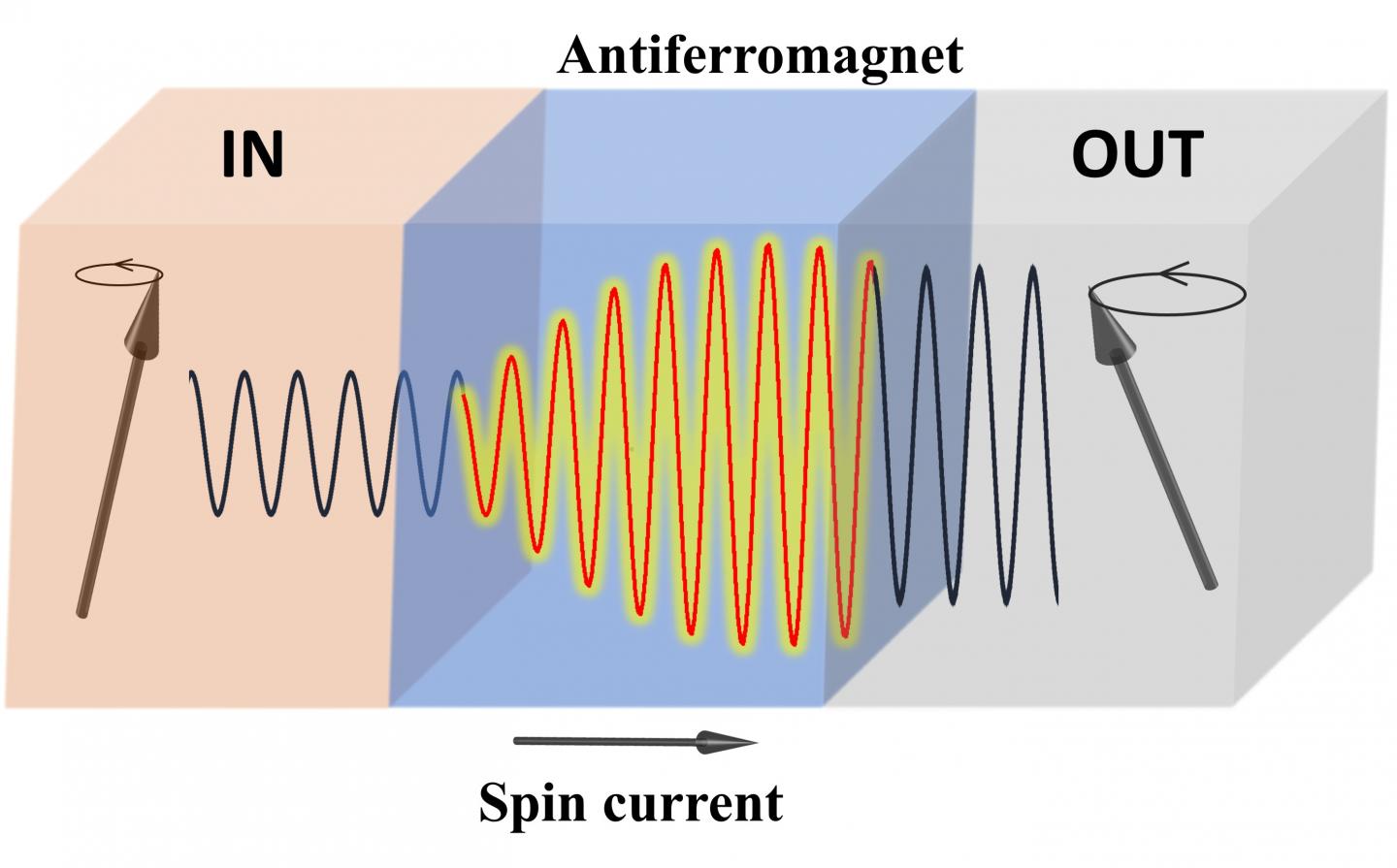 Scientists have made a pivotal breakthrough in the important, emerging field of spintronics – which could lead to a new high speed energy efficient data technology.

An international team of researchers, including the University of Exeter, has made a revolutionary discovery that has the potential to provide high speed, low power-usage for some of the world’s most well-used electronic devices.

While today’s information technology relies on electronics that consumes a huge amount of energy, the electrons within electric currents can also transfer a form of angular momentum called spin.

‘Spin-based electronics or ‘spintronics’, that exploits spin current, has the potential to be not just significantly faster, but also more energy efficient.

In the new research, scientists from Exeter, in collaboration with the Universities of Oxford, California Berkeley, and the Advanced and Diamond Light Sources, have experimentally demonstrated that high frequency alternating spin currents can be transmitted by, and sometimes amplified within, thin layers of antiferromagnetic NiO.

The results demonstrate that the spin current in thin NiO layers is mediated by evanescent spin waves, a mechanism akin to quantum mechanical tunnelling.

The use of thin NiO layers for transfer and amplification of ac spin current at room temperature and gigahertz frequencies may lead to more efficient future wireless communication technology.

The research is published in Physical Review Letters.

Maciej Dabrowski, first author from the University of Exeter said: “Confirmation of the evanescent spin wave mechanism shown by our experiment indicates that the transfer of angular momentum between the spins and the crystal lattice of an antiferromagnet can be realized in thin NiO films and opens the door to the construction of nanoscale spin current amplifiers”