University of Arkansas physics professor Daniel Kennefick writes about the 1919 eclipse, which provided the data to confirm the revolutionary theory 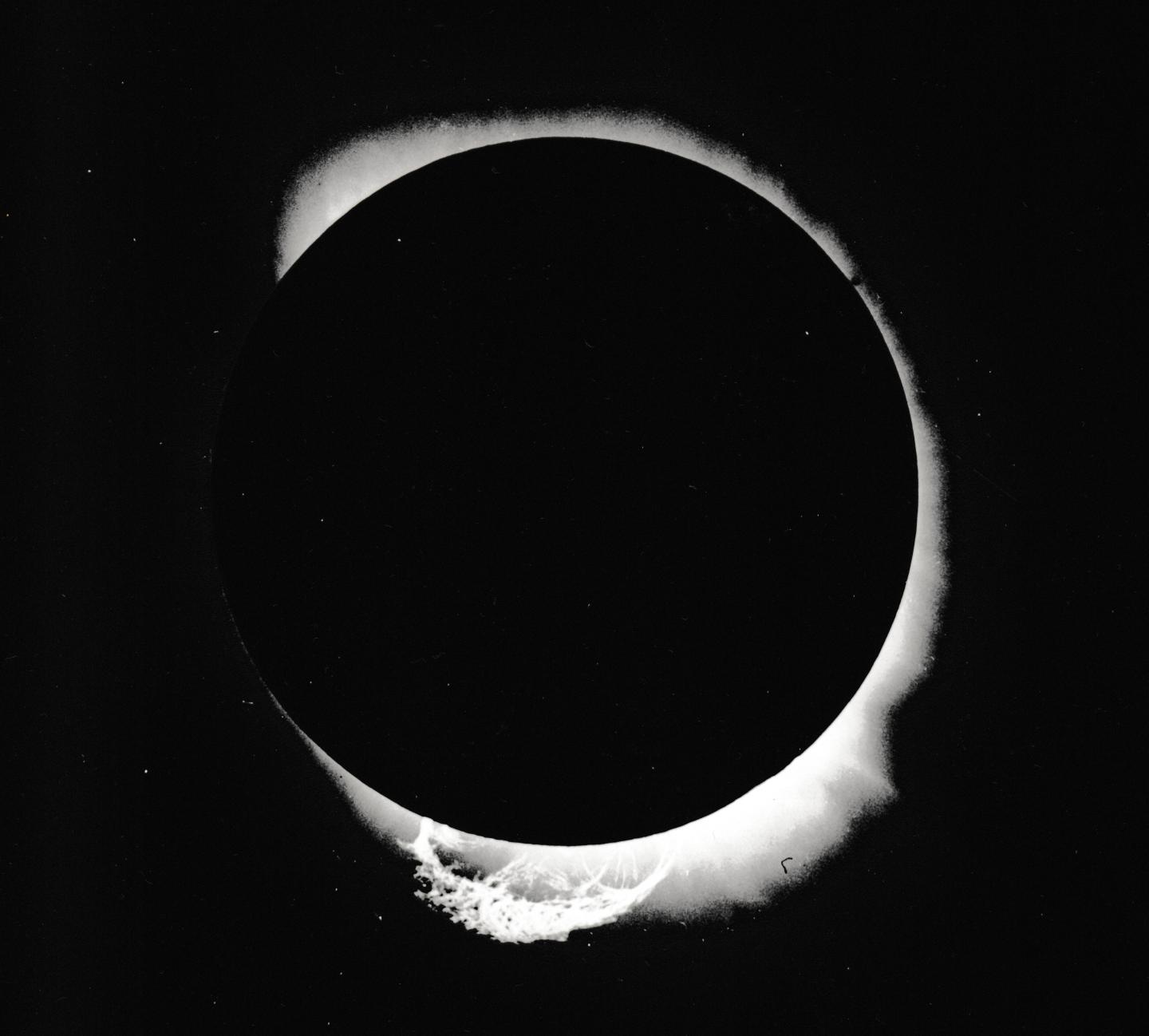 No Shadow of a Doubt, a new book by Daniel Kennefick, associate professor of physics at the University of Arkansas, tells the story of two research teams, organized by Arthur Stanley Eddington and Sir Frank Watson Dyson, who tested Einstein’s theory of relativity. These expeditions traveled to Brazil and Africa to collect images of stars during the 1919 eclipse, and their results confirmed and brought mainstream attention to the theory.

“Einstein was a well-known scientist before, but this made him a celebrity,” said Kennefick.

Einstein’s theory of relativity proposed a new way of looking at gravity. The prevailing theory at the time, Newton’s law of universal gravitation, described gravity as a force between massive objects. According to physicists in 1900, starlight, which they thought had no mass, would not be affected by gravity.

Einstein contradicted this expectation twice. First he showed, through his famous equation E=mc2, that light has mass, since it clearly has energy, and therefore should be affected by gravity. Then he theorized that gravity actually causes a curving of spacetime. According to his theory, light would follow this curve, so it would be affected by gravity, whether or not it had mass. If Einstein were to be correct, starlight traveling past the sun would follow a curved path as it traveled to Earth.

So if someone on Earth viewed a star during the night, when they were facing away from the sun, the star would appear to be in one place. But, according to Einstein’s theory, if someone were to look at the same star during the daytime, when the sun is between the Earth and the star, the star should appear to be in a slightly different position than it was when viewed at night.

In order to gather data to test this theory, scientists would need to photograph the stars while the sun was present, a situation that was only possible during a total eclipse. The 1919 eclipse presented an opportunity to make the necessary observations, but scientists had to travel to locations where the eclipse was total, which included Sobral, Brazil, and Principe, an island off the coast of Africa.

The two expeditions overcame many challenges, transporting large and delicate instruments on the long trips and facing the risk that a passing cloud would ruin the whole experiment.

Kennefick explained that he wanted to bring light to the story of these researchers, who have been overshadowed by Einstein’s fame.

“The passage of time has caused us to lose sight of their cruicial roles,” he said in the prologue of the book. “This book aims to correct this oversight, which could cripple serious attempts to understand how the science of the eclipse was accomplished.”

The book will be published by Princeton University Press on April 30.

How do we make moral decisions?