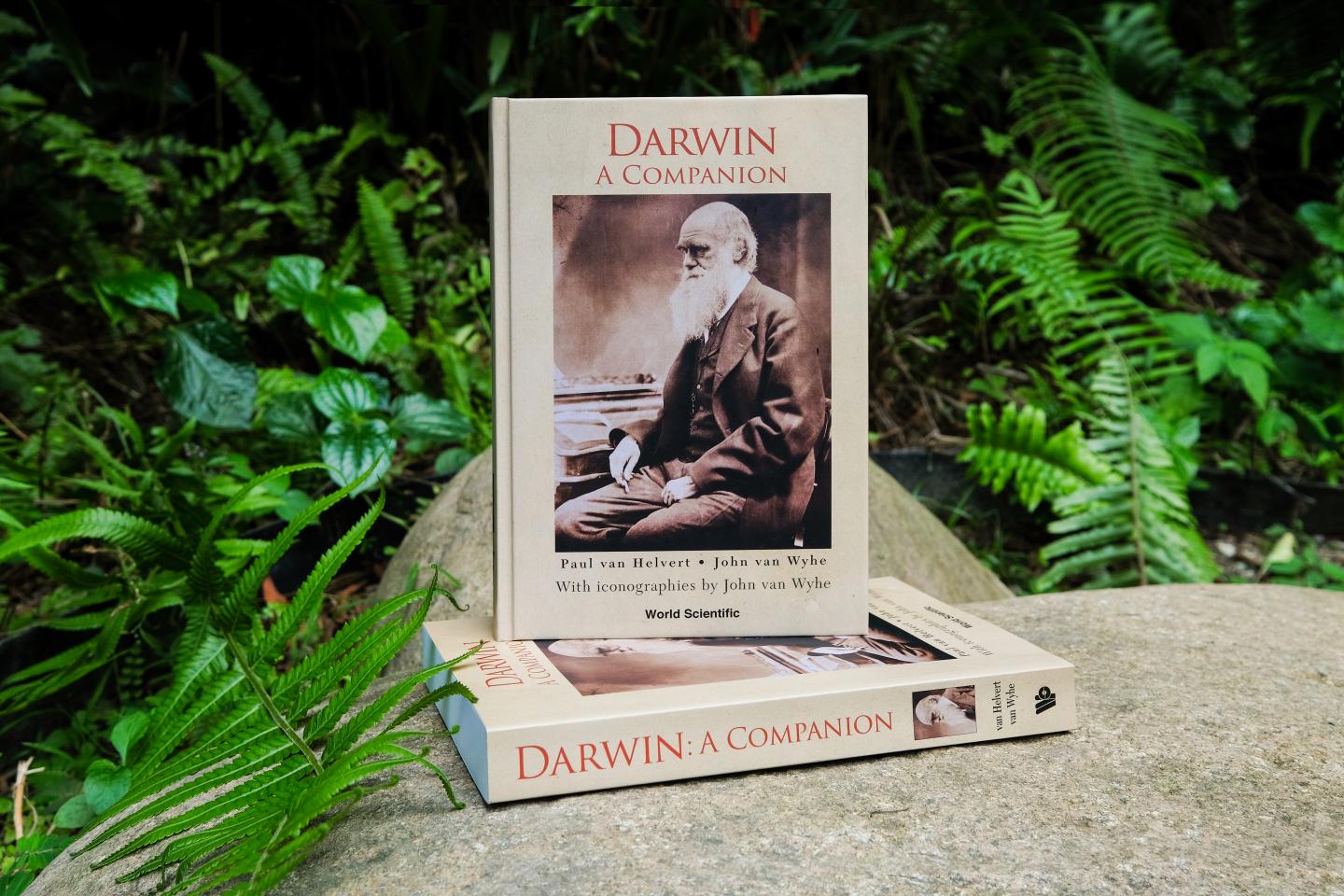 The largest number of species named after a single person is often attributed to the German polymath and naturalist Alexander von Humboldt. The impressive list contains about 400 species and includes everything from penguins to perennials. But in a new book, historian of science Dr John van Wyhe from the National University of Singapore shows that Charles Darwin, not Humboldt, is the world record holder, eclipsing the previous figure with around 700 eponymous species.

This discovery and hundreds more are revealed in the new book, Darwin: A Companion, which catalogues the true extent of Charles Darwin’s cultural impact over the past 160 years.

“Everything in this book greatly expands what was previously known about Darwin. For example, we used to know that Darwin’s work had been translated into 33 languages. Now we can show that it’s actually 64. This makes Darwin by far the most widely translated scientist in history,” said Dr van Wyhe, who is from the NUS Department of Biological Sciences, and Tembusu College at NUS. He is also Director of Darwin Online.

A decade in the making, Dr van Wyhe together with Dr Paul van Helvert of Wageningen University & Research, The Netherlands, put together an unprecedentedly detailed guide to the famous Victorian naturalist’s life, work and influence.

Over one million sources were consulted in the research for this volume. The book contains over 7,000 entries on Darwin, his family, friends, colleagues, opponents, publications, manuscripts, finances, library and a host of other topics. No book has ever revealed so much new information about Darwin and his unparalleled worldwide impact.

Some of the new findings include Darwin’s whereabouts across his life in an itinerary of 730 entries. Supposedly a recluse, a list compiled of over 400 visitors to his home challenges this notion.

A major part of the book is the most complete lists of portrayals ever created of his ship (the Beagle), his wife, home and over 1,000 unique photographs, paintings, statues and caricatures of Darwin. The previously most detailed list was just 55 portraits. Particularly exciting is the largest list of photographs of Darwin ever published, with several being new discoveries published in the book for the first time.

Darwin: A Companion is the most ambitious book on Charles Darwin ever published and raises the bar for the comprehensive treatment of other figures in science.