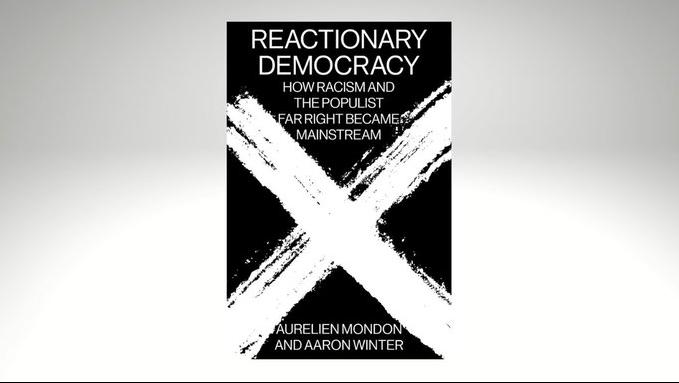 A new book from Dr Aurelien Mondon (University of Bath) and Dr Aaron Winter (University of East London) has launched reflecting on how racism and the populist far right have become mainstream in politics in many parts of the world.

‘Reactionary Democracy’, published by Verso, considers how our democracies often fall short on working for all members of society.

What the authors term in the book ‘reactionary democracy’ is the use of the concept of democracy for reactionary ends. They suggest the resurgence of racism, ‘populism’ and the far right is not actually the result of popular demands, but rather a top-down process as these ideas have been legitimised through elite behaviours in mainstream politics and the media, in particular.

This has helped legitimise the far right, strengthening its hand and compounding inequalities, whilst diverting us away from real concerns and radical alternatives to the current system, they say.

The authors explain: ‘The multiple crises we are facing, from Covid-19 to climate breakdown, are very likely to both exacerbate inequalities and reactionary tendencies amongst the elite and their base, such as racism. Yet they create the possibility of an opening for radical change and the demand and urgency for it. As denial, which has made many comfortably passive, is becoming increasingly untenable, sitting on the fence will become less of an option as inaction will be increasingly akin to complicity.

‘This is central to our book, which explores the way some ideas travel from the extreme to the mainstream, how some become the norm, while others remain reviled and can even be used to justify the centre’s rightful hegemony, if only when compared to more radical alternatives: in a nutshell, things are bad but they could be worse. Our aim is to map the way in which reactionary ideas and racism in particular have made their way back into mainstream discourse, under the guise of pseudo-progressive tropes such as free speech and liberalism, where freedom is understood solely as the freedom of the privileged, represented as victims, to defend said privilege and stifle any demands from those suffering from real and systemic injustice.’

Dr Mondon from the University of Bath adds: “As the Black Lives Matter movement and protests have made impossible to ignore, systemic racism remains part and parcel of our societies. Many mainstream elite actors in particular have been far too complacent and complicit, not only with systemic racist practices, but also in tolerating the return of more extreme forms of racism in mainstream debate. It is today clearer than ever that our democracies will only be worthy of the name once all forms of racism, inequality and oppression more generally are addressed.”

Reviewer, Professor Akwugo Emejulu Department of Sociology University of Warwick comments: “Mondon and Winter offer a razor-sharp analysis of the relationship between racism and liberalism to rethink the resurgence of far right, populist politics. Ultimately, this is a hopeful book that demands more from democracy and from ourselves – only by resisting racism and other hierarchical exclusions can we hope to build egalitarian futures.”

For more on an upcoming University of Bath Institute for Policy Research online event to launch the book, which takes place on Thursday 18 June, 17:15 – 18:30 BST, and to register to attend see https://www.eventbrite.co.uk/e/reactionary-democracy-tickets-108081003190

For more on ‘Reactionary Democracy’ from Verso see https://www.versobooks.com/books/3173-reactionary-democracy.