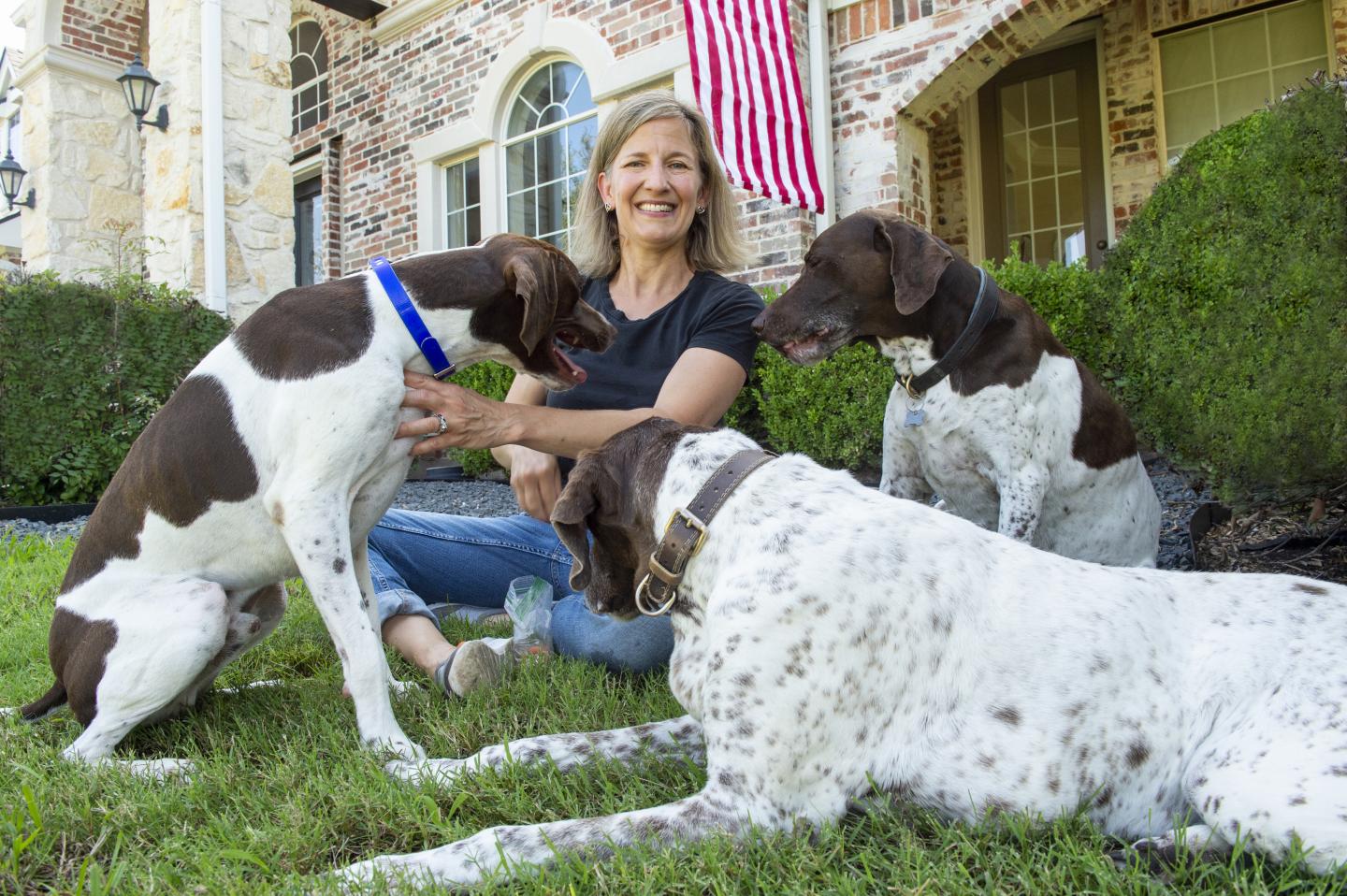 In her new book, Just Like Family: How Companion Animals Joined the Household SMU sociologist Andrea Laurent-Simpson asserts what most pet-owners already know – the American family structure is changing to include nonhuman species, and the implications are huge.

Americans choose homes with yards for their pets, spend billions of dollars on pet products and squabble over custody in divorce hearings. We treat pets like family because they are family.

“American pet-owners are transforming the cultural definition of family,” Laurent-Simpson says. “Dogs and cats are treated like children, siblings, grandchildren. In fact, the American Veterinary Medical Association found that 85 percent of dog-owners and 76 percent of cat-owners think of their pets as family.”

The science of sociology devotes little research to the concept of multi-species families, she says. “This book helps explain the presence of the multispecies family as a newly diversified, nontraditional family structure worthy of research. Dogs and cats within the American family have a profound impact on things like fertility considerations, the parent-child relationship, family finances, involvement of extended family members and the household structure itself.”

IS LANGUAGE A BARRIER?

Some sociologists argue that human-animal social interaction does not exist because animals do not share language with humans.

The behavior of pet-owners says otherwise, Laurent-Simpson says. Increasingly, American families consider their pets in decisions such as child-rearing, homebuying, job location, travel and budgets, she says. Americans in 2020 spent more than $103 billion on their pets, a $6 billion increase over 2019.

As Hurricane Katrina approached in 2005, nearly half of New Orleans residents refused to evacuate without their pets, instead staying behind to face the hurricane, according to a survey by the Fritz Institute. In response, in 2006 Congress passed the PETS Act, authorizing FEMA to rescue, care and provide shelter for household pets during an emergency. In addition, as pet custody battles rage in divorce courts, three states have passed new divorce laws requiring courts to treat pets as family members rather than property, Laurent-Simpson says.

PETS AND THE BIRTH RATE

Laurent-Simpson also suggests that the growing emphasis on the multispecies family has affected the declining birth rate in the United States. The U.S total fertility rate – a measure of the number of children born per 1,000 women – hit a record low in 2020, continuing a constant decline that began in 2007.

“The role of the companion animal in the childfree, multispecies family may well incrementally contribute to delaying or even eventually opting out of childbirth,” she says. “The multispecies family without children is emerging as a new and acceptable form of diversified family structure.”

Americans have long loved their pets, Laurent-Simpson says, but she ties the development of this new type of family to the massive demographic shifts that began in the 1970s.

“In order for the multispecies family to come to fruition in its current form, major society-level attitudinal shifts had to occur,” she says.

The rise in nontraditional family structures, such as single-parent families, childfree families, grandparent families and LGBTQ families, has paved the way for the rise of the multispecies family, she says. Laurent-Simpson also asserts that some of the conditions that created the multispecies family go back further to the Industrial Revolution, when families began to focus less on subsistence and more on loving, belonging, self-actualization and self-happiness.

In her book, rich with personal observations, Laurent-Simpson asserts that the multispecies family is here to stay and its impact on American society deserves more study.

She dedicates the book to her own multispecies family – her husband, sons and dogs.