Guidelines have the potential to transform the fields of optoelectronics, bio-imaging and energy harvesting 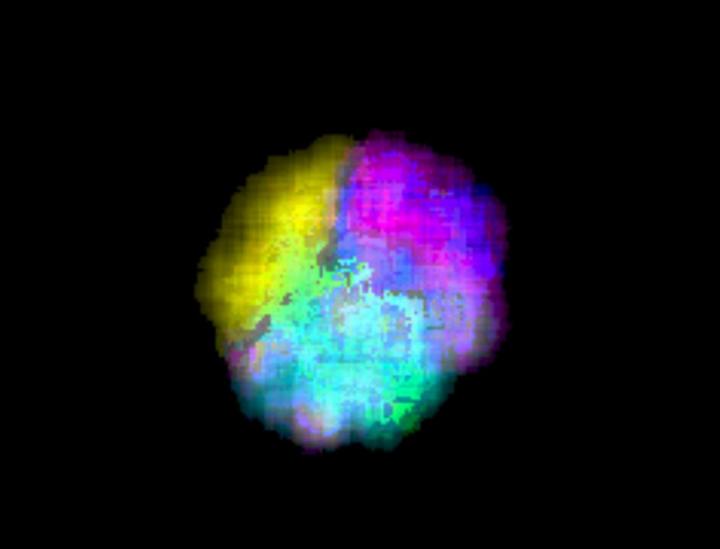 Northwestern University researchers have developed a blueprint for understanding and predicting the properties and behavior of complex nanoparticles and optimizing their use for a broad range of scientific applications. These include catalysis, optoelectronics, transistors, bio-imaging, and energy storage and conversion.

Recent research findings have successfully enabled the synthesis, or creation, of a wide variety of polyelemental nanoparticles — structures with as many as eight different elements. However, there is still a limited understanding of how the arrangement of phases within these structures impact their properties and how specific interfaces (the common surface between bound structures, called heterostructures) can be optimally designed and synthesized.

“As the combinatorial space of mixtures is nearly infinite, with billions of possibilities, predicting and understanding how specific classes of interfaces can be established in a single particle is crucial for designing new and functional nanostructures and, ultimately, optimizing their properties for various scientific applications,” said Chad A. Mirkin, the George B. Rathmann Professor of Chemistry in the Weinberg College of Arts and Sciences and the director of the International Institute for Nanotechnology at Northwestern, who led the research.

In the study, the researchers utilized scanning probe block copolymer lithography (SPBCL), invented and developed at Northwestern by Mirkin, to construct a new library of polyelemental heterostructured nanoparticles containing up to seven different metals.

The research will be published in the March 1 issue of the journal Science.

“We used computational tools, such as density functional theory, to compute interfacial energies between phases, as well as surface energies, and combined these into an overall nanoparticle energy,” said Chris Wolverton, the Jerome B. Cohen Professor of Materials Science and Engineering in Northwestern’s McCormick School of Engineering. “What we found is that observed morphologies minimized calculated energies. As a result, we now have a tool to predict and understand these types of phase arrangements in nanoparticles.”

Wolverton is a co-author of the study.

“Our contribution enables the synthesis of numerous types of interfaces, providing a vast playground to explore their properties and phenomena — such as novel catalysts and light-emitting nanostructures — for useful purposes,” said co-author Vinayak Dravid. He is the Abraham Harris Professor of Materials Science and Engineering and the director of the Atomic and Nanoscale Characterization Experimental Center (NUANCE) at Northwestern.

The Science paper is titled “Interface and heterostructure design in polyelemental nanoparticles.” Peng-Cheng Chen and Mohan Liu are the first authors of the study.

The research is supported by the Sherman Fairchild Foundation, the Air Force Office of Scientific Research (award FA9550-17-1-0348) and the Vannevar Bush Faculty Fellowship program, sponsored by the Basic Research Office of the Assistant Secretary of Defense for Research Engineering and funded by the Office of Naval Research (grant N00014-15-1-0043).

IncludeHealth and HealthPartners launch first of its kind neuroscience exercise…