New biosensor provides insight into the stress behaviour of plants 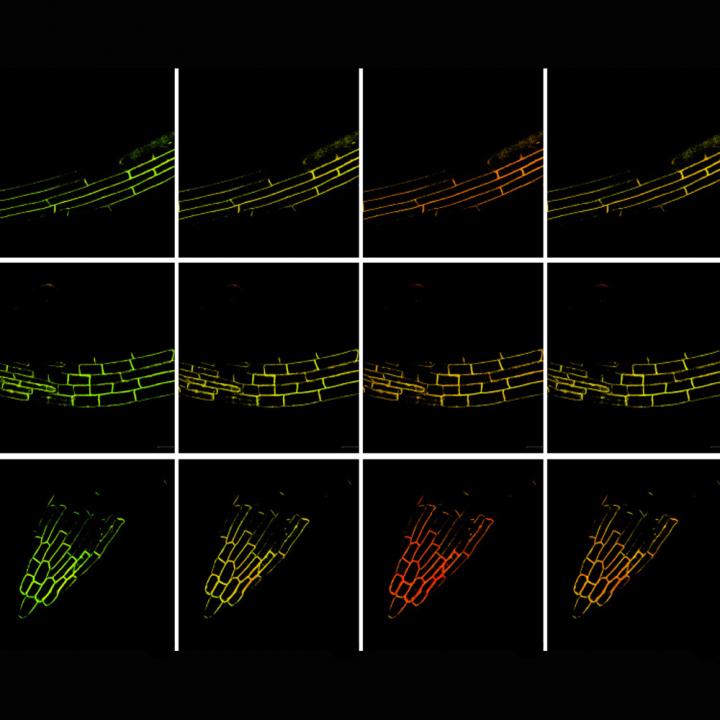 They are tiny signalling molecules that play important roles in many processes in living organisms. However, the exact function of these substances is often still unknown, which is why scientists are constantly on the lookout for new methods with which they can further investigate them. Researchers at the Universities of Münster (Germany) and Nanjing (China) have developed such a method for an important messenger substance in plants, called phosphatidic acid.

This lipid takes on different roles in the organism: It influences the flexibility and bending of cell membranes, regulates the metabolism of the plant and also serves as a signalling substance to regulate the localization or activity of proteins. However, researchers have not been able to find out which part of the phosphatidic acid pool in the cell has a function for the metabolism and which part serves as a signalling substance. A biosensor developed by German and Chinese scientists has now changed this: By incorporating this sensor into plants, they were able to track the activity of the phosphatidic acid spatially and temporally for the first time.

“Our approach enables us to elucidate the dynamics of phosphatidic acid more precisely, especially in plants under stress,” says co-author Prof. Jörg Kudla from the University of Münster. A plant is stressed, for example, when exposed to dry or salty soils. The measurements obtained with the new method could in future help to breed plants that are more resilient to adverse environmental conditions. The study was published in the journal Nature Plants.

Until now, scientists had only been able to measure the occurrence of phosphatidic acid biochemically and thus determined the total amount of the lipid in a certain tissue or organism. It remained unclear in which cells or in which parts of these cells the substance was active and why its concentration changed.

The newly developed biosensor is based on the principle of fluorescence resonance energy transfer (FRET). The sensor is a plasma membrane targeted fusion protein of a phosphatidic acid binding domain placed between two different fluorescent proteins that fluoresce blue and yellow when stimulated by light. Binding of phosphatidic acid to this sensor changes its conformation and this results in a change of the colour of the emitted light. Therefore, the new sensor is called “PAleon”, which is derived from the abbreviation PA for phosphatidylic acid and chameleon. The scientists measure these signals using modern microscopy methods.

In their investigations the researchers observed that, if the salt stress for the plants increased, the concentration of phosphatidic acid in roots also increased. In addition, the researchers were also able to determine the location in the roots where the changes took place. “Since the sensor only detects the so-called bioactive amount, we can conclude that the changes in phosphatidic acid concentration and distribution which we detected is due to its function as a signalling substance,” said Jörg Kudla. It should be remembered that phosphatidic acid can also play a role in metabolic processes and movements of the cell membrane.

With their new method, the scientists have already discovered that the activity of a certain protein that synthesizes phosphatidic acid, phospholipase D, is important for plants to adapt to salt stress. In addition, the substance is obviously closely related to the pH value of a cell. “Our method has already provided us with fundamental new insights into the mechanisms of salt tolerance in plants,” says Prof. Wenhua Zhang, lead author of the study at Nanjing University in China.

The procedure should be applicable in most plant organisms and also transferable to animal cells and organisms. In their next steps, the scientists intend to use the sensor in other cell and tissue regions and also to investigate the functional interactions of phosphatidic acid with other messenger substances.

Caffeine on the mind? Just seeing reminders of coffee can stimulate our brain

Scienmag Mar 28, 2019
Even looking at things that remind of coffee can arouse our minds, reveals new University of Toronto studyCredit:…

What do gardens bring to urban ecosystems?