Cryptaphelenchus abietis, a new nematode species isolated from bark beetles that emerged from a dead log in Nagano, Japan, may become a useful lab species because of its culturability 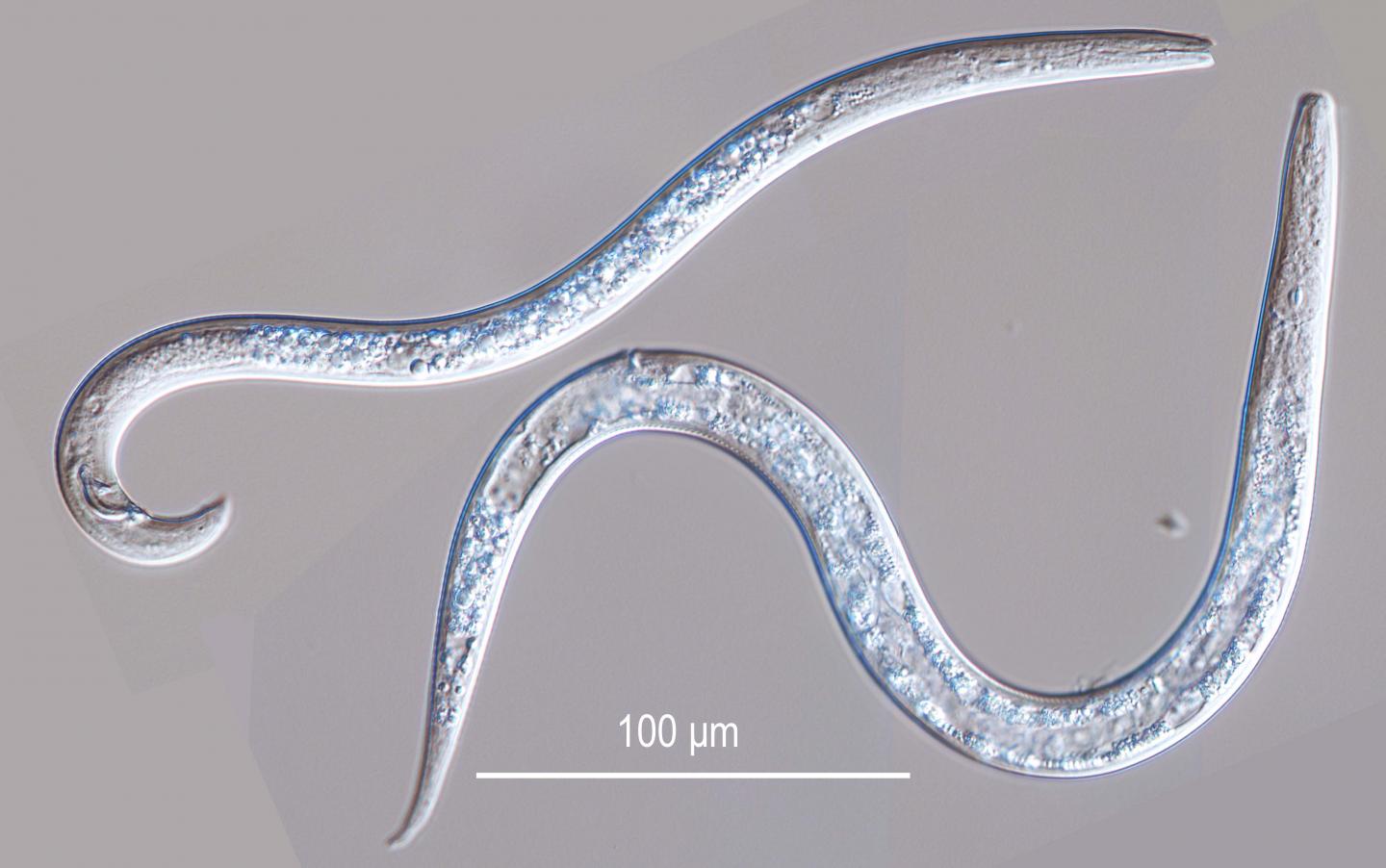 Tsukuba, Japan – Sometimes a dead log isn’t just a dead log. This one in Japan turned out to be the habitat of a species previously unknown to science.

In a new study published in the journal Nematology, a University of Tsukuba-led research team has described a new species of nematode found inside bark beetles that emerged from a dead log of a fir tree.

Nematodes, also known as roundworms, are a diverse phylum (category) of unsegmented worm-like animals that live in a wide variety of habitats and have diverse life habits. Many nematodes, including this previously unknown species, are either parasitic or live inside a host organism for the duration of a particular life stage.

The log from the trunk of a fallen Veitch’s fir tree (Abies veitchii) was collected from the experimental forest of the Sugadaira Montane Research Center of the University of Tsukuba, Nagano, in June 2018. This log was found to be infected with bark beetles, including the species Cryphalus piceae. These beetles were dissected and their microbial contents cultured to allow the nematodes they contained to propagate. Nematodes were also isolated from the bark of the log. Although several other nematode species were identified, their cultures did not propagate, so only the new species was examined in detail for this study.

Principal investigator of the biodiversity project Professor Yousuke Degawa describes the novel nematode: “Members of the genus Cryptaphelenchus commonly lack a functional rectum and anus, which is a typical characteristic of predator/entemoparasitic species. This suggests that this mycophagous genus has retained this ancestral character. The female of the newly described species can be identified based on its long and slender tail, and the male has a cuticular extension surrounding its tail. We named the species Cryptaphelenchus abietis, for the name of the tree from which it was isolated.”

Molecular genetic sequencing clarified the phylogenetic position of this new species in relation to other nematode species. It was clearly a member of the genus Cryptaphelenchus, a group of nematodes that usually feed on fungi when they are not inside their associated insect hosts.

As Senior Researcher Natsumi Kanzaki, the study’s first author, explains, “Most similar nematodes have been found to be quite difficult to culture. Because of how easily Cryptaphelenchus abietis can be cultivated in a laboratory setting, this new species may be particularly useful for future studies of the physiological and ecological evolution of nematodes in relation to their genomic characters.”