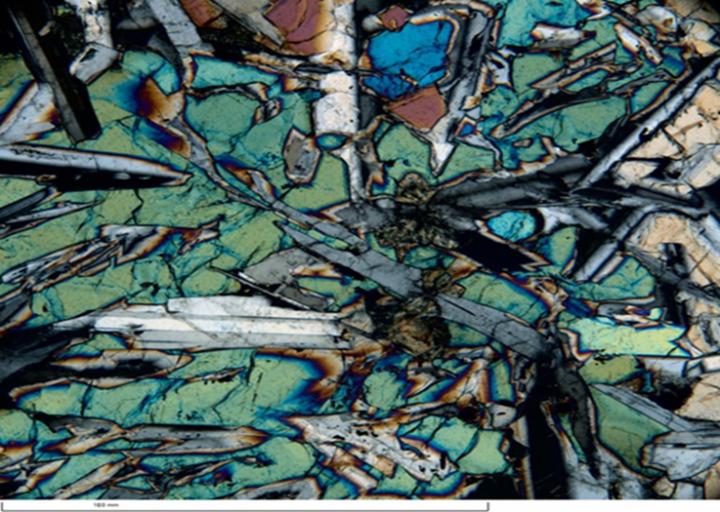 A new type of rock created during large and exceptionally hot volcanic eruptions has been discovered beneath the Pacific Ocean.

An international team of researchers including the University of Leeds unearthed the previously unknown form of basalt after drilling through the Pacific ocean floor.

The discovery suggests that ocean floor eruptions sourced in the Earth’s mantle were even hotter and more voluminous than previously thought. Report co-author is Dr Ivan Savov, of Leeds’ Institute of Geophysics and Tectonics, in the university’s School of Earth and Environment.

He said: “In an era when we rightly admire discoveries made through space exploration, our findings show there are still many discoveries still to make on our own planet.

“The rocks that we recovered are distinctly different to rocks of this type that we already know about. In fact, they may be as different to Earth’s known ocean floor basalts as Earth’s basalts are to the Moon’s basalts.

“Now that we know where and how this rock type is formed, we anticipate that many other rocks that we know were originally formed by ocean floor eruptions will be re-examined and potentially alter our wider understanding of the basalt formation.”

The newly-discovered basalt is distinct from known rocks in both its chemical and mineral makeup.

Its existence was previously not known because no new examples have been formed in millions of years. As a result, the new basalt type lay buried deep beneath sediment at the bottom of the ocean.

To find the new rock, the research team, aboard the Research Vessel (RV) JOIDES “Resolution”, sank their drilling equipment 6km down to the ocean floor of the Amami Sankaku Basin – about 1,000km southwest of Japan’s Mount Fuji volcano.

They then drilled a further 1.5km into the ocean floor, extracting samples that had never before been examined by scientists.

The research area was part of the birth of the “Ring of Fire” – a horseshoe-shaped belt known for regular volcanic eruptions and earthquakes. It stretches about 40,000 km around the Pacific, and is thought to have begun forming at least 50 million years ago.

Dr Savov explained: “This was one of the deepest waters ever to be considered for drilling, using a research vessel specifically designed for such challenging deep sea environments.

“Basalt is among the most common type of rock on earth. We were looking for basalt that was formed during early Ring of Fire volcanic eruptions.”.

The eruptions that created the newly-discovered basalt were very widespread (covering areas the size of western Europe) and occurred in a relatively short geological timescale of between 1-2 million years.

The research team’s findings have been published in Nature Communications. The team included scientists from Australia, Japan, USA, Germany, UK, China, and Switzerland.

The research was part of the International Ocean Discovery Program (IODP).

Dr Savov was funded by the Natural Environment Research Council.

For further details, contact Ian Rosser in the University of Leeds press office on [email protected]