Godly proportions for rare jade Scolopendra named after local gods, one of the largest arthropods in Japan 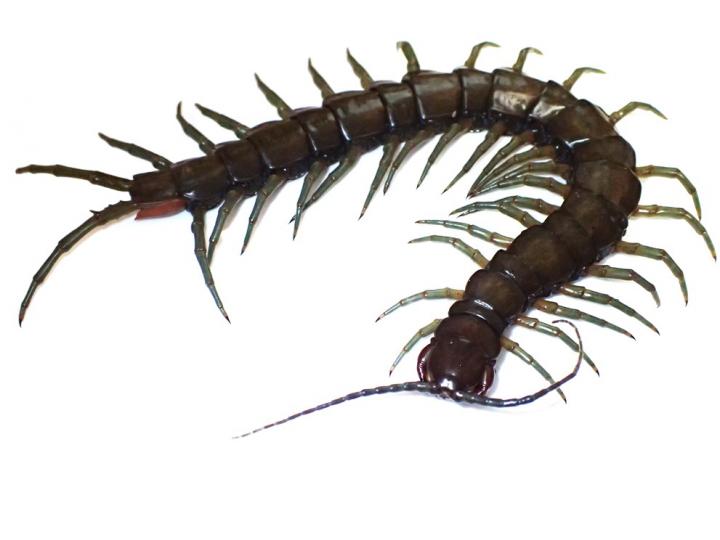 Tokyo, Japan – Researchers from Tokyo Metropolitan University and Hosei University have discovered a new species of large, tropical centipede of genus Scolopendra in Okinawa and Taiwan. It is only the third amphibious centipede identified in the world, and is the largest in the region, 20 cm long and nearly 2 cm thick. It is also the first new centipede to be identified in Japan in 143 years, testament to the incredible biodiversity of the Ryukyu Archipelago.

Scolopendra is a genus of large, tropical centipede, one of the original genera named by the father of modern taxonomy himself, Carl Linnaeus. They are strong predators in any soil ecosystems they inhabit, with around 100 different species found in tropical regions around the world. Of these, only five have been identified in Japan and Taiwan.

Scientists were excited when news came in of an unknown centipede species sighted around the Ryukyu Archipelago, reportedly attacking giant freshwater prawns. A team led by Sho Tsukamoto, his supervisor Associate Professor Katsuyuki Eguchi of Tokyo Metropolitan University, and Professor Satoshi Shimano of Hosei University set out to look for and identify this mystery creature.

It turned out that they had discovered an entirely new species. Genetic analysis confirmed that it was distinct from any of the other Scolopendra inhabiting the region. Approximately 20 cm in length and 2 cm in width, it is the largest centipede species to be found in Japan and Taiwan. Sporting a beautiful jade-colored shell, it has been named Scolopendra alcyona Tsukamoto & Shimano after the Greek mythological figure Alcyone, who was transformed into a kingfisher by Zeus. Its new Japanese name, ryujin-ômukade, also has a mythological origin, in homage to the region where it was found. Local myths have it that a dragon god, or ryujin, was in agony because a centipede had entered his ear. On seeing a chicken quickly devour a centipede, it was said that the god came to fear both centipedes and chickens. In the days of the kingdom of Ryukyu, people painted chickens on their boats and hoisted a centipede flag to strike fear into the dragon gods and cross the sea safely.

Notably, the scientists found that the centipedes preferred streamside environments, and exhibited amphibious characteristics, making it only the third amphibious Scolopendra in the world. This is the first discovery of a new centipede in Japan in 143 years; the fact that such a large invertebrate could go undiscovered until now is a reflection of the unexplored biodiversity of the Ryukyu Archipelago, and a strong case for its preservation. The species is most likely endangered, and currently inhabits forest streams where people do not go. The team hopes to continue to monitor and study them from a safe distance, to preserve their habitat.