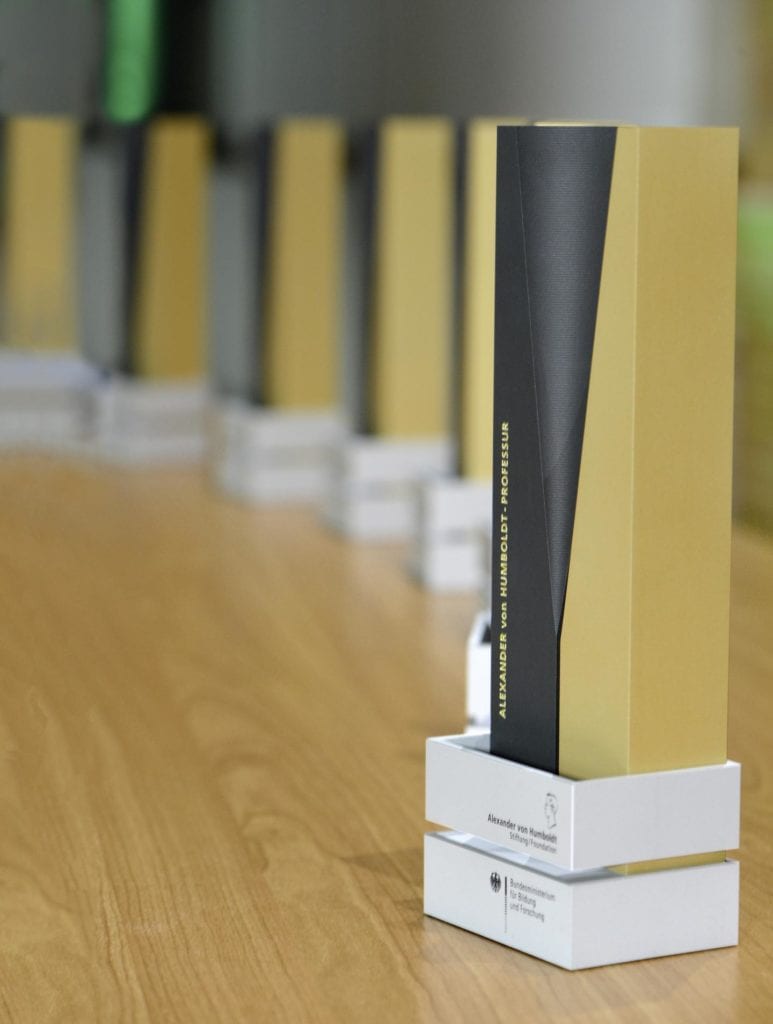 A physicist, a structural biologist, a neuroscientist and a mathematician have been selected to receive Germany’s most valuable international research award. The Alexander von Humboldt Professorship is endowed with funding of up to Euro 5 million and is granted to eminent researchers of all disciplines who have been working abroad up to now. They are expected to conduct cutting-edge research at German universities on a long-term basis. The newly-selected award winners currently work in Belgium, Spain, the United Kingdom and the United States. The award amount is earmarked for the first five years of their research in Germany. The Humboldt Professorship is granted by the Alexander von Humboldt Foundation and financed by the Federal Ministry of Education and Research.

The new award winners were chosen from a pool of seven nominated researchers from Belgium, Canada, Spain, the United Kingdom and the United States:

A first selection round was held in April. These outcomes mean that a total of nine award winners will now embark on appointment negotiations with the German universities that nominated them. If the researchers accept the Humboldt Professorship, the award will be conferred in May 2019.

Scienmag Apr 9, 2019
One of select group of NIH SBIR awardees to be featured at BIOCredit: InDevR BOULDER COLORADO (4/9/19)…