Long-theorized phenomenon observed in a working reactor could improve reactor safety, according to a new study 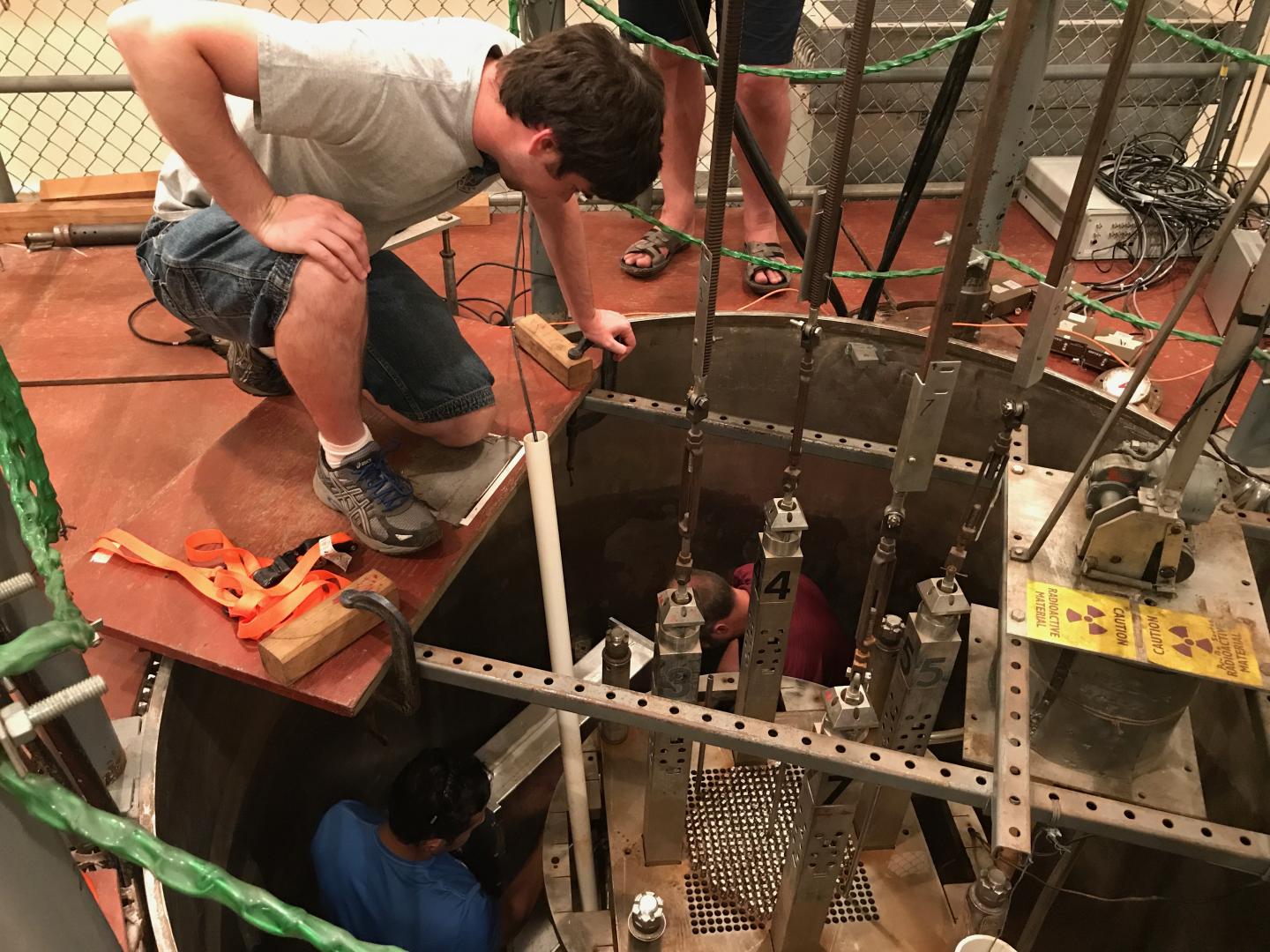 Los Alamos, N.M., July 12, 2021–For the first time, the long-theorized neutron-clustering effect in nuclear reactors has been demonstrated, which could improve reactor safety and create more accurate simulations, according to a new study recently published in the journal Nature Communications Physics.

“The neutron-clustering phenomenon had been theorized for years, but it had never been analyzed in a working reactor,” said Nicholas Thompson, an engineer with the Los Alamos Advanced Nuclear Technology Group. “The findings indicate that, as neutrons fission and create more neutrons, some go on to form large lineages of clusters while others quickly die off, resulting in so-called ‘power tilts,’ or asymmetrical energy production.”

Understanding these clustering fluctuations is especially important for safety and simulation accuracy, particularly as nuclear reactors first begin to power up. The study was a collaboration with the Institute for Radiological Protection and Nuclear Safety (IRSN) and the Atomic Energy Commission (CEA), both located in France.

“We were able to model the life of each neutron in the nuclear reactor, basically building a family tree for each,” said Thompson. “What we saw is that even if the reactor is perfectly critical, so the number of fissions from one generation to the next is even, there can be bursts of clusters that form and others that quickly die off.”

This clustering phenomenon became important to understand because of a statistical concept known as the gambler’s ruin, believed to have been derived by Blaise Pascal. In a betting analogy, the concept says that even if the chances of a gambler winning or losing each individual bet are 50 percent, over the course of enough bets the statistical certainty that the gambler will go bankrupt is 100 percent.

In nuclear reactors, from generation to generation, each neutron can be said to have a similar 50 percent chance of dying or fissioning to create more neutrons. According to the gambler’s ruin concept, the neutrons in a reactor might then have a statistical chance of dying off completely at some future generation, even though the system is at critical.

This concept had been studied widely in other scientific fields, such as biology and epidemiology, where this generational clustering phenomenon is also present. By drawing on this related statistical math, the research team was able to analyze whether the gambler’s ruin concept would hold true for neutrons in nuclear reactors.

“You would expect this theory to hold true,” says Jesson Hutchinson, who works with the Laboratory’s Advanced Nuclear Technology Group. “You should have a critical system that, while the neutron population is varying between generations, runs some chance of becoming subcritical and losing all neutrons. But that’s not what happens.”

To understand why the gambler’s ruin concept didn’t hold true, researchers used a low-power nuclear reactor located at the Walthousen Reactor Critical Facility in New York. A low-power reactor was essential for tracking the lifespans of individual neutrons because large-scale reactors can have trillions of interactions at any moment. The team used three different neutron detectors, including the Los Alamos-developed Neutron Multiplicity 3He Array Detector (NoMAD), to trace every interaction inside the reactor.

The team found that while generations of neutrons would cluster in large family trees and others died out, a complete die-off was avoided in the small reactor because of spontaneous fission, or the non-induced nuclear splitting of radioactive material inside reactors, which creates more neutrons. That balance of fission and spontaneous fission prevented the neutron population from dying out completely, and it also tended to smooth out the energy bursts created by clustering neutrons.

“Commercial-sized nuclear reactors don’t depend on the neutron population alone to reach criticality, because they have other interventions like temperature and control rod settings,” Hutchinson said. “But this test was interested in answering fundamental questions about neutron behavior in reactors, and the results will have an impact on the math we use to simulate reactors and could even affect future design and safety procedures.”

Funding: This work was supported by the DOE Nuclear Criticality Safety Program, funded and managed by the National Nuclear Security Administration for the Department of Energy.