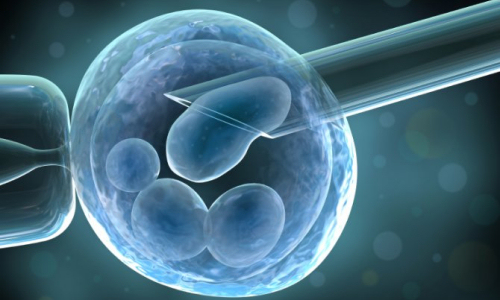 Putnam Valley, NY. (June 6, 2016) – A multi-center team of researchers in the U.S. testing the potential of cell therapy for treating Parkinson’s disease (PD) has found that grafting human parthenogenetic stem cell-derived neural stem cells (hpNSCs) into non-human primates modeled with PD promoted behavioral recovery, increased dopamine concentrations in the brain, and induced the expression of beneficial genes and pathways when compared to control animals not transplanted with stem cells.

The researchers also reported that the intracerebral injection and transplantation of hpNSCs was “safe and well-tolerated” for the two transplantation test animal groups with moderate to severe PD symptoms.

The results of their 12-month study will be published in a future issue of Cell Transplantation and is currently freely available on-line as an unedited, early epub at: http://www.ingentaconnect.com/content/cog/ct/pre-prints/content-CT-1518_Gonzalez_et_al

“Previous clinical studies have shown that grafted fetal neural tissue can achieve considerable biochemical and clinical improvements in PD, however the source of fetal tissue is limited and may sometimes be ethically controversial,” wrote the researchers. “Human parthenogenetic stem cells offer a good alternative because they can be derived without destroying potentially viable human embryos and can be used to generate an unlimited supply of neural cells for transplantation.”

According to the researchers, PD is characterized by a profound loss of function of the brain’s basal ganglia, resulting in a loss of dopamine neurons. While there are drugs, such as Levodopa (L-DOPA), that increase dopamine function and provide temporary clinical improvement in some symptoms, the drug can also cause serious side effects. Cell-based therapies are offering promise as an alternative. Experiments using stem cells have offered benefits in pre-clinical studies, but have also provided “a wide variety of patient outcomes,” said the researchers.

This study used hpNSCs because the cells demonstrate characteristics of human embryonic stem cells, but are not sourced from viable embryos, which may be destroyed in the process. Their previous studies with hpNSCs, said the authors, had shown that the cells could also be “chemically directed” to differentiate into multipotent neural stem cells and were able to be frozen for future use.

While the study was designed to determine whether the test animals showed greater improvement than the control group, researchers added that a longer outcome period than 12 months may have demonstrated continued improvement and divergence from controls.

“This was the first comprehensive study showing functional recovery after transplantation of human parthenogenetic neural stem cells in a non-human primate with moderate to severe PD symptoms,” concluded the researchers. “The results of this and other studies support the clinical translation of hpNSCs and the approval of the world’s first pluripotent stem cell-based therapy for treating Parkinson’s disease.”

“The use of neural stem cells derived from human parthenogenic cells may be a new avenue for treating a variety of conditions,” said Dr. Paul Sanberg, distinguished university professor at the University of South Florida in Tampa Florida and co-editor-in-chief of Cell Transplantation. “The study showed evidence of safety in using these cells, which is an improvement upon previous stem cell therapies that have shown some lineages may result in tumor formation. A follow-up study that further assesses the clinical potential of this approach for functional improvement may prove promising in future treatments for Parkinson’s disease.”