Networking with ghosts in the machine… and speaking kettles 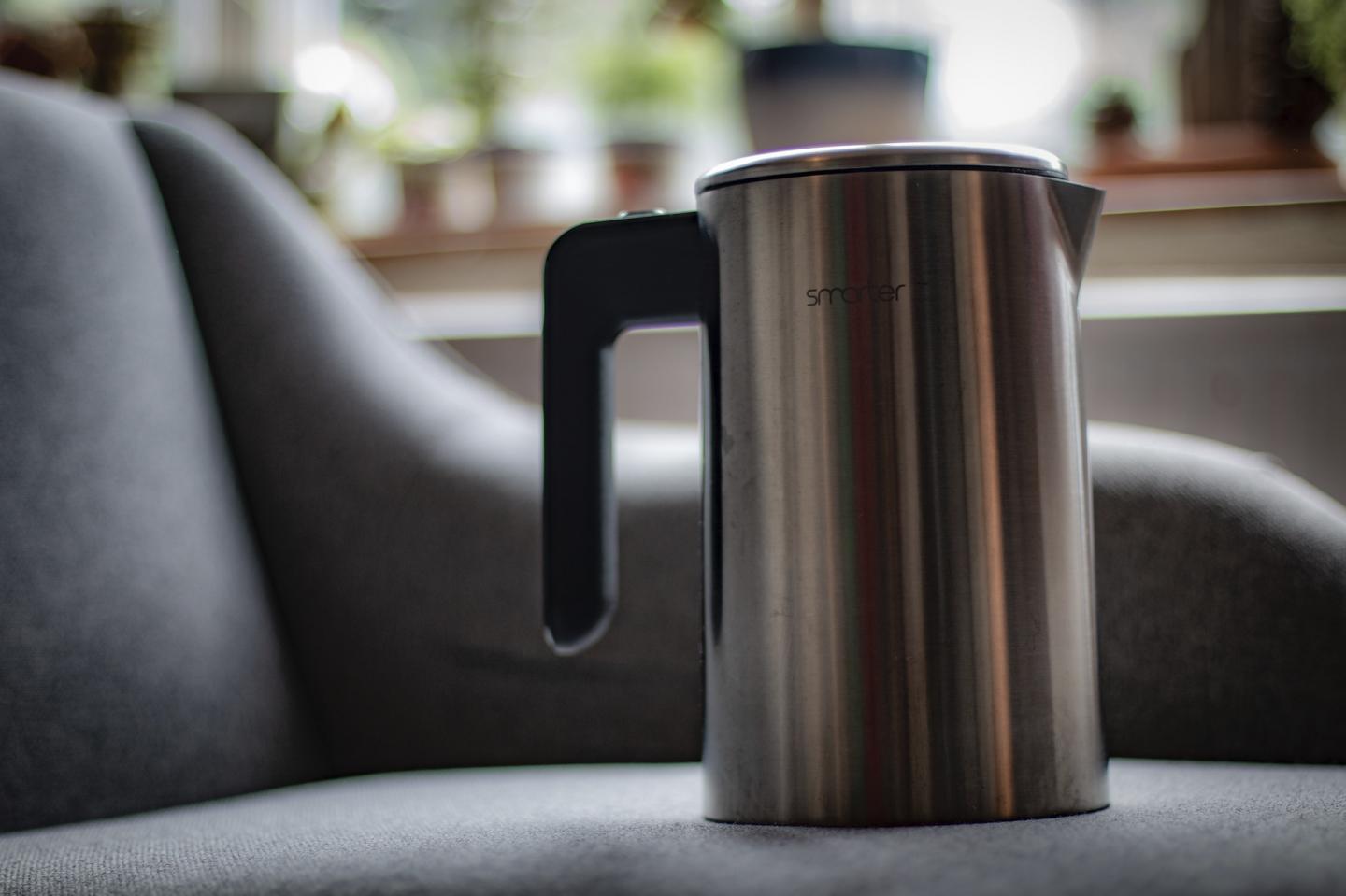 Imagine for just a moment that your kettle could speak? What would it say? How would it feel? More importantly, what on earth would you ask it?

Now researchers at Lancaster University have done just that by conducting several ‘talking head’ interviews with household objects as part of an experiment to understand more about our relationship with networked technologies known as The Internet of Things (IoT).

The drive behind the experiment is to uncover new ways of thinking and to create a range of practical tools for people to make more sense of the IoT.

“This might be useful, for example, to product designers, lecturers or even policy-makers” said Joe Lindley, a member of the research team which includes Professor Paul Coulton and PhD candidate Hayley Alter.

“Providing a more informed view, which really digs beneath the surface of these connected devices, could really change the dynamics empowering people with a more insightful perspective.”

The team’s new research paper ‘Networking with Ghosts in the Machine: Speaking to the Internet of Things’ is published in The Design Journal and includes an in-depth interview with a speaking kettle.

The smart kettle says she feels at home in the kitchen where it’s mainly ‘just me, the app and the meter’. She loves the tap but hated it when she moved to a new house and her owners transported their cutlery inside her because it made her feel ‘sort of jangly’.

A bit of fun in the making but his is actually part of a much bigger speculative experiment by the research team who developed the approach in several public workshops.

The charismatic interviewer’s probing questions provide a bold and novel leap into a new world examining theories, design and the world of networked technologies including, most importantly, the ethics around data.

The title of the paper refers to philosopher Gilbert Ryle’s famous phrase ‘the Ghost in the Machine’. Ryle used the phrase to refer to the ‘ghostly’ connection between a person’s mind and body’.

The research team say there is a similarly spooky connection between the physical and digital elements of IoT objects like the kettle and ask if these ghosts exist, what might they look like?

Joe Lindley, who will discuss the paper on an expert panel at the Cheltenham Science Festival this week, explains: “The IoT is really complicated and we are trying to figure out ways of making sense of it.

“There is some sort of magic in these things and it gives rise to something much bigger and more profound.

“We are exploring this by imagining these objects can talk and conversing with them.”

Workshop participants were tasked with asking the smart kettle questions. Initially they were very keen to find out who the kettle’s favourite artist was, and how it felt about the future, but eventually moved beyond these very human concerns and started to consider the experience of the kettle itself.

“The practical aspects of this research are experimental, the theoretical approaches challenging and the domain of interest highly dynamic,” adds Joe. “Hence this endeavour needed to be adaptive and react to insights as they emerged.

“The interview with the kettle represents the most significant step the research takes towards a method or approach that could contribute towards developing simple tools that anyone can use to explain and understand IoT devices.

“We wanted to apprehend these ‘ghosts’ – to find them, capture them and learn to better understand and manipulate them. We hope future ghost-busting work will create accessible and novel design heuristics. We live in a future shocked world punctuated and defined by networked technologies, learning machines, and the IoT. It’s a different type of world and we need new ways to look at it.”

The research team’s next exciting instalment will be a ‘who dunnit’ with starring roles by digital personal assistants, some smart-lights and a toy robot.

Micronutrients ‘slipping through the hands’ of…