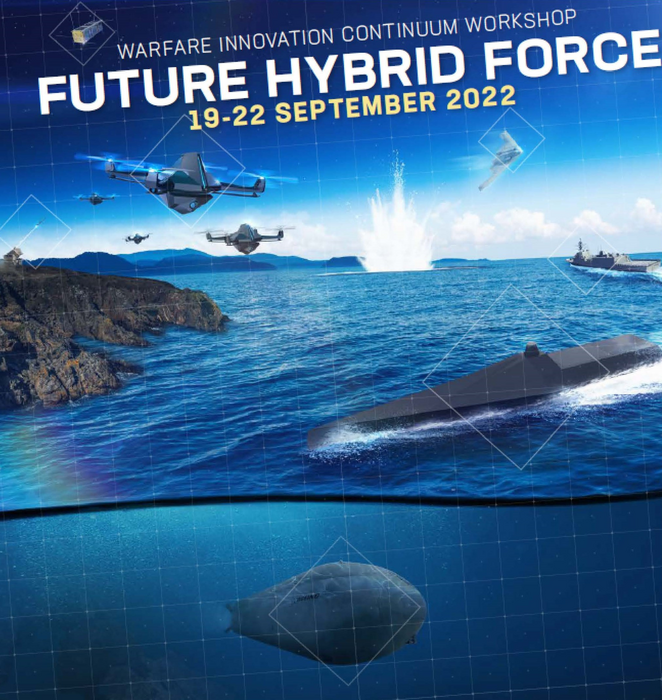 “One thing that I think is a huge benefit is not only the experience, but the networking opportunity,” said Naval Information Warfare Center (NIWC) Atlantic scientist Georgianna (George) Campbell. “The fact that I have met so many people, even when I was a participant, and the relationships and people I met as a participant in 2019, I currently have now in 2022. These are very important relationships that have directly impacted not only the projects that I work on, but also opportunities for me to work on.”

Attendees at the workshop envisioned how the WIC Workshop structure and process can be applied to their own issues. Steve Tomlinson, director of intelligence strategy and policy for Australia’s Department of Defence, saw potential in applying the approach to a future Five Eyes problem-solving engagement … Five Eyes is an intelligence alliance between the United States, Australia, Canada, New Zealand and the United Kingdom.

“I think it’s giving people the time and space to do that divergent thinking about starting with a problem and just exploring that problem space in depth rather than just jumping straight to solution,” said Tomlinson. “That’s been a real eye-opener, just the power of that and seeing people work through the process.”

Over the four-day evolution, participants were divided into seven teams comprised of military officers, early-career engineers and researchers. Through an iterative process, WIC Workshop teams brainstormed solutions to an overarching question, “How might the convergence of emerging technologies offer new operational concepts and force designs to create a more effective and resilient naval, joint and coalition force across the spectrum of conflict and in all domains?”

“Our engineers don’t always have military experience … Here they get some,” said Lockheed Martin Senior Strategy Analyst Glen Sears. “To sit down and work through problems with recent operational officers and learn new things … Some of those impressions even lead to networks that they can use for years to come.”

The WIC Workshop, spearheaded by the Naval Warfare Studies Institute (NWSI), is executed during NPS Thesis and Research Week, giving students and faculty at NPS time to address complex fleet issues, “from technical to ethical, concept generation to experimentation,” according to the lead organizers.

“Not only does this workshop approach a complex military problem space from a human perspective, which has not been a traditional DOD approach, but the workshop model purposefully structures teams with a vast array of perspectives to view the same problem space through the maximum number of lenses available, which leads teams into a robust solution space to generate truly unique concepts,” she added.

Kline pointed out that the intent for these career-long networks is for them to be a catalyst for future Department of Defense problem-solving. WIC is a perfect example of how NPS impacts the development of naval leaders, as well as a demonstration of the interest and value in lifelong learning which has been advocated by Secretary of the Navy Carlos Del Toro, an NPS alumnus.

“Based on the growing interest in the annual WIC Workshop, I expect that it will continue to be a prominent activity on the NPS calendar in the week between finals and graduation each September for many years to come, allowing NPS students the freedom to fully immerse themselves in the guided exploration of key challenges facing the U.S. DOD and impacting global security,” said Englehorn. “I also hope that this annual workshop will help NPS institutionalize this sort of human-centered design approach to rapid concept generation across campus and throughout curricula.”

The remaining effort this year builds on the 2021 WIC and will go deeper into emerging technology applications, focusing on opportunities to inform hybrid force design options as called for by NAVPLAN 2022.