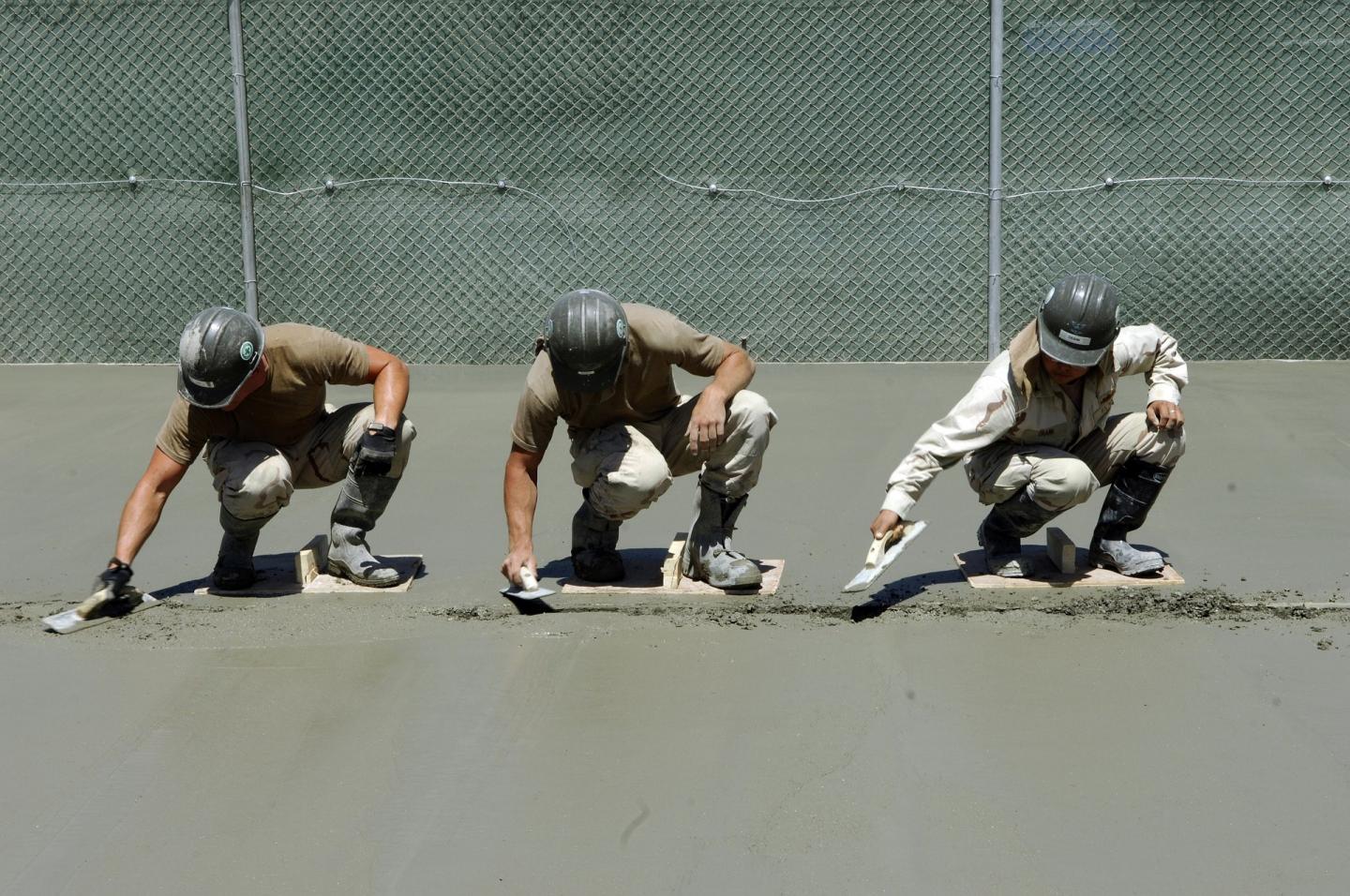 Secrets to cementing the sustainability of our future infrastructure may come from nature, such as proteins that keep plants and animals from freezing in extremely cold conditions. CU Boulder researchers have discovered that a synthetic molecule based on natural antifreeze proteins minimizes freeze-thaw damage and increases the strength and durability of concrete, improving the longevity of new infrastructure and decreasing carbon emissions over its lifetime.

“No one thinks about concrete as a high-tech material,” said Wil Srubar III, author of the new study and assistant professor of civil, environmental and architectural engineering. “But it’s a lot more high-tech than one might think. In the face of climate change, it is critical to pay attention to not only how we manufacture concrete and other construction materials that emit a lot of carbon dioxide in their production, but also how we ensure the long-term resilience of those materials.”

Concrete is formed by mixing water, cement powder and various aggregates, like sand or gravel.

Since the 1930s, small air bubbles have been put into concrete to protect it from water and ice crystal damage. This allows any water that seeps into the concrete to have room to expand when it freezes. Without it, the surface of damaged concrete will flake off.

But this finicky process can come at a cost, decreasing strength and increasing permeability. This allows road salts and other chemicals to leach into the concrete, which can then degrade steel embedded within.

As the U.S. faces a significant amount of aging infrastructure across the country, billions of dollars are spent each year to mitigate and prevent damage. This new biomimetic molecule, however, could dramatically reduce costs.

In tests, concrete made with this molecule–instead of air bubbles–was shown to have equivalent performance, higher strength, lower permeability and a longer lifespan.

With a patent pending, Srubar is hoping this new method will enter the commercial market in the next 5 to 10 years.

From the below-freezing waters of Antarctica to the ice-cold tundras of the Arctic, many plants, fish, insects and bacteria contain proteins that prevent them from freezing. These antifreeze proteins bind to the surface of ice crystals in an organism the moment they form–keeping them really, really small, and unable to do any damage.

“We thought that was quite clever,” said Srubar. “Nature had already found a way to solve this problem.”

Concrete suffers from the same issue of ice crystal formation, which previous engineers had tried to mitigate by adding air bubbles. So Srubar and his team thought: Why not gather a bunch of this protein, and put it into concrete?

Unfortunately, these proteins found in nature don’t like to be removed from their natural environments. They unravel or disintegrate, like overcooked spaghetti.

Concrete is also extremely basic, with a pH commonly over 12 or 12.5. This is not a friendly environment for most molecules, and these proteins were no exception.

So Srubar and his graduate students used a synthetic molecule–polyvinyl alcohol, or PVA–that behaves exactly like these antifreeze proteins but is much more stable at a high pH, and combined it with another non-toxic, robust molecule–polyethylene glycol–often used in the pharmaceutical industry to prolong the circulation time of drugs in the body. This molecular combination of two polymers remained stable at a high pH and inhibited ice crystal growth.

After water, concrete is the second most consumed material on Earth: two tons per person are manufactured each year. That’s a new New York City being built every 35 days for at least the next 32 years, according to Srubar.

“Its manufacture, use and disposal have significant environmental consequences. The production of cement alone, the powder that we use to make concrete, is responsible for about 8 percent of our global CO2 emissions.”

In order to meet Paris Agreement goals and keep global temperature increase well below 3.6 degrees Fahrenheit, the construction industry must decrease emissions by 40 percent by 2030 and eliminate them altogether by 2050. Climate change itself will only exacerbate stressors on concrete and aging infrastructure, with increased extreme temperatures and freeze and thaw cycles occurring more often in some geographic locations.

“The infrastructure which is designed today will be facing different climatic conditions in the future. In the coming decades, materials will be tested in a way they’ve never been before,” said Srubar. “So the concrete that we do make needs to last.”

Additional authors of this publication include Shane Frazier, Anastasia Aday and Elizabeth Delesky in the Materials Science and Engineering Program; and Mohammad Matar and Jorge Osio-Norgaard in Civil, Environmental, and Architectural Engineering at CU Boulder.