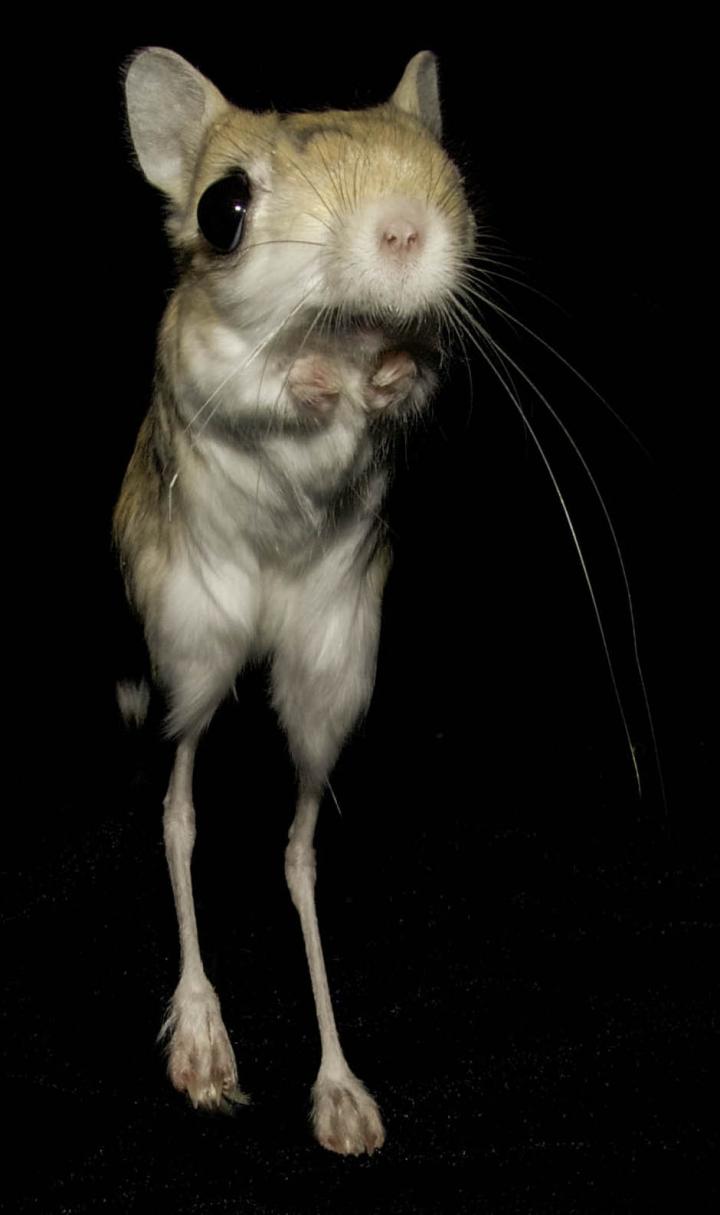 New insight on how the natural loss of foot muscles occurred in rodents and other species during their evolution has been published today in the open-access journal eLife.

The study suggests the natural loss of muscle in species such as rodents, horses and deer, which remodelled their feet over many millions of years, shares similarities with skeletal muscle atrophy – a condition that involves the wasting away of muscle and is typically considered a pathological response to injury or disease. These findings challenge well-supported assumptions that programmed cell death is the key driver behind developmental tissue loss.

Muscles inside our hands control the precise finger movements of a concert pianist. These, and similar intrinsic muscles in the feet, also allow some animals to climb by grasping and maneuvering through trees and bushes with remarkable agility. Over time, natural selection has altered the way some species move so that many no longer grasp objects with their hands and feet. Instead, the bones associated with these limbs have become disproportionately long to increase running stride and to allow some species to jump.

“We wanted to find out what happened over many millions of years of evolution to remove intrinsic foot muscles,” says lead author Mai Tran, a graduate student in senior author Kimberly Cooper’s lab at the University of California, San Diego, US. “Do they fail to form in the embryos of species where these muscles are absent in adults? Or do they start along a typical path of development that is derailed so that they are lost before the animal is fully mature?”

To answer these questions, Tran and her team studied the lesser Egyptian jerboa, Jaculus jaculus, a rodent that runs and leaps through sparsely vegetated deserts of Africa and Asia on disproportionately long hind feet. These limbs lack all intrinsic foot muscles and instead have robust ligaments similar to those found in horses and deer.

Studying these animals, and comparing them to closely related laboratory mice, the team found that although adults have no muscles in their feet, their offspring develop muscles that disappear rapidly soon after birth.

“It’s already known that an excess of cells form in many locations during animal development, such as webbing between fingers and toes, which are eliminated by a process of genetically programmed cell death,” Tran explains. “But we saw no evidence of any known mechanism of cell death in the jerboa foot muscles.”

Investigating this further, the researchers found that cells in the foot muscles disassemble the ordered array of proteins that are responsible for skeletal muscle contraction, and increase the expression of genes that degrade these muscle proteins during skeletal muscle atrophy.

“This was a surprising discovery, because muscle atrophy is considered a pathological response to fasting, nerve injury, or immobility that reduces the size but not the number of muscle cells in humans and mice,” says senior author Kimberly Cooper, Assistant Professor of Cell and Developmental Biology at the University of California, San Diego. “Characteristics of muscle atrophy are not typical of ‘normal’ skeletal muscle development.”

Cooper adds that this unexpected observation demonstrates how biological processes underlying normal development and disease are more interconnected than previously thought. “Further studies in non-traditional organisms may help to improve our understanding of the mechanisms involved in developmental remodelling, and of the biological processes typically associated with disease conditions,” she concludes.

The paper ‘Evolutionary loss of foot muscle during development with characteristics of atrophy and no evidence of cell death’ can be freely accessed online at https://doi.org/10.7554/eLife.50645. Contents, including text, figures and data, are free to reuse under a CC BY 4.0 license.

eLife is a non-profit organisation inspired by research funders and led by scientists. Our mission is to help scientists accelerate discovery by operating a platform for research communication that encourages and recognises the most responsible behaviours in science. We publish important research in all areas of the life and biomedical sciences, including Developmental Biology and Evolutionary Biology, which is selected and evaluated by working scientists and made freely available online without delay. eLife also invests in innovation through open-source tool development to accelerate research communication and discovery. Our work is guided by the communities we serve. eLife is supported by the Howard Hughes Medical Institute, the Max Planck Society, the Wellcome Trust and the Knut and Alice Wallenberg Foundation. Learn more at https://elifesciences.org/about.

And for the latest in Evolutionary Biology, see https://elifesciences.org/subjects/evolutionary-biology.

Leaders in their fields