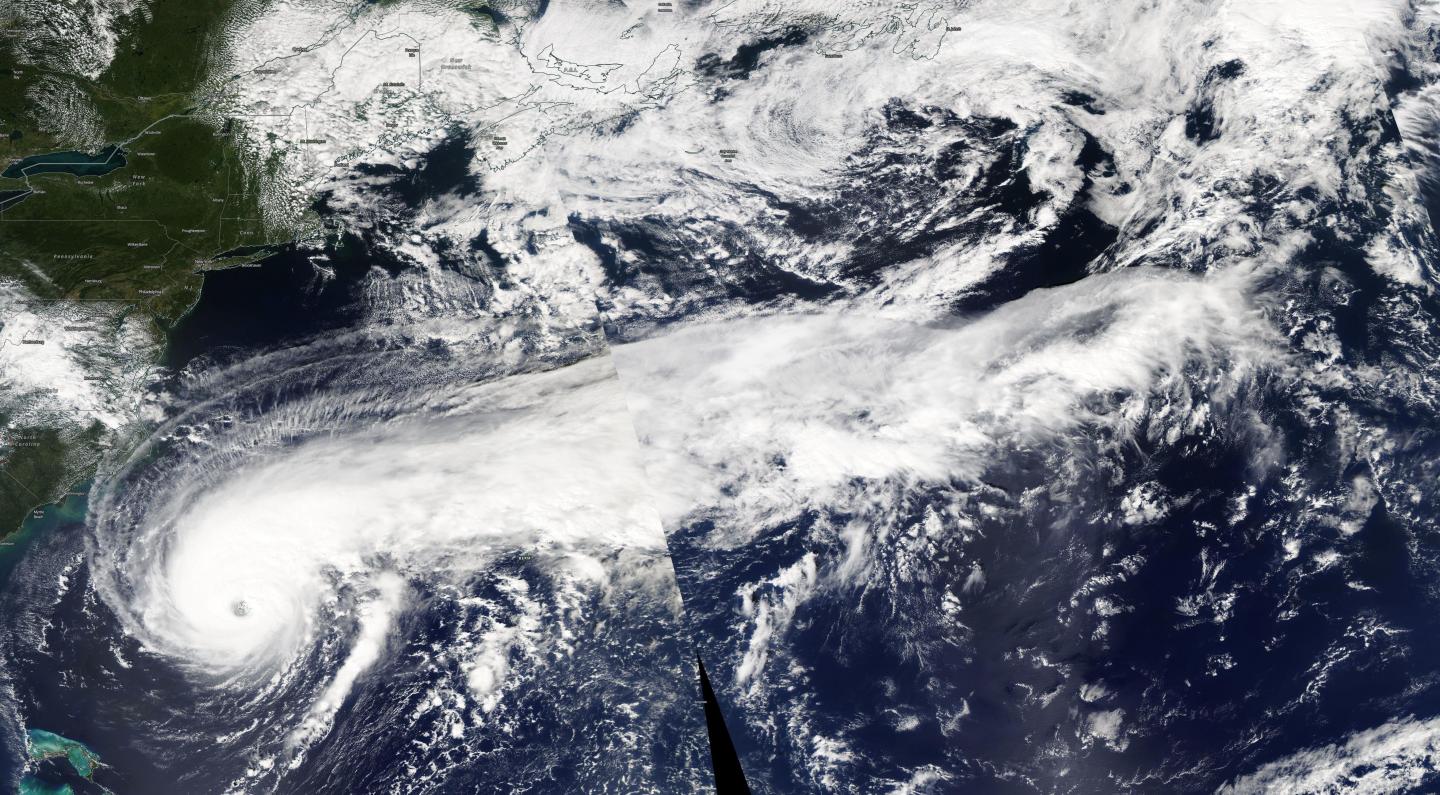 On Sept. 18, the Moderate Imaging Spectroradiometer or MODIS instrument that flies aboard NASA’s Aqua satellite passed over the northern Atlantic Ocean and gathered images of Hurricane Humberto. Humberto is such a large storm that the Aqua satellite had to make two Earth orbits to capture the entire storm. At NASA’s Goddard Space Flight Center in Greenbelt, Maryland, those images were put together to form a complete picture of Humberto.

Although Humberto’s eye was just about 490 miles (785 km) west-southwest of Bermuda at the time of the Aqua overpass, the thick band of thunderstorms east of the center stretched beyond eastern Canada!

On Sept. 19, the National Hurricane Center (NHC) said, “Humberto’s satellite presentation continues to be outstanding with a large ragged eye and surrounded by deep convection.”

The NHC said, “At 8 a.m. EDT (1200 UTC), the eye of Hurricane Humberto was located by satellite near latitude 31.8 degrees north and longitude 68.9 degrees west. Humberto has increased its forward speed and is moving toward the east-northeast near 16 mph (26 kph). This general motion with an additional increase in forward speed is expected through early Thursday, followed by a northeastward to north-northeastward motion through Friday.

Maximum sustained winds are near 115 mph (185 kph) with higher gusts.  Humberto is a category 3 hurricane on the Saffir-Simpson Hurricane Wind Scale.  Some fluctuations in intensity are likely during the next day or so, but Humberto should remain a powerful hurricane through early Thursday.  A steady weakening trend should begin later on Thursday, Sept. 19.

On the NHC forecast track, the core of Humberto is expected to pass just to the northwest and north of Bermuda later tonight.

Scienmag Feb 25, 2019
Carla Ng will use the NSF CAREER award to study the health and environmental impact of per- and polyfluorinated…