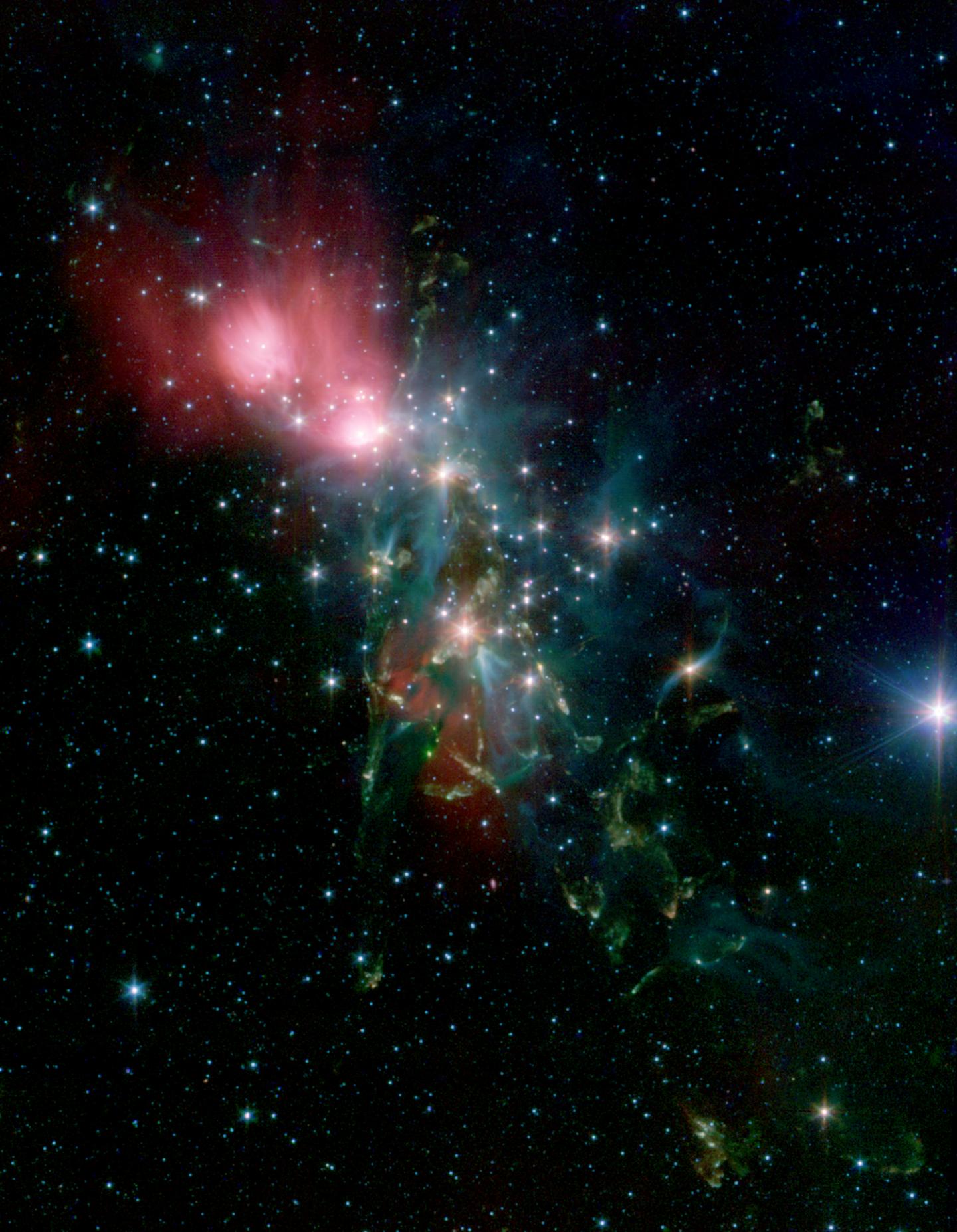 How small are the smallest celestial objects that form like stars, but don’t produce their own light? How common are they compared to full-fledged stars? How about “rogue planets,” which formed around stars before being tossed into interstellar space? When NASA’s James Webb Space Telescope launches in 2021, it will shed light on these questions.

Answering them will set a boundary between objects that form like stars, which are born out of gravitationally collapsing clouds of gas and dust, and those that form like planets, which are created when gas and dust clump together in a disk around a young star. It will also distinguish among competing ideas about the origins of brown dwarfs, objects with masses between 1% and 8% of the Sun that cannot sustain hydrogen fusion at their cores.

In a study led by Aleks Scholz of the University of St Andrews in the United Kingdom, researchers will use Webb to discover the smallest, faintest residents of a nearby stellar nursery called NGC 1333. Located about 1,000 light-years away in the constellation Perseus, the stellar cluster NGC 1333 is fairly close in astronomical terms. It is also very compact and contains many young stars. These three factors make it an ideal place to study star formation in action, particularly for those interested in very faint, free-floating objects.

“The least massive brown dwarfs identified so far are only five to 10 times heftier than the planet Jupiter,” explained Scholz. “We don’t yet know whether even lower mass objects form in stellar nurseries. With Webb, we expect to identify cluster members as puny as Jupiter for the first time ever. Their numbers relative to heftier brown dwarfs and stars will shed light on their origins and also give us important clues about the star formation process more broadly.”

Very low-mass objects are cool, meaning they emit most of their light in infrared wavelengths. Observing infrared light from ground-based telescopes is challenging because of interference from Earth’s atmosphere. Due to its sheer size and ability to see infrared light with unprecedented sensitivity, Webb is ideally suited for finding and characterizing young free-floating objects with masses below five Jupiters.

The distinction between brown dwarfs and giant planets is blurry.

“There are some objects with masses below the 10-Jupiter mark freely floating through the cluster. As they don’t orbit any particular star, we may call them brown dwarfs, or planetary-mass objects, since we don’t know better,” said team member Koraljka Muzic of the University of Lisbon in Portugal. “On the other hand, some massive giant planets may have fusion reactions. And some brown dwarfs may form in a disk.”

There is also the issue of “rogue planets”–objects that form like planets and then later get ejected from their solar systems. These free-floating bodies are doomed to wander between the stars forever.

The team will use Webb’s Near Infrared Imager and Slitless Spectrograph (NIRISS) to study these various low-mass objects. A spectrograph breaks the light from a single source into its component colors the way a prism splits white light into a rainbow. That light carries fingerprints produced when material emits or interacts with light. Spectrographs allow researchers to analyze those fingerprints and discover properties like temperature and composition.

NIRISS will give the team simultaneous information for dozens of objects. “That is key. For an unambiguous confirmation of a brown dwarf or rogue planet we need to see the absorption signatures of molecules — water and methane primarily — in the spectra,” explained team member Ray Jayawardhana of Cornell University. “Spectroscopy is time consuming, and being able to observe many objects simultaneously helps enormously. The alternative is to take images first, measure colors, select candidates, and then go and take spectra, which will take much more time and relies on more assumptions.”

This work is being conducted as part of a Webb Guaranteed Time Observations (GTO) program. This program is designed to reward scientists who helped develop the key hardware and software components or technical and interdisciplinary knowledge for the observatory. Jayawardhana has been involved in the design and development of NIRISS, as well as its key science programs, as a core member of the instrument team since 2004.

The James Webb Space Telescope will be the world’s premier space science observatory when it launches in 2021. Webb will solve mysteries in our solar system, look beyond to distant worlds around other stars, and probe the mysterious structures and origins of our universe and our place in it. Webb is an international program led by NASA with its partners, ESA (European Space Agency) and the Canadian Space Agency.

Scienmag Aug 28, 2019
Credit: Photo by Anette Juhlin A major new study on the association between blood glucose levels and risks…