For the first time, NASA’s Neutron star Interior Composition Explorer (NICER) has observed the merging of multimillion-degree X-ray spots on the surface of a magnetar, a supermagnetized stellar core no larger than a city. 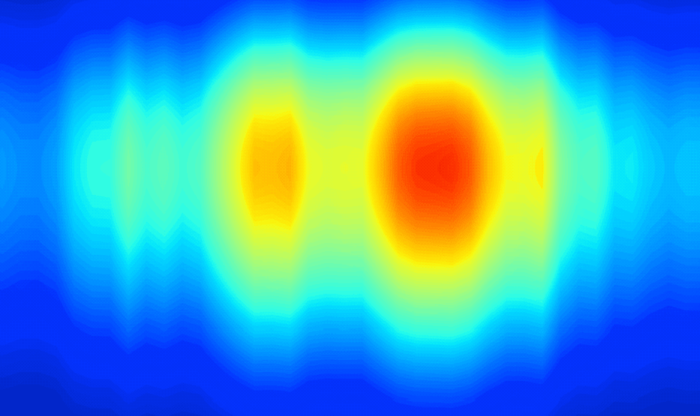 For the first time, NASA’s Neutron star Interior Composition Explorer (NICER) has observed the merging of multimillion-degree X-ray spots on the surface of a magnetar, a supermagnetized stellar core no larger than a city.

“NICER tracked how three bright, X-ray-emitting hot spots slowly wandered across the object’s surface while also decreasing in size, providing the best look yet at this phenomenon,” said George Younes, a researcher at George Washington University in Washington and NASA’s Goddard Space Flight Center in Greenbelt, Maryland. “The largest spot eventually coalesced with a smaller one, which is something we haven’t seen before.”

This unique set of observations, described in a paper led by Younes and published Jan. 13 in The Astrophysical Journal Letters, will help guide scientists to a more complete understanding of the interplay between the crust and magnetic field of these extreme objects.

A magnetar is a type of isolated neutron star, the crushed core left behind when a massive star explodes. Compressing more mass than the Sun’s into a ball about 12 miles (20 kilometers) across, a neutron star is made of matter so dense that a teaspoonful would weigh as much as a mountain on Earth.

What sets magnetars apart is that they sport the strongest magnetic fields known, up to 10 trillion times more intense than a refrigerator magnet’s and a thousand times stronger than a typical neutron star’s. The magnetic field represents an enormous storehouse of energy that, when disturbed, can power an outburst of enhanced X-ray activity lasting from months to years.

On Oct. 10, 2020, NASA’s Neil Gehrels Swift Observatory discovered just such an outburst from a new magnetar, called SGR 1830-0645 (SGR 1830 for short). It’s located in the constellation Scutum, and while its distance is not precisely known, astronomers estimate that the object lies about 13,000 light-years away. Swift turned its X-Ray Telescope to the source, detecting repeated pulses that revealed the object was rotating every 10.4 seconds.

NICER measurements from the same day show that the X-ray emission exhibited three close peaks with every rotation. They were caused when three individual surface regions much hotter than their surroundings spun into and out of our view.

NICER observed SGR 1830 almost daily from its discovery to Nov. 17, after which the      Sun was too close to the field of view for safe observation. Over this period, the emission peaks gradually shifted, occurring at slightly different times in the magnetar’s rotation. The results favor a model where the spots form and move as a result of crustal motion, in much the same way as the motion of tectonic plates on Earth drives seismic activity.

“The crust of a neutron star is immensely strong, but a magnetar’s intense magnetic field can strain it beyond its limits,” said Sam Lander, an astrophysicist at the University of East Anglia in Norwich, United Kingdom, and a co-author of the paper. “Understanding this process is a major challenge for theorists, and now NICER and SGR 1830 have brought us a much more direct look at how the crust behaves under extreme stress.”

The team thinks these observations reveal a single active region where the crust has become partially molten, slowly deforming under magnetic stress. The three moving hot spots likely represent locations where coronal loops – similar to the bright, glowing arcs of plasma seen on the Sun – connect to the surface. The interplay between the loops and crustal motion drives the drifting and merging behavior.

“Changes in pulse shape, including decreasing numbers of peaks, previously have been seen only in a few ‘snapshot’ observations widely separated in time, so there was no way to track their evolution,” said Zaven Arzoumanian, the NICER science lead at Goddard. “Such changes could have occurred suddenly, which would be more consistent with a lurching magnetic field than wandering hot spots.”

Pulse Peak Migration during the Outburst Decay of the Magnetar SGR 1830-0645: Crustal Motion and Magnetospheric Untwisting