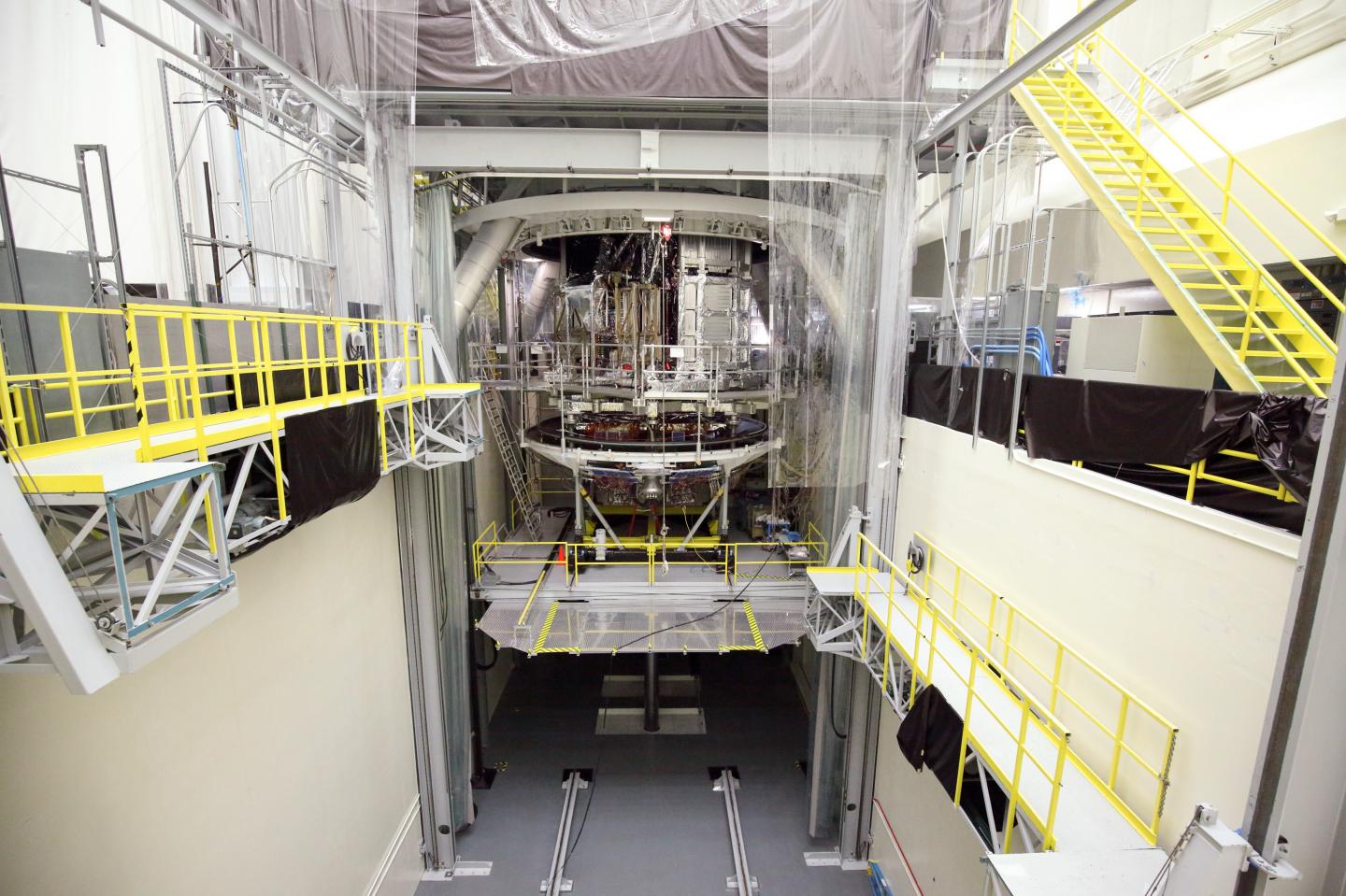 NASA’s James Webb Space Telescope has successfully cleared another critical testing milestone, taking this ambitious observatory one step closer to its 2021 launch. The spacecraft has gone through its final thermal vacuum test meant to ensure that its hardware will function electronically in the vacuum of space, and withstand the extreme temperature variations it will encounter on its mission.

One half of the Webb observatory, known as the “spacecraft element,” completed this testing at the facilities of Northrop Grumman, the mission’s lead industrial partner, in Los Angeles. The other half of Webb, which consists of the telescope and science instruments, has already successfully completed its thermal vacuum testing at NASA’s Johnson Space Center in Houston prior to delivery at Northrop Grumman last year.

In the most recent major environmental test, technicians and engineers locked the Webb spacecraft element inside a special thermal vacuum chamber. The testing team drained the atmosphere from the room to replicate the vacuum of space, and exposed the Webb spacecraft element to a wide range of hot and cold temperatures, spanning from minus 235 degrees Fahrenheit (minus 148 degrees Celsius) to a sweltering 215 degrees Fahrenheit (102 degrees Celsius). This variation of temperatures ensures the spacecraft will survive the extreme conditions it will actually experience in space.

The spacecraft element consists of the “bus,” which is the equipment that actually flies the observatory in space, plus the revolutionary five-layer tennis-court-size sunshield that will keep Webb’s sensitive optics and instruments in the shade, and at their required super-cold operating temperatures. The spacecraft element is imperative to the success of Webb’s scientific goals, and must be thoroughly tested and validated for flight.

With the completion of this latest thermal vacuum test, all of Webb’s components have been exposed to the varied conditions that they will encounter during launch, and while in orbit a million miles away from Earth.

“The teams from Northrop Grumman and NASA Goddard Space Flight Center are to be commended for a successful spacecraft thermal vacuum test, dedicating long hours to get where we are now,” said Jeanne Davis, program manager for the James Webb Space Telescope Program. “This incredible accomplishment paves the way for the next major milestone, which is to integrate the telescope and the spacecraft elements.”

The next steps will be to join both halves of Webb to form the fully assembled observatory and complete a final round of deployments, testing and evaluation prior to launch. A full deployment of the spacecraft element will verify that Webb is ready to proceed to the launch site.

The James Webb Space Telescope will be the world’s premier space science observatory. Webb will solve mysteries in our solar system, look beyond to distant worlds around other stars, and probe the mysterious structures and origins of our universe and our place in it. Webb is an international project led by NASA with its partners, ESA (European Space Agency) and the Canadian Space Agency.

The most complete study of battery failure sees the light

New voyage to the universe from DESHIMA