On June 16, 1995, when the World Wide Web was young, two gamma-ray astronomers at NASA’s Goddard Space Flight Center in Greenbelt, Maryland, launched a website with a simple aim – to post a daily astronomical image along with a brief, easily understood explanation. 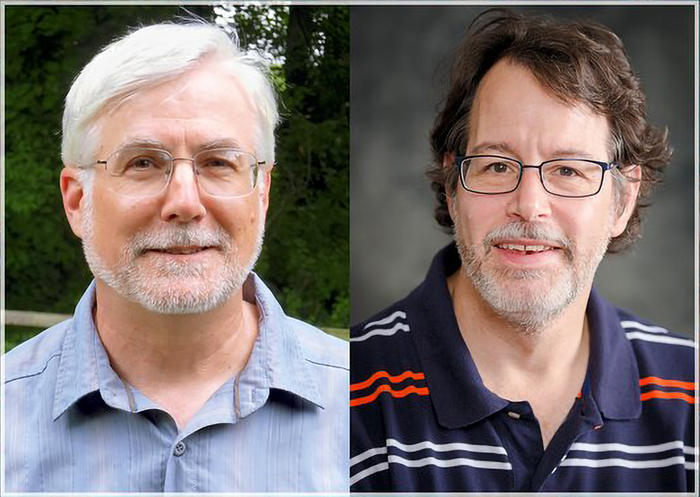 On June 16, 1995, when the World Wide Web was young, two gamma-ray astronomers at NASA’s Goddard Space Flight Center in Greenbelt, Maryland, launched a website with a simple aim – to post a daily astronomical image along with a brief, easily understood explanation.

Twenty-seven years on, Astronomy Picture of the Day (known affectionately as APOD) is available in 20 languages, seen by millions each day, and is used in classrooms throughout the world. APOD has now been honored in the International Astronomical Union’s first-ever round of outreach prizes. The award will be presented at the IAU General Assembly in Busan, South Korea, in August.

“APOD is a gem in the crown of astronomy outreach that continues to raise awareness of astronomy and space science,” said Mark Clampin, the director of Goddard’s Sciences and Exploration Directorate. “It is truly a fixture in the daily routines of millions of people.”

APOD co-founders Jerry Bonnell, working at the University of Maryland, College Park and Goddard, and Robert Nemiroff, now at Michigan Technological University, hit on the idea while brainstorming how they might contribute to the growing web.

“We realized NASA had an incredible archive of images from astronomy and solar system exploration missions,” explained Bonnell. “We started with those but invited basically anyone with a camera to contribute. The individual amateur contributions really took off and are a mainstay of APOD after all these years. Posting one astronomy picture a day and a simple explanation really became a labor of love.”

APOD features science ranging from atmospheric phenomena and naked-eye astronomy to cosmology and space exploration, with images taken in light across the spectrum, from radio to gamma rays, along with supercomputer simulations and data visualizations.

“We’ve always had a very generous idea of what constitutes an astronomical picture,” said Nemiroff. “That first image was one I computed showing how Earth and the sky would look if our planet had the density of a neutron star. While APOD features the work of professional astronomers using high-end facilities, including NASA satellites, we frequently highlight the work of non-scientist astrophotographers, who produce incredible work now.”

APOD has hosted nearly 9,900 daily images over the last 27 years. As one of NASA’s most popular websites, APOD continues to inspire awe, curiosity, and interest in the cosmos. Its creators hope something like it will continue far into the future, long after the web itself is obsolete.

APOD is funded by NASA’s Science Activation program, a community-based approach to connect NASA science with learners of all ages, from the Science Mission Directorate at NASA Headquarters in Washington.