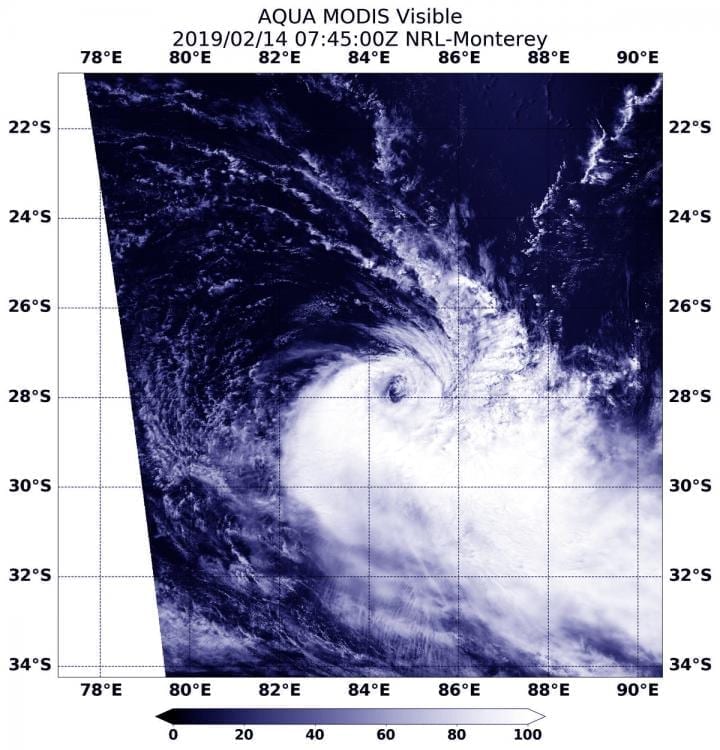 On Feb. 14, 2019 at 2:45 a.m. EDT (0745 UTC) the Moderate Resolution Imaging Spectroradiometer or MODIS instrument aboard NASA’s Aqua satellite captured a visible image of Tropical Cyclone Gelena in the Southern Indian Ocean. The image showed Gelena’s clear low level center of circulation, and the bulk of the tropical cyclone’s clouds pushed south of the center. That’s because of strong northerly wind shear.

In general, wind shear is a measure of how the speed and direction of winds change with altitude. Wind shear can tear a tropical cyclone apart or weaken it.

On Feb 14 at 10 a.m. EDT (1500 UTC), Gelena’s maximum sustained winds were near 40 knots (46 mph/74 kph). It was centered near 28.6 degrees south latitude and 86.6 east longitude. Tropical Cyclone Gelena is approximately 1,474 nautical miles south-southeast of Diego Garcia, and has tracked east-southeastward.

New organelle that helps prevent cancer discovered in our cells

The geometry of an electron determined for the first time