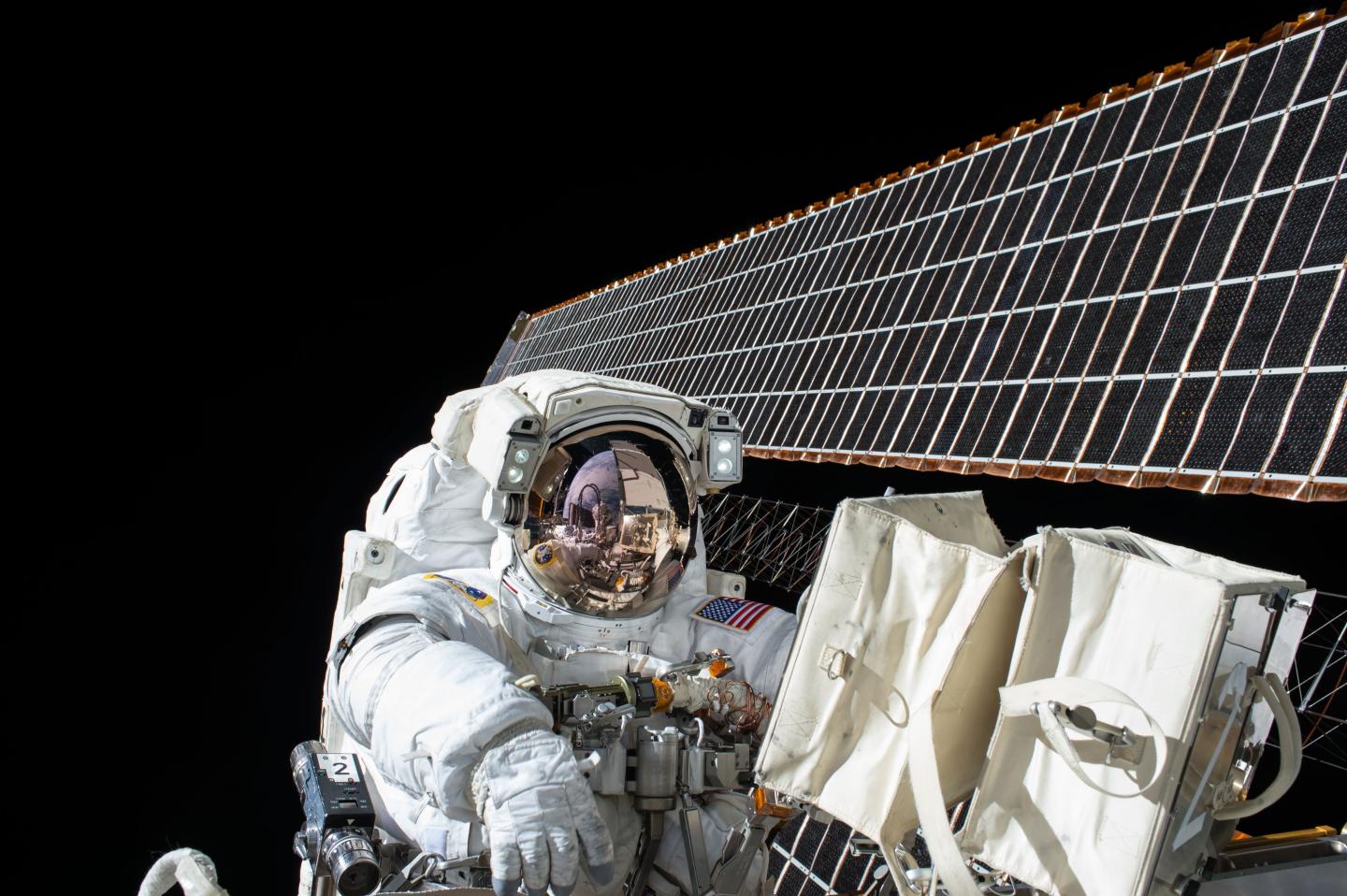 During his yearlong stay on the International Space Station (ISS), astronaut Scott Kelly experienced a shift in the ratio of two major categories of bacteria in his gut microbiome. The diversity of bacteria in his microbiome, however, did not change during spaceflight, which the Northwestern University-led research team found encouraging.

Gut health affects digestion, metabolism and immunity; and, more recently, changes in the microbiome have been linked to changes in bones, muscles and the brain.

The study’s finding could help physicians and researchers pinpoint and implement ways to protect astronauts’ and space tourists’ microbiomes during long bouts of space travel, such as during the much-anticipated mission to Mars. These countermeasures could include pre-, pro- and postbiotics.

“We cannot send humans to Mars without knowing how spaceflight affects the body, including the microbes traveling with humans to Mars,” said Northwestern’s Fred W. Turek, who led the microbiome study. “And we need to know sooner rather than later. The plan is to send people to Mars in 2035, so we cannot wait until 2033 to gain this information.”

Northwestern’s gut microbiome research was one study out of ten that will publish Friday (April 12) in one comprehensive paper in the journal Science. Each study examines one aspect of how spaceflight affects the human body, including changes in gene expression, bone density, immune system responses and telomere dynamics.

“There were ten teams of researchers but only one article,” said Martha Vitaterna, first author of the Northwestern study. “This multi-system, integrated analysis over time is one thing that makes the Twins Study unique and powerful. We can see which things change together in the human body.”

Turek and Vitaterna looked at how the composition of bacteria in Scott Kelly’s gut changed over time and space. The pair collected two fecal samples from Scott Kelly before he left for space, four during the year in space and three after he returned to Earth.

“We did compare Scott with Mark, which was interesting,” said Turek, the Charles and Emma Morrison Professor of Neurobiology in Northwestern’s Weinberg College of Arts and Sciences and director of the Center for Sleep and Circadian Biology. “But the real comparison was looking at Scott’s samples from before, during and after flight. That’s probably the most valuable information we have.”

Often called a “new organ system,” the gut’s microbiome is a complex community of microorganisms — including bacteria, viruses and fungi — that live in the digestive tract. Only within the past 10 years have researchers started to realize how the microbiome’s health and diversity affects the rest of the human body. Altering the microbiome can lead to alterations in the bone, muscle and brain.

“The influence that bacteria have on all other systems of the body is really remarkable,” said Vitaterna, a research professor of neurobiology at Northwestern. “There are studies that link changes in the gut microbiome with neurological and physiological conditions, like Alzheimer’s disease, Parkinson’s disease, autism and schizophrenia. By protecting the gut, we can protect all these other systems.”

More than 90 percent of the gut’s bacteria belong to one of two broad categories: Firmicutes or Bacteroidetes. Both categories contain a mix of both good and bad bacteria. The ratio between Firmicutes and Bacteroidetes in Scott Kelly’s microbiome experienced a pronounced shift during spaceflight — the number of Firmicutes increased while Bacteroidetes decreased. This shift was among the greater compositional change that the researchers noted in Scott Kelly’s microbiome, which returned to normal after he came back to Earth.

“There was some kind of wholesale shift in remodeling of the structure of this community of microorganisms,” Vitaterna said. “We cannot say whether it’s good or bad.”

What caused the shift?

A number of variables could have influenced Scott Kelly’s microbiome while in space, including microgravity, increased radiation, shifts in circadian rhythms, decreased sleep time, lack of air circulation, the stress of living in an enclosed space and an altered diet. Turek and Vitaterna were concerned that Scott Kelly’s diet in space, which comprised mostly freeze-dried, irradiated, pre-packaged foods, would decrease the diversity in his microbiome. Initially, diet does not appear to matter as much as the researchers worried.

This result mirrored mouse studies the Northwestern pair conducted in the past. Whereas Scott and Mark Kelly did not eat the same foods during the yearlong study, mice in previous studies ate the exact same diet. Still, the space mice experienced shifts in their gut microbiomes compared to the control mice on Earth.

Turek believes microgravity is most likely responsible for the change. “We think that microgravity has an effect on the bacteria,” he said. “That’s what we want to determine going forward.”

Turek and Vitaterna collaborated with researchers from the University of Illinois-Chicago and Rush University Medical Center in Chicago.

Brain area tied to emotions is larger in vets, service members with mild TBI and…