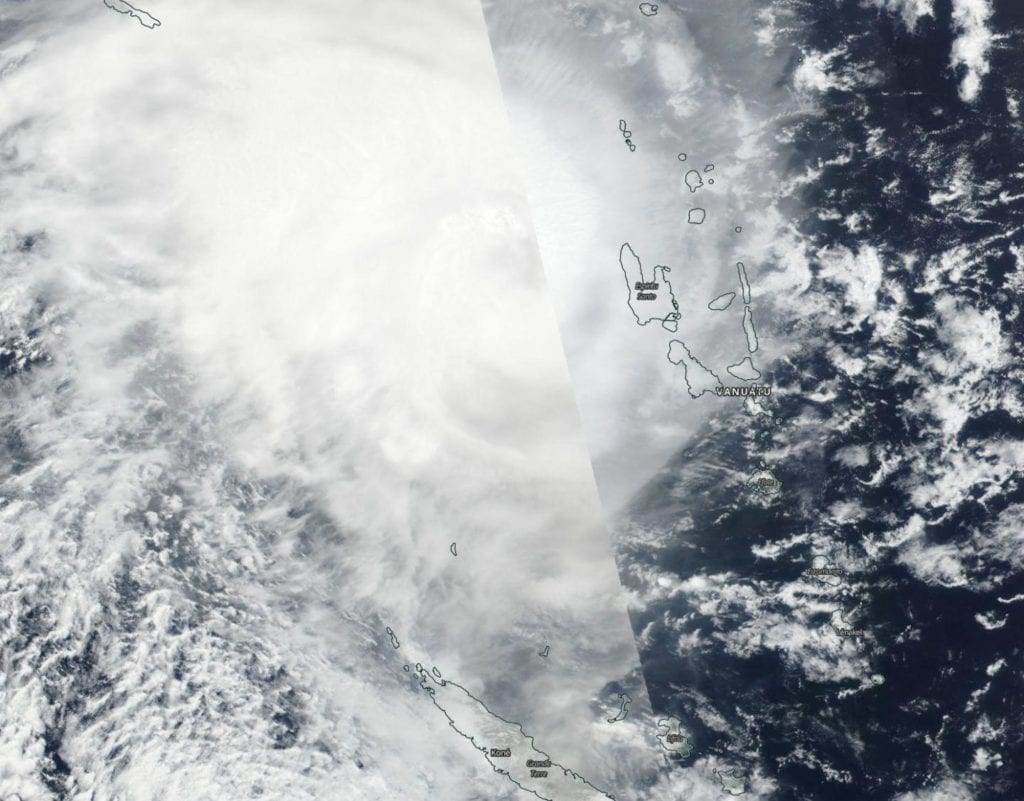 Tropical Cyclone Oma continued to stay just west of Vanuatu in the Southern Pacific Ocean as NASA-NOAA’s Suomi NPP satellite passed overhead and captured an image of the tropical storm.

Tropical Cyclone Warning Number 26 was issued by the Vanuatu Meteorology and Geo-Hazards Department (VMGD), Port Vila at 3:05 a.m. VUT (local time) Saturday, February 16, 2019 (11 a.m. EDT, Feb. 15) for the Torba, Sanma and Malampa Provinces. The VMGD noted that: “Heavy rainfalls and flash flooding over low lying areas and areas close to the river banks, including coastal flooding will continue to affect Torba, Sanma and Malampa provinces tonight. Seas will remain very rough to phenomenal with heavy and phenomenal swells over the affected areas.”

Suomi NPP passed over Oma on Feb. 15 and the Visible Infrared Imaging Radiometer Suite (VIIRS) instrument provided a visible image of the storm. The VIIRS image showed a large area of thunderstorms wrapping into the center. Most of the convection (rising air that condenses and forms clouds and thunderstorms that make up a tropical cyclone) is north of the center. Oma was passing to the west of Vanuatu.

For updated forecasts from the Vanuatu Meteorology and Geo-Hazards Department, visit: https://www.vmgd.gov.vu/

Why some brain tumors respond to immunotherapy