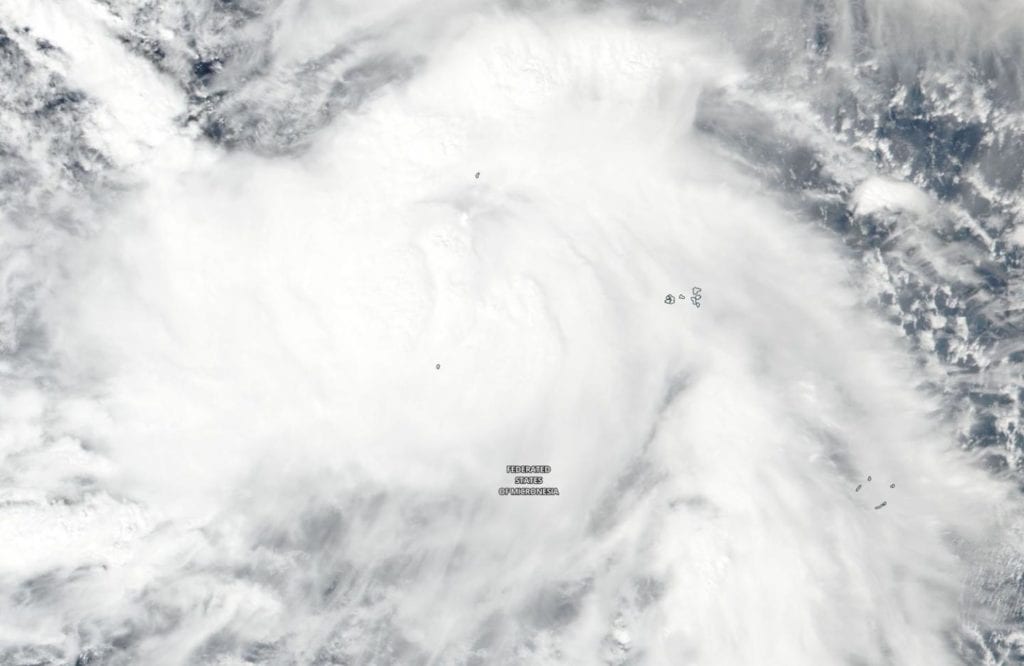 Tropical Storm Man-Yi continued to strengthen in the Northwestern Pacific Ocean as NASA-NOAA’s Suomi NPP satellite provided a visible image of the storm. Warnings are in effect through the Federated States of Micronesia at the storm continues to affect the region.

The Suomi NPP satellite passed over Man-yi on Nov. 21 and the VIIRS instrument provided a visible image. The VIIRS image showed Man-yi was a large and strong tropical storm over the Federated States of Micronesia. Tropical storm force winds extend outward from the center up to 115 miles making the storm about 230 miles in diameter.

At 7 a.m. EST (10 p.m. CHST local time/1200 UTC) the center of Tropical Storm Man-yi was located near latitude 8.9 degrees north and longitude 146.5 degrees east. Man-yi is moving west-northwest at 23 mph. It is expected to maintain this general course and speed over the next 24 hours. Maximum sustained winds remain at 65 mph.

Man-yi is forecast to intensify through Thursday possibly becoming a typhoon as it moves in a northwesterly direction. Maximum sustained winds are forecast to peak near 110 mph on Friday, Nov. 23.