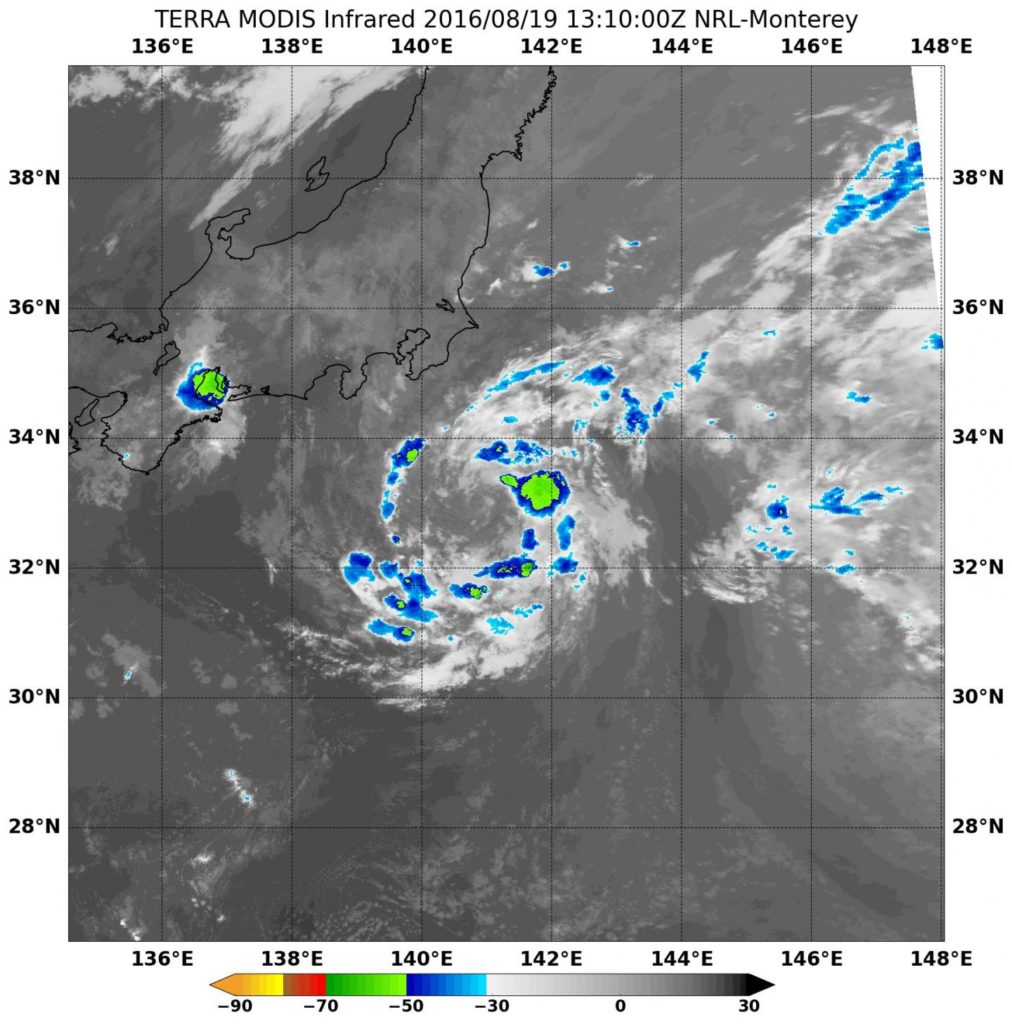 Tropical Storm Lionrock was moving south of Japan when NASA’s Terra satellite passed overhead and looked at the large storm in infrared light.

On Aug. 19 at 9:10 a.m. EDT (13:10 UTC) the Moderate Resolution Imaging Spectroradiometer or MODIS instrument aboard NASA’s Terra satellite read cloud top temperatures in Tropical Storm Lionrock as it moved through the northwestern Pacific Ocean. The infrared data showed Lionrock has a large low-level center with shallow and weak bands of thunderstorms wrapping into an ill-defined center

The infrared satellite imagery showed the bulk of strongest thunderstorms and convection (rising air that forms the thunderstorms that make up the tropical cyclone) associated with the system were northeast of the center. The MODIS data showed the coldest cloud top temperatures were near minus 60 degrees Fahrenheit (minus 51.1 degrees Celsius).

Animated enhanced infrared satellite imagery continues to depict an exposed low-level circulation center with deep convection flaring near the center. Strongest winds were occurring in the northern quadrant of the storm.

Lionrock is expected to have direct interaction with nearby Tropical Storm Mindulle on Aug. 22 and 23, when the two system centers approach to within 300 nautical miles of each other. The Joint Typhoon Warning Center said that encounter is expected to produce an erratic, slow southwestward to south-southwestward drift and slight weakening trend.

Lionrock is expected to remain south of Japan. The Joint Typhoon Warning Center expects that the storm will slowly intensify to about 55 knots by Aug. 24.