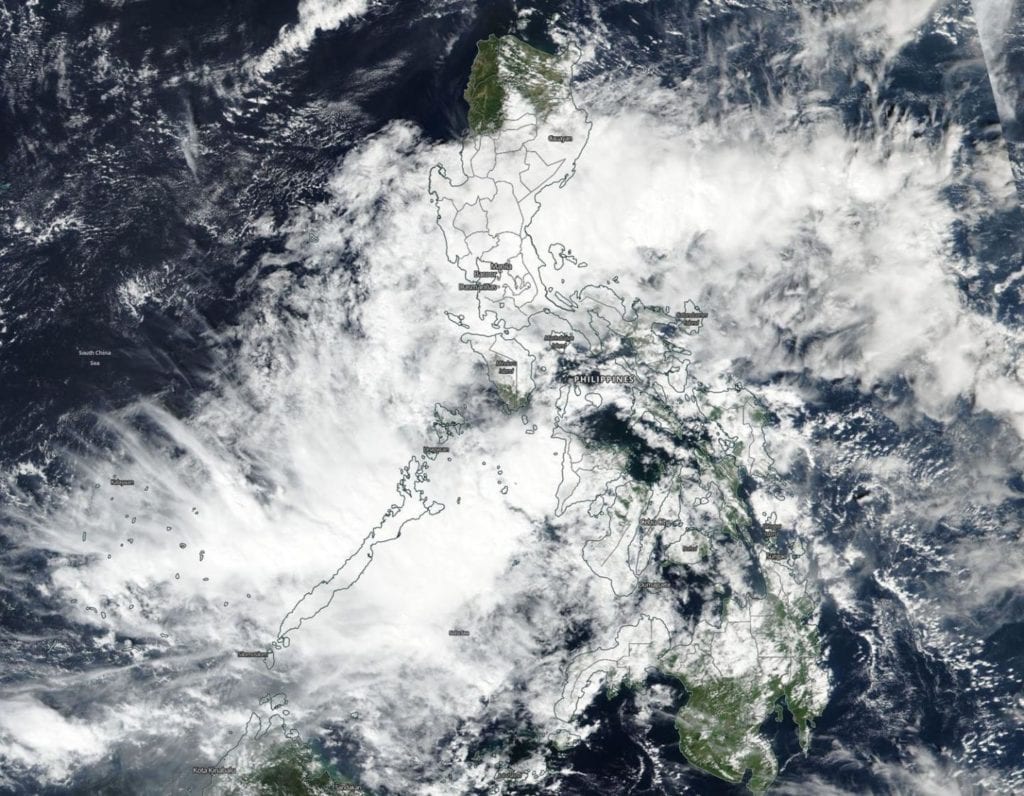 Tropical Depression 33W moved through the central Philippines and entered the Sulu Sea when NASA-NOAA’s Suomi NPP satellite provided a visible image of the storm.

The Sulu Sea is located west of the central and southern Philippines. The VIIRS instrument aboard the Suomi NPP satellite revealed that 33W’s center was in the Sulu Sea on Nov. 21 as the elongated storm extended over the island of Palawan. The storm appeared stretched out from southwest to northeast, and clouds associated with the depression stretched back into the central and northern Philippines.

Warm sea surface temperatures are helping keep the storm together as it battles moderate vertical wind shear of winds 20 to 25 knots (23 to 29 mph/37 to 46 kph). 33W was moving west toward the South China Sea where the wind shear is expected to ease. 33W is then forecast to strengthen as it crosses the sea and heads toward Vietnam.