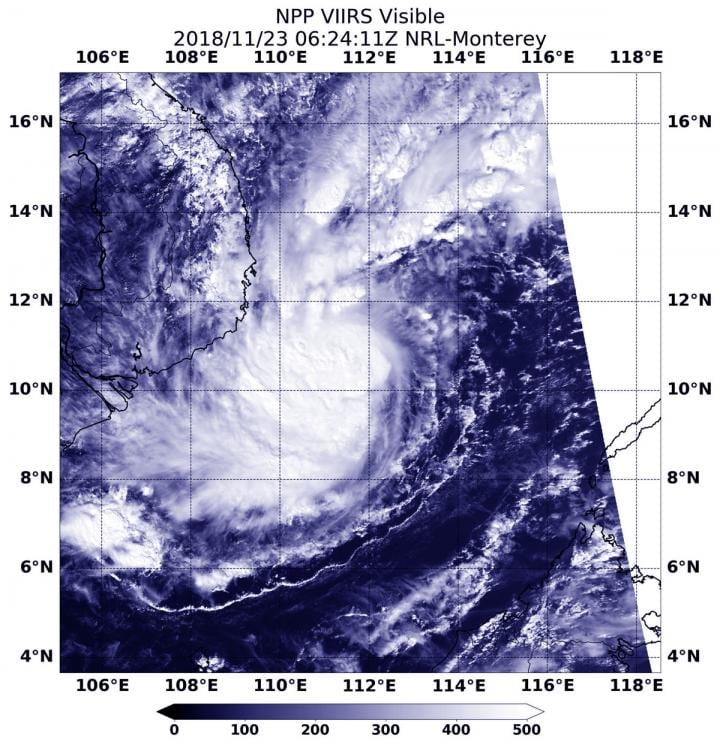 33W was a tropical depression when it crossed the southern and central Philippines. As it moved through the South China Sea over the last two days it strengthened into a tropical storm and was renamed Usagi. On Nov. 23, NASA-NOAA’s Suomi NPP satellite captured a visible image of the stronger storm on approach to Vietnam.

Suomi NPP passed over 33W on Nov. 23 at 1:24 a.m. EDT (0624 UTC) and the VIIRS instrument provided a visible image. The VIIRS image showed 33W had strengthened and its center was surrounded by powerful storms. Bands of thunderstorms wrapped into the low-level center from the southern quadrant.

JTWC forecasters expect 33W to make landfall very near Ho Chi Minh City late on Nov. 24, and then progress to the northwest into Cambodia