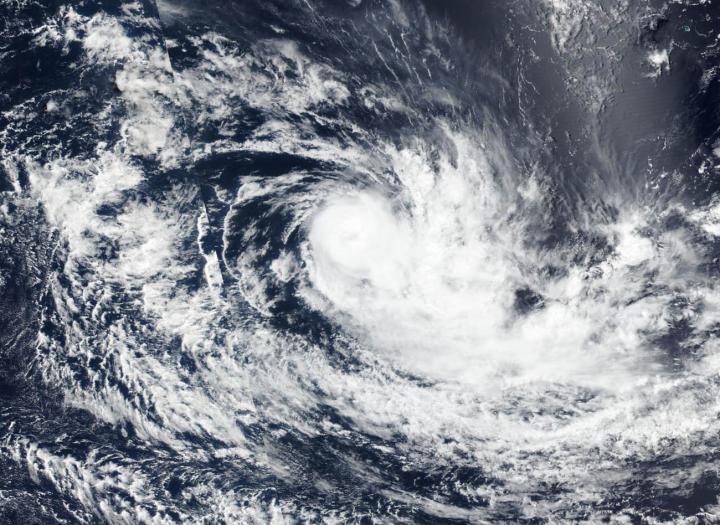 Tropical Cyclone Savannah weakened and “lost” its eye as high clouds filtered over it. NASA-NOAA’s Suomi NPP satellite passed over the Southern Indian Ocean and captured a visible image of the tropical storm that revealed high clouds had moved over its eye.

Wind shear weakened Tropical Storm Savannah and satellite imagery showed that it had become slightly elongated with clouds pushing southeast of the center. In general, wind shear is a measure of how the speed and direction of winds change.

On March 18, the Visible Infrared Imaging Radiometer Suite (VIIRS) instrument aboard the Suomi NPP satellite showed that Savannah still had a defined center, although the storm appeared somewhat elongated to the southeast, as a result of northwesterly winds. Visible imagery showed bands of thunderstorms were wrapping around the center, but the eye disappeared.

Savannah is forecast to continue to track west-southwestward and increasing vertical wind shear is expected to adversely affect the storm. The JTWC said that the overall unfavorable environment will gradually weaken Savannah leading to dissipation by four days (March 22), possibly sooner.

Using an embryonic pause to save the date

Scienmag Jul 8, 2019
Credit: 2019 KAUST Vinicius Lube Dates are one of the most significant fruit crops grown in the Middle East;…

Deer browsing is not stopping the densification of Eastern forests