NASA satellite provides a view of a large hurricane Humberto 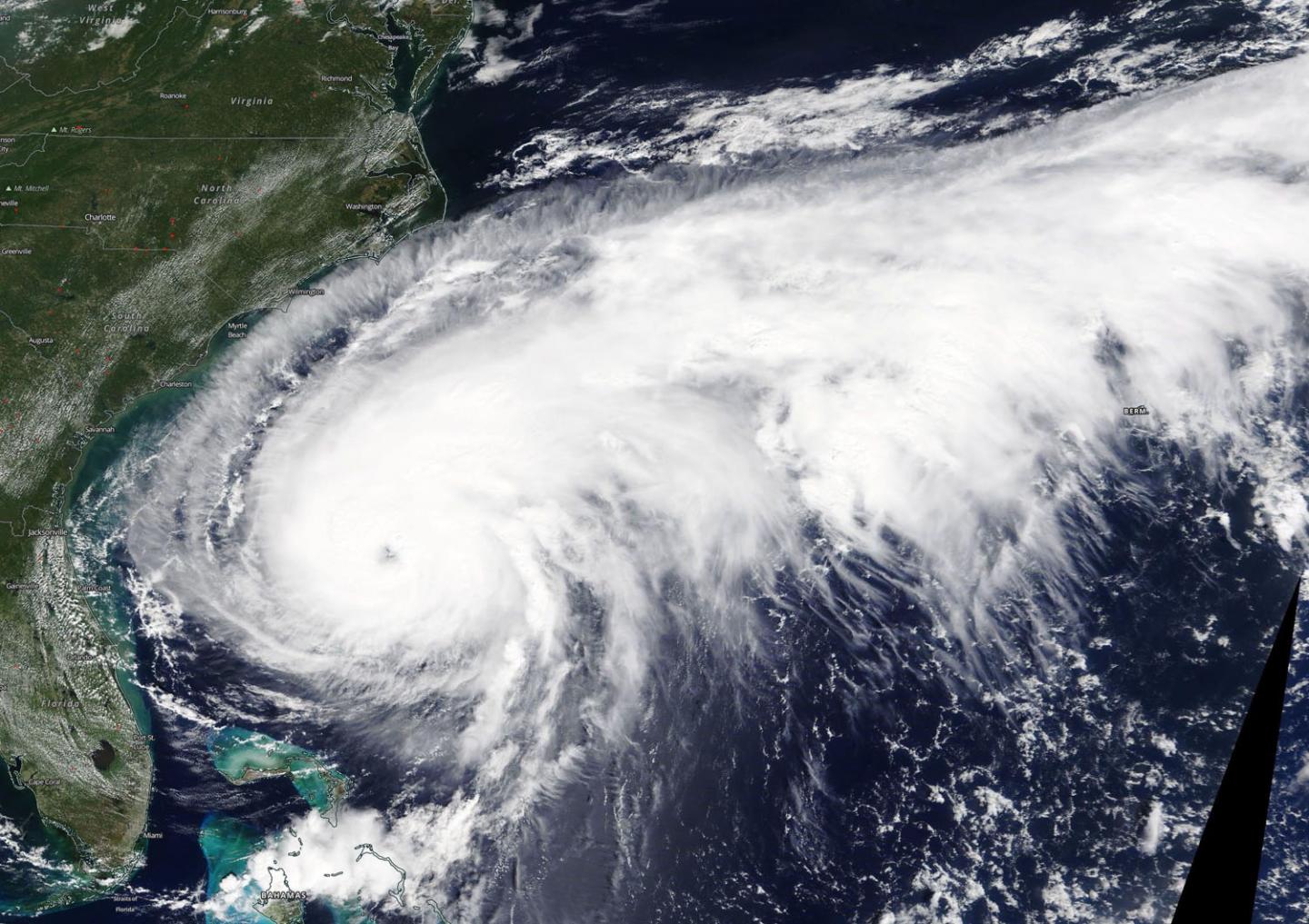 NASA’s Terra Satellite provided a visible image of Hurricane Humberto when it was off the coast of the Carolinas and slowly moving north. The satellite image revealed that Humberto is a very large storm.

On Sept. 16, the Moderate Imaging Spectroradiometer or MODIS instrument that flies aboard NASA’s Terra satellite provided a visible image of Hurricane Humberto. The storm appears quite large in the imagery as it stretches from Florida to North Carolina, and has a tail extending to the northeast for hundreds of miles into the western Atlantic Ocean north of Bermuda. In the image, powerful thunderstorms circled the eye, which was also visible.

Humberto appears to have grown in size, and although it is located off the U.S. East coast, its extent is reaching Bermuda. The National Hurricane Center or NHC issued a Tropical Storm Warning for Bermuda on Sept. 17. Humberto may bring periods of heavy rain to Bermuda beginning Tuesday, with rainfall accumulations of 1 to 3 inches expected. Large swells generated by Humberto will increase along the coast of Bermuda by Wednesday.

NHC said at 8 a.m. EDT (1200 UTC), the large and ragged eye of Hurricane Humberto was located near latitude 30.6 degrees north and longitude 74.0 degrees west. Humberto is moving toward the east-northeast near 8 mph (13 kph).

Data from the Hurricane Hunters aircraft indicate that maximum sustained winds have increased to near 100 mph (160 kph) with higher gusts. Hurricane-force winds extend outward up to 30 miles (45 km) from the center and tropical-storm-force winds extend outward up to 150 miles (240 km).The minimum central pressure recently measured by the reconnaissance aircraft was 961 millibars.

On the forecast track, NHC said the center of Humberto is forecast to approach Bermuda Wednesday night, Sept. 18. NHC forecasters said that strengthening is expected during the next 24 hours, and Humberto could become a major hurricane by late on Sept. 17 or 18.

Is centenarian democratization our near future?