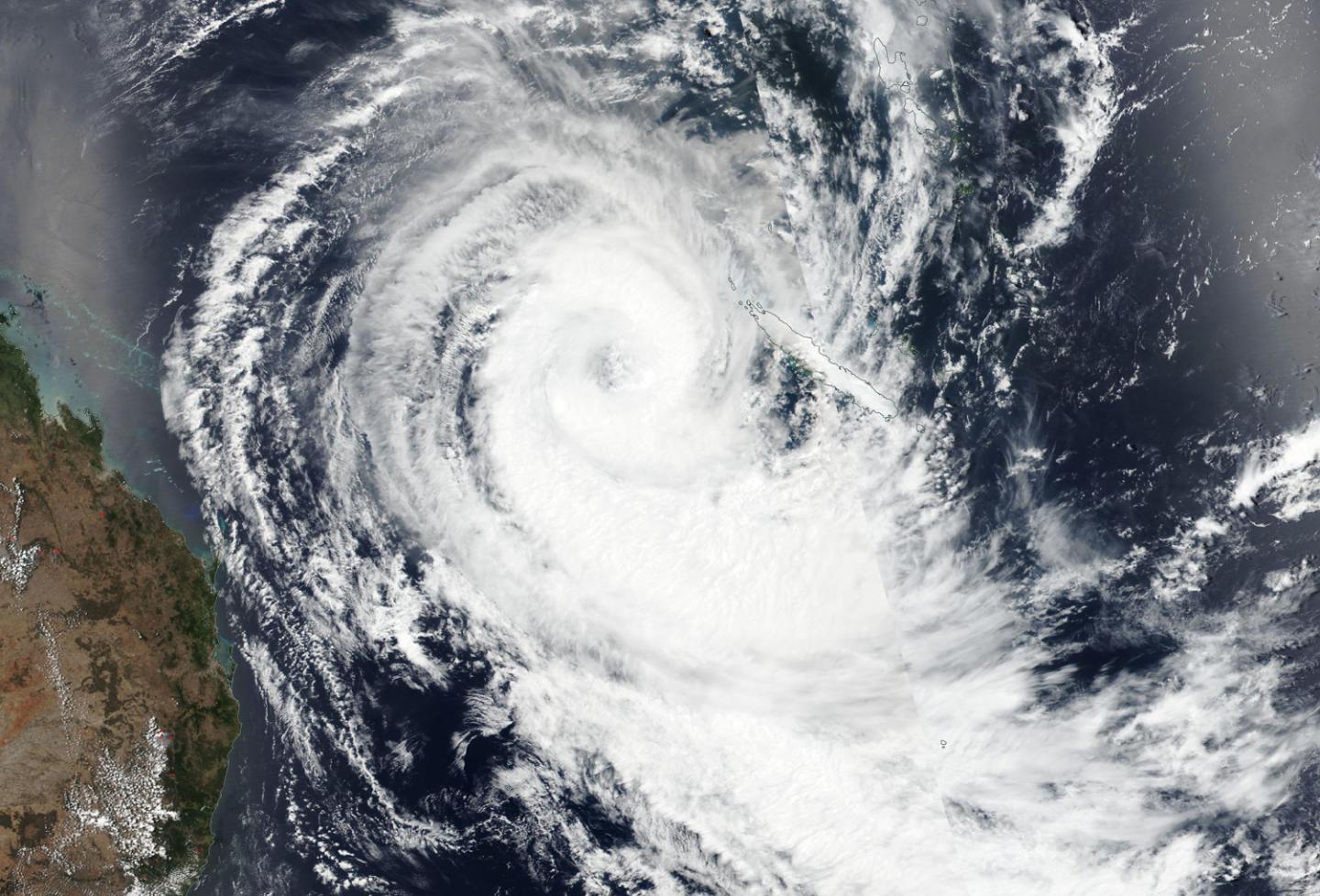 Tropical Cyclone Oma is a large hurricane with a big eye. The storm appeared well-organized on satellite imagery as it moved through the Southern Pacific Ocean.

On Feb.20, the Visible Infrared Imaging Radiometer Suite (VIIRS) instrument aboard NASA-NOAA’s Suomi NPP satellite provided a visible image of Tropical Cyclone Oma. VIIRS revealed a large eye surrounded by powerful thunderstorms. The JTWC noted that the system is struggling to intensify due to the large size of the eye.

The VIIRS image also showed a long band of thunderstorms wrapping into Oma’s low level center from the southern quadrant, giving the impression of a long tail. Oma is located west of New Caledonia and east of Queensland, Australia.

At 10 a.m. EDT (1500 UTC) the Joint Typhoon Warning Center or JTWC noted that Oma’s center was located near 22.1 degrees south latitude and 160.6 east longitude, that’s approximately 545 nautical miles northeast of Brisbane, Australia. Oma has tracked south-southwestward. Oma is forecast to turn to the west-northwest on Feb. 24 and pass near Cato Island.

Psychological support ‘not available’ to one in three cancer patients…