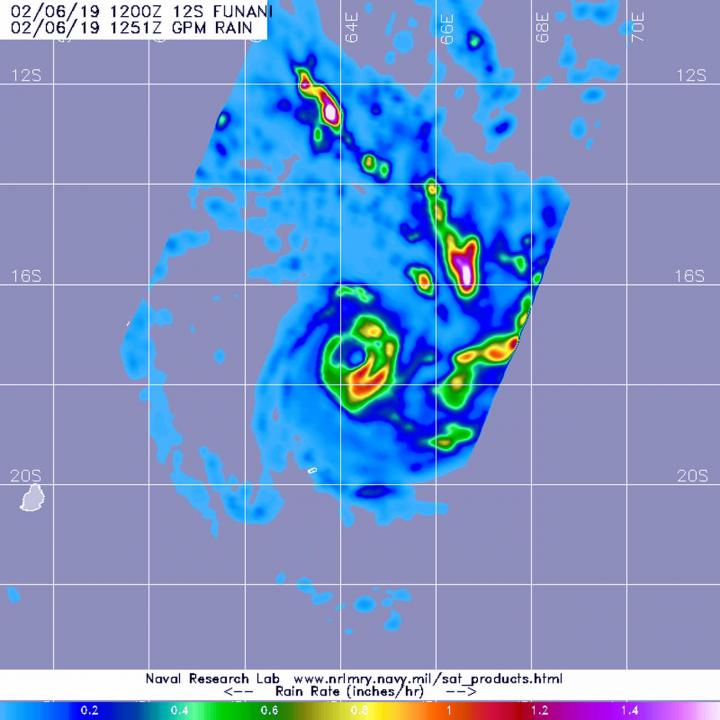 On Feb. 6, a tropical cyclone warning class 2 is in force at Rodrigues, with cyclonic conditions starting to occur from late evening (local time).

The Global Precipitation Measurement mission, or GPM, Core Satellite passed over Tropical Storm Funani at 7:51 a.m. EDT (1251 UTC). GPM found the heaviest rainfall was southwest of the center of circulation. There, rain was falling at a rate of 1.2 inches per hour. Other areas of heavy rainfall were occurring in fragmented bands of thunderstorms east of the center. GPM is a joint mission between NASA and the Japan Aerospace Exploration Agency, JAXA.

The Joint Typhoon Warning Center noted Funani is rapidly strengthening as it moves southeast. The storm will intensify to 105 knots (121 mph/192 kph) within two days, before starting to weaken.

University at Buffalo scientist receives federal grant for “Jewels in Our…

Scienmag Jun 26, 2019
Study seeks to identify genes that are unique to breast cancer in African American womenCredit: University at…