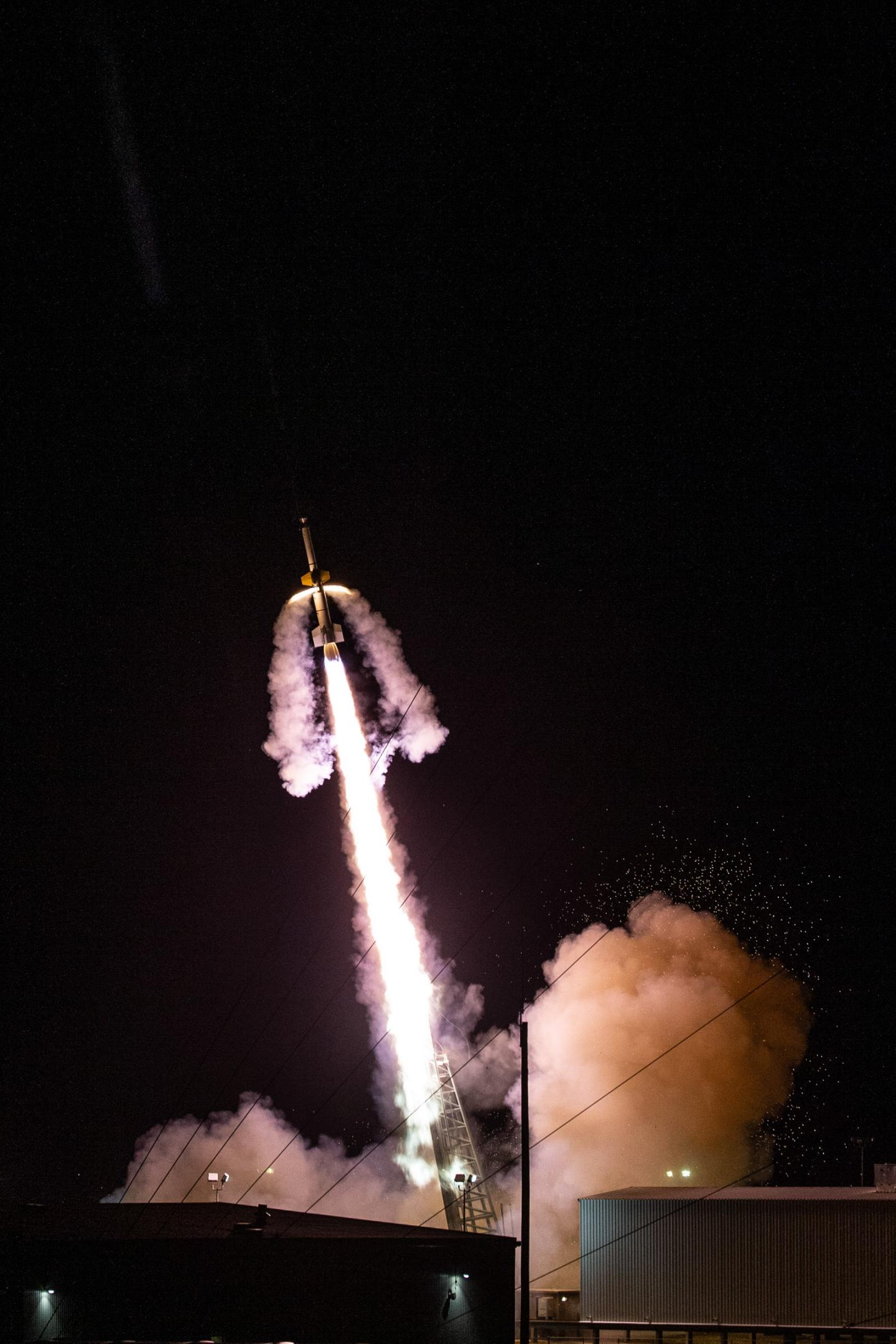 NASA launched one of its largest sounding rockets Sunday from an East Coast facility in an experiment led by a University of Alaska Fairbanks Geophysical Institute space physics professor.

The four-stage Black Brant XII rocket carrying the KiNET-X experiment of principal investigator Peter Delamere lifted off from NASA’s Wallops Flight Facility in Virginia at 8:44 p.m. Eastern time. The ascent of the rocket, which flew on an arc into the ionosphere before beginning its planned descent over the Atlantic Ocean near Bermuda, could be seen along the East Coast.

The experiment seeks to understand how a large mass of plasma such as the solar wind interacts at the particle level with, for example, the plasma of Earth’s space environment.

The interaction between the solar wind and a planet’s magnetosphere appears as the aurora, whether here on Earth or on another planet that has a magnetic field and a substantial atmosphere. Physicists have long been trying to understand how the interaction works.

“KiNET-X was a fantastic success, as the Wallops and science teams worked through unprecedented pandemic-related challenges,” Delamere said. “Hats off to all involved. We couldn’t have asked for a better outcome tonight.”

The rocket released two canisters of barium thermite, which were then detonated — one at about 249 miles high and one 90 seconds later on the downward trajectory at about 186 miles, near Bermuda in the North Atlantic Ocean. The detonations produced purple and green clouds.

The barium, once dispersed from the canisters, turned into a plasma when it became ionized by the sunlight. The barium plasma clouds, which generated their own electromagnetic fields and waves, then interacted with the existing plasma of the ionosphere.

The experiment’s science team has already begun analyzing the data from that interaction.

The launch came on the final day of the 10-day launch window. Previous days had been plagued by bad weather at NASA’s Wallops Flight Facility and in Bermuda, unacceptably high winds at upper elevations, and an incident in which the rocket “came in contact with a launcher support during launch preparations,” according to NASA.

Preparation began in 2018, when NASA approved the project.

NOTE TO EDITORS: Additional photographs are available at https://www.gi.alaska.edu/news/nasa-launches-rocket-search-aurora-answers