NASA gets an eyeful of Typhoon Fengshen 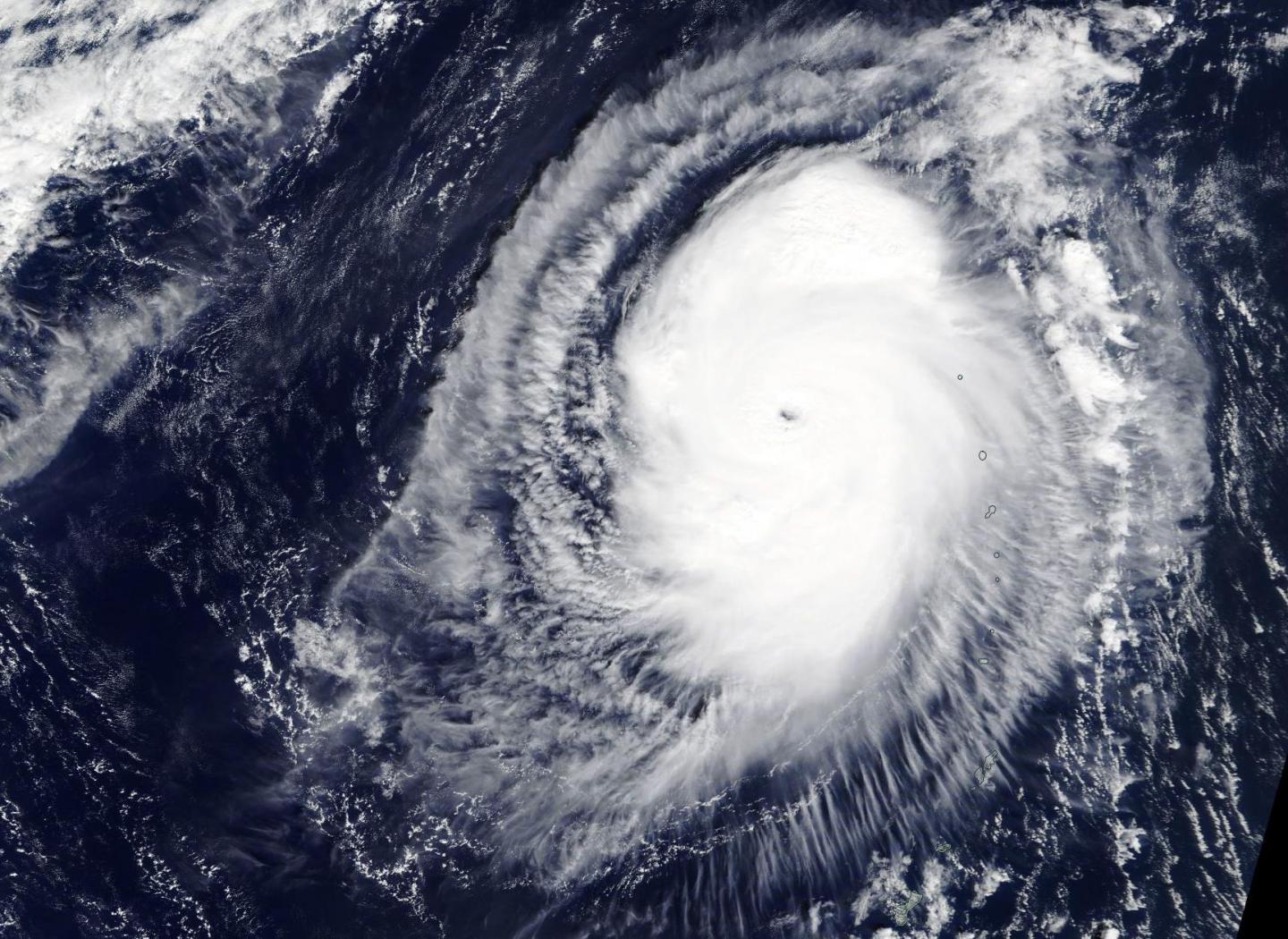 NASA’s Terra satellite captured an image of Typhoon Fengshen after its eye opened as Fengshen had strengthened from a tropical storm to a typhoon and developed an eye.

On Nov. 15, the Moderate Resolution Imaging Spectroradiometer or MODIS instrument that flies aboard NASA’s Terra satellite provided a visible image of Fengshen. The MODIS image showed the cyclone was producing a large area of deep convection and strong thunderstorms around the visible eye. MODIS imagery showed the eye is about 10 nautical miles in diameter. Bands of thunderstorms were wrapping into the eye.

At 5 a.m. EDT (0900 UTC), the center of Typhoon Fengshen was located near latitude 21.6 degrees north and longitude 142.3 degrees east. That is about 227 nautical miles south-southeast of Iwo To Island, Japan. Fengshen has tracked to the north-northwest.  Maximum sustained winds were near 110 knots (127 mph/204 kph).

The Joint Typhoon Warning Center expects slight strengthening over the day on Nov. 15 before a weakening trend begins. The storm is expected to make a loop over the next five days and head toward the northwest by Nov. 19, passing to the northeast of Iwo To.

NASA’s Terra satellite is one in a fleet of NASA satellites that provide data for hurricane research.