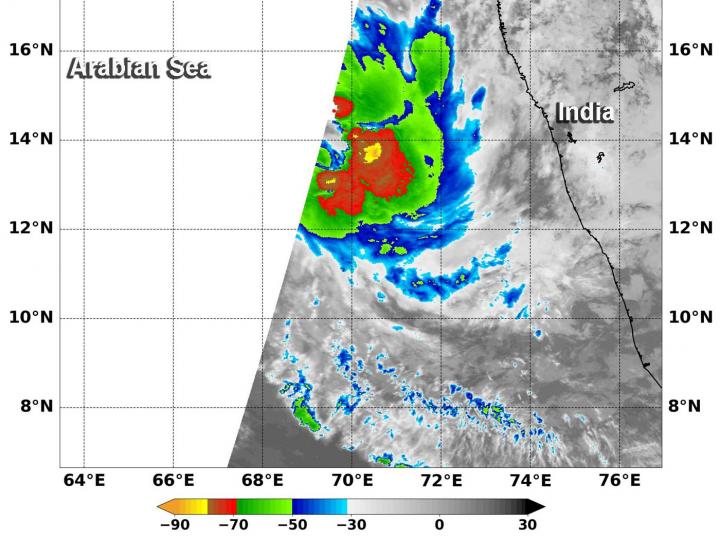 Tropical Storm 07A developed on Dec. 2 from a low-pressure area designated as System 91A. The storm consolidated into a tropical storm today and was renamed 07A.

On Dec. 3 at 12 pm. EST (1700 UTC) the Moderate Resolution Imaging Spectroradiometer or MODIS instrument that flies aboard NASA’s Terra satellite showed the southeastern quadrant of newly formed Tropical Storm 07A where cloud top temperatures (in yellow) were as cold as or colder than minus 80 degrees Fahrenheit (minus 62.2 Celsius). NASA research has found that cloud top temperatures that cold indicate strong storms with the potential to generate heavy rainfall.

Forecasters at the Joint Typhoon Warning Center expect 07A will move northwest. The system is not expected to intensify and is expected to dissipate in a day or so.

Tropical cyclones are the most powerful weather event on Earth. NASA researches these storms to determine how they rapidly intensify, develop and behave. NASA’s expertise in space and scientific exploration contributes to essential services provided to the American people by other federal agencies, such as hurricane weather forecasting.

How does protein fit in your holiday diet or New Year’s resolutions?