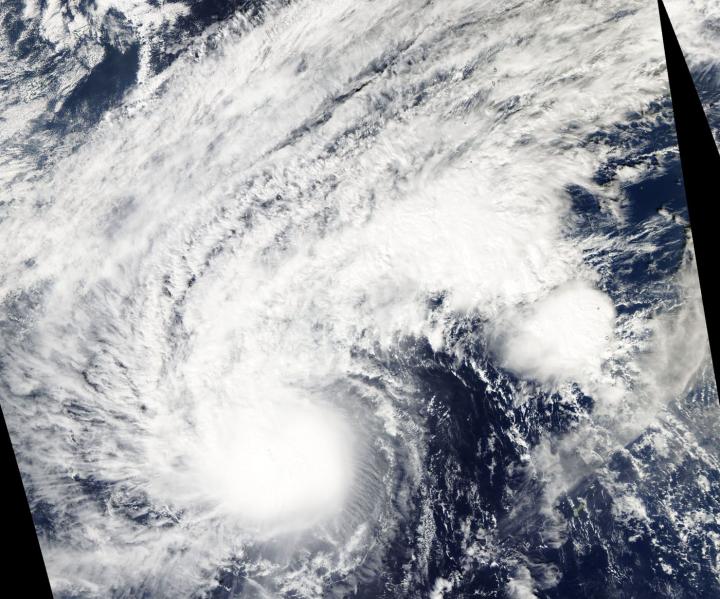 On Nov. 23 the Moderate Resolution Imaging Spectroradiometer or MODIS instrument aboard NASA’s Aqua satellite provided a visible image of Typhoon Many-yi in the Northwestern Pacific Ocean. The MODIS image showed that clouds had filled in over the eye, and the storm had become elongated. The elongation indicates that the storm is being affected by outside winds and will likely weaken.