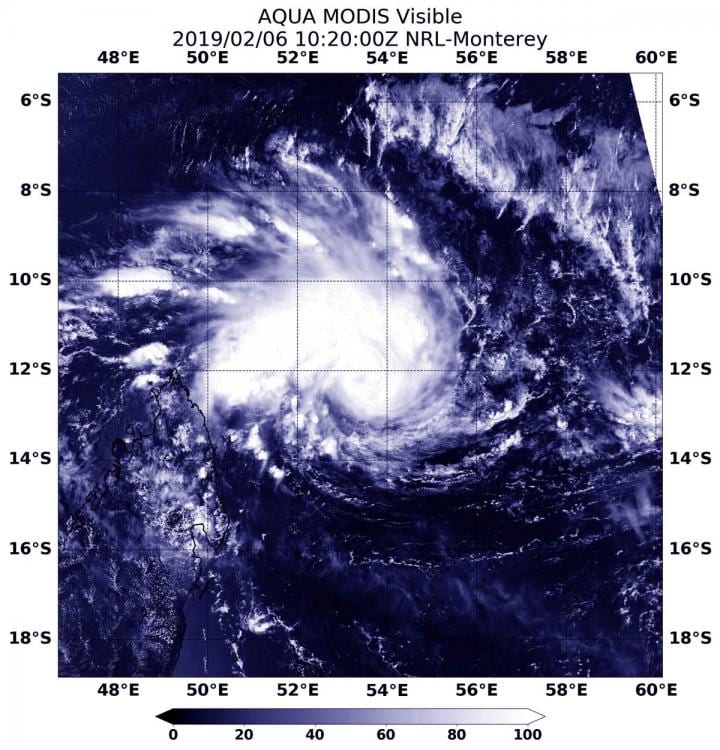 Visible-light imagery from NASA’s Aqua satellite revealed the development of Tropical Depression 13S into a tropical storm. Tropical Storm Gelena intensified rapidly and appeared to have a cloud-filled eye.

At 5:20 a.m. EDT (1020 UTC) on Feb. 6 the Moderate Resolution Imaging Spectroradiometer, or MODIS, instrument aboard NASA’s Aqua satellite provided a visible image of Tropical Storm Gelena in the Southern Indian Ocean. The image showed the storm developing an eye, with bands of thunderstorms wrapping into the low-level center.

JTWC has forecast Gelena to strengthen rapidly and will eventually turn to the southeast. It is expected to reach hurricane-strength upon approach to Rodrigues, on Feb. 9.

Genetically modified mice can show which functional foods can heal…